In the antique language of the Basques, they call the bar a herriko taverna—a people’s pub. It is difficult to find, buried in the basement of a crumbling building inside a warren of cobbled lanes deep within the old medieval quarter of San Sebastian. But it is popular, especially among a certain younger set in the beach-fringed town on Spain’s Atlantic coast, not far from the border with France. The attraction, however, has little to do with either alcohol or entertainment. Rather, the lure is political. For the bar in San Sebastian, like scores of similar herriko tavernas scattered all over the Basque country of northern Spain and southern France, is where the masked men from Euskadi Ta Askatasuna—better known as ETA—congregate. And it can be an uncomfortable place for a stranger to enter on a rainy night in October, only hours after ETA terrorists have narrowly failed to assassinate four locally based members of the Guardia Civil, Spain’s national police force.

“It’s not a good time to ask too many questions in here,” cautions the burly woman behind the bar, drawing a half-pint of Spanish draft beer. Chained to the tap on the bar in front of her is a large, round, fake bomb, painted black, a grenade stencilled in white just above a coin slot. “For the prisoners,” says the bartender. Photos of the prisoners in question are plastered around the walls, black-and-white

head shots of some of the 616 accused and convicted ETA cadres held in Spanish jails, all of them casualties of the group’s 30-year battle to win Basque independence. They peer stoically down upon the clientele: knots of husky young men and a few young women, grouped at the bar and a half-dozen vinyl-topped tables or shooting pool on a lone billiard table. The background music is deafening. Radical rock is what they call it, a trademark of the herriko tavernas.

It combines head-banging rhythms with overtly political lyrics in both Spanish and Euskara, the mysterious language of the Basques. It also stifles—or perhaps conceals—conversation. The burly woman at the beer tap leans across the bar to make herself heard. “If you want to talk to someone in Herri Batasuna,” she counsels, referring to ETA’s political arm, “be in Bilbao at noon tomorrow. Go to the main plaza. You’ll find them there.”

The bartender did not mislead. The following day, at Bilbao’s Plaza de Frederico Moyua, there were 10,000 chanting, cheering people on the march, all of them vocal supporters of Herri Batasuna’s legitimate politicians and, by implication at least, ETA’s armed gunmen. That march, however, was merely one episode in an unusually turbulent week for Spain’s Basque population, the two million feisty, fiercely independent people who live in the cities, farms and fishing villages scattered along their mountainous, postcardpretty stretch of Spain’s northern coast.

It began on Oct. 11 during the world cycling championships in San Sebastian, when a remote control device detonated 30 k of explosive in a stolen car just as a Guardia Civil patrol drove past. The four police officers escaped serious injury, thanks largely to the fact that they were travelling in an armored vehicle. The next day, the scene of the unfolding drama moved farther west to Bilbao with the 10,000-strong march, held to protest the impending trial of the entire 23-member leadership of the Herri Batasuna political party on charges of defending terrorism and collaborating with the armed separatist rebels of ETA, an acronym in Euskara for Basque Homeland and Freedom. As that trial began amid tight security in Madrid, another ETA plot was nipped in the bud at the site of Bilbao’s dazzling new Guggenheim Museum of Modern Art, the latest creation in bright titanium and honey-colored limestone of Canadian-born, California-based architect Frank Gehry.

Basque policeman Jose Maria Agirre helped foil a grenade attack on the $225-million museum five days before it was officially inaugurated by Spain’s King Juan Carlos and Queen Sophia on Saturday. Agirre and his partner, both members of the elite Ertzaintza, a scarletbereted and jacketed Basque unit, noticed a suspicious van and three apparent gardeners unloading giant flower pots outside the museum. When the pair of policemen approached, the gardeners first opened fire with pistols and then fled, provoking a wild car and motorcycle chase through Bilbao’s downtown streets be_ . . fore they were captured. Inside

pelled grenades, launchers and remote control detonators, suggesting that ETA was planning to hit the Guggenheim sometime during the opening celebrations last weekend. “I wouldn’t dare to say that the king was the primary target,” said the interior minister of the Basque regional government, Juan Maria Atutxa. “But the police helped avert a massacre.”

Agirre, 35, the father of a nine-year-old son, paid for that feat with his life. He was shot in the chest during the initial gun battle and died later in hospital. The killing was met with anger in the streets of Basque country. On Thursday, 300,000 people walked silently through Bilbao, following the same route the pro-ETA demonstrators had used four days earlier. Representatives of Basque political parties, unions, police and peace groups led the solemn crowd behind a banner that read “We need peace” in the Basque language.

Whether that prospect is in sight, however, remains doubtful, even among the Basques. “We’ve been demonstrating for 20 years—20 years—in huge numbers,” complained the head of the Basque regional government, Jose Antonio Ardanza, in the wake of the massive Bilbao march. “ETA is not impressed by this,” he said. “They will go on and on.”

Recent history certainly offers no reason for optimism. Last July, close to 500,000 people filled the streets of Bilbao to demand the freedom of Miguel Angel Blanco, a 29-year-old town councillor from the village of Ermua, halfway between Bilbao and San Sebastian, who had been kidnapped by ETA Only hours after that demonstration ended, Blanco was found fatally wounded on a roadside, with fresh bullet wounds in the back of his head. He was the 11th victim this year of the low-intensity warfare between ETA and Spanish authorities. Agirre was the 12th.

Since ETA was founded in 1968, some 800 people have died violently in the conflict. Most—617—have been killed by ETA Significantly, the vast majority of ETA-inflicted fatalities—572—have occurred since the death in 1975 of Spain’s longtime dictator, Gen. Francisco Franco. This has happened despite a gradual devolution of powers by successive democratic governments in Madrid upon an increasingly autonomous regional administration in Basque country. “There is no essential difference in powers between those enjoyed by the current Basque government here and that of a Canadian province, especially Quebec,” maintains Alejandro Saiz Arnaiz, professor of constitutional law at the Basque University in San Sebastian, who spent several months last year in Ontario and Quebec studying the Canadian federal system. The main difference between the Canadian and Spanish situations, Saiz argues, is “the cancer of bloodshed and violence that, in contrast to Quebec, makes the Basque regional autonomous problem so much more difficult to resolve.”

Precisely where the responsibility for that lies is difficult to answer. The Basques, after all, have been stoutly resisting outside authority since Paleolithic times. Their language, alone in Europe, predates the arrival of Indo-European tongues on the continent. And historical records indicate they were no pushover for the Romans either. Today, however, part of the answer for the Basques’ propensity for violence can be i found in those herriko tavernas that dot the landscape. “They are one of the breeding grounds,” says Saiz, “the place where Herri Batasuna, and by extension g ETA, recruits and indoctrinates.” Given the popularity 1 of the people’s pubs, the masked gunmen are likely to 2 be around for some time yet. □ 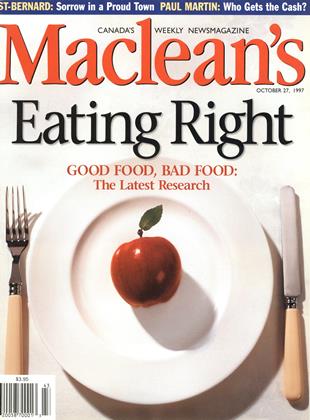