Until recently, Richard Ford’s fiction had never made the spectacular splash of John Updike’s or Saul Bellow’s, and yet it quietly won a devoted readership. When his last novel, the Pulitzer Prize-winning Independence Day, became an international best-seller, however, the American writer seemed to have achieved a breakthrough. Now the author, 53, has written Women with Men, a short-story collection

that is vintage Ford: intelligent, understated and touched with a haunting melancholy.

In the first of the book’s three tales, “The Womanizer,” Chicago salesman Martin Austin travels to Paris and becomes involved with a woman called Joséphine. To say he falls in love with her would be exaggerating, because Martin seems a creature less of passion than of curiosity. He drifts through relationships in a quasidepressed state, analyzing endlessly, and compelled by a need to make the “right” gesture, rather than the one he most deeply feels. Little won-

der he brings disaster into Joséphine’s life. The story puts a compelling new twist on the old innocent-abroad theme, yet falls prey to flatness at times— the result, perhaps, of focusing on a depressed hero.

Ford’s finest story is “Occidentals,” which also concerns Americans in Paris. Charley Matthews and his girlfriend, Helen Carmichael, have come to the City of Light to meet the French publisher of Charley’s first novel. But the publisher is away, Paris is cold, and Helen has cancer. Her spirited response to her disease, however, teaches Charley a good deal about living and dying. Ford is deeply memorable here, slipping images into the reader’s mind—at one point, Charley watches a homeless person creep into a cemetery vault to sleep—with all the dangerous skill of a professional smuggler. 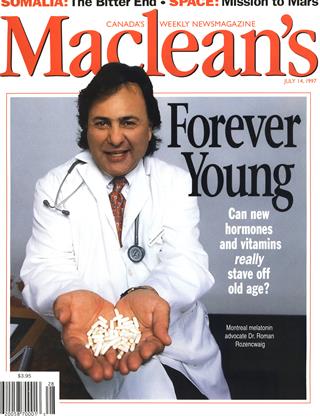