In the classic 1972 film The Godfather, there is a scene in which Michael Corleone expresses worries about the bloodshed that will inevitably follow his decision to avenge an attack on his father. His seasoned adviser, a trusted hit man named Clemenza, shrugs. “It has to happen every five years or so anyway,” the hit man says. “It gets rid of the bad blood.”

Until recently, a similar attitude has prevailed in the slightly less sinister circles of economic theory. For decades, it was conventional wisdom that famine follows feast and that every period of prosperity must culminate in a bout of bloodletting. In the current upswing, however, a new theory has gained ground. According to a growing number of Big Thinkers, profound changes in technology, finance, political ideology and employment—as well as the globalization of consumption and production—have converged to produce the death of the business cycle.

Historically, the cycle has had four distinct phases. First, there is a period of expansion. Then comes uncertainty, often accompanied by capital market volatility, inflation and rising interest rates. That is followed by recession and, eventually, recovery. Proponents of the new theory argue that deregulation and the trend towards a service-based economy have smoothed those peaks and valleys. Information technology and global markets are also key to this new era of stable, sustainable growth.

On the surface, at least, it’s a compelling argument. The perpetual evolution of advanced technology reduces the cost and raises the quality of information available to businesses of all sizes. At the same time, the development of financial derivative products helps to manage and contain capital market risks. For example, companies that produce or consume price-sensitive commodities such as gold, oil or base metals routinely hedge their risks by locking in future contracts at a fixed price. The expansion of modern capital markets has also reduced risk: money can be borrowed from a growing array of sources so that companies and countries are no longer dependent on one source of capital.

Free trade, lower transportation costs and strengthened emerging markets can also play a role in squashing the cycle. Not only is there untapped consumer demand for everything from refrigerators to satellite systems, there is also enhanced flexibility on the production side. Companies and capital can easily locate wherever they can maximize competitive advantage. The increased use of part-time workers has further contributed to flexibility and lower fixed costs.

But as with any theory, flaws become apparent when it is superimposed on reality. And the catch with this particular theory is the stock market, where primal fear and greed remain the driving forces.

The stock market tends to be immune to all theory because it is the supremely unscientific reflection of human nature and collective perceptions. And it is human nature to cling to lessons of the past, long after they may have become irrelevant For example, although there is little evidence of inflation in the North American economy, investors continue to react viscerally to any perceived threat of such a negative indicator. After all, extended periods of growth have historically resulted in inflation, higher interest rates and weakened equity markets.

More than ever before, the stock market has been integrated into economic life; it no longer exists as a parallel universe because so many individuals have invested so much in it through mutual and pension funds. Their views on the health of the economy dictate where billions of dollars are allocated and, increasingly, how corporations are managed. As well as influencing consumer confidence, the stock market helps to fund new business ventures and create jobs.

In the end, financial markets thrive on turmoil and, occasionally, bloodshed

The more turbulent characteristics of the business cycle may have been subdued. But in the end, financial markets—and human nature—thrive on turmoil and, occasionally, bloodshed. 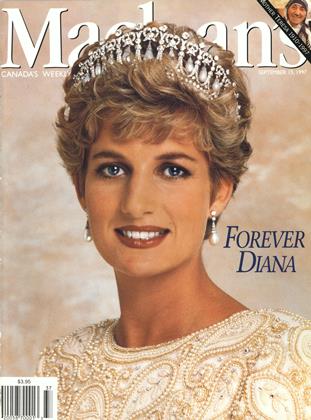