Lawrence Ngai and his wife Donna were bursting with optimism when they moved into their new $650,000 two-bedroom apartment in Hong Kong’s Kowloon district in March, 1997. Nothing seemed beyond their reach. The economy was charging ahead, and Ngai, 30, a mechanical engineer, opened a consulting firm. But within months, his fledgling business was teetering on the edge of bankruptcy and the couple’s home had lost more than half its value. As Canadian owners of Asian mutual funds know only too well, much of the region’s vaunted economy collapsed in the serial sickness that became known as the Asian Flu. “It was bad,” sighs Ngai. “We’re just trying to survive. It is going to take time to restore the boom of the early 1990s.”

Asia is still littered with the wreckage of economic meltdown. Megaprojects like Malaysia’s 88-storey Petronas Twin Towers, at 452 m the tallest buildings in the world, remain unfilled. Corporate titans like South Korea’s Daewoo Group, which once produced everything from computer chips to cars, have been dismembered. Thailand alone has closed more than 15 banks. But despite the carnage, there are indications that bitter economic reforms, which led to layoffs of thousands of people from Jakarta to Tokyo, have started to kick in. Stock markets are on the rebound, and the so-called tiger economies, while hardly roaring, are beginning to growl again. China, which remained largely unscathed by the free-market contagion, continues to post solid gains. And even

Japan’s sluggish economy, the world’s second-largest and once the main engine fuelling growth in the region, seems to be sputtering to life after nearly 10 years of stagnation. “Japan is bumping along the bottom,” 00 ^

Prime Minister Jean Chretien will get a firsthand look at Japan’s progress when he leads a group of premiers and 250 business people on a Team Canada visit there next week. By then, he will be well briefed: he will arrive from Auckland, New Zealand, where he and leaders from the 20 other members of the Asia-Pacific Economic Co-operation forum will discuss the region’s prospects at their annual summit. They are likely to report that while 1998 was a disaster—Asian economic output as a whole fell by nearly one per cent after years of soaring growth—this year is showing a healthy resurgence and 2000 could feature regional expansion of more than two per cent. Stock markets are already taking note, to the relief of those mutual fund holders. Japan’s Nikkei index has risen by 37 per cent from its bottom last October, Hong Kong is up 98 per cent in 12 months, and Korea, Thailand and most other Flu victims are also rising nicely. Kenneth Courtis, chief economist at Deutsche Bank Group Asia Pacific in Tokyo, believes that if the world’s

economy continues to grow, the increasingly lean-and-mean Asian tigers will boom. “These countries have chopped their costs down low enough that they are competitive again,” said Courtis. “Now they have real claws.”

Much of the region’s future prosperity, however, depends on the 126 million residents of Japan’s crowded islands, who had already been suffering eight years of economic stagnation when the Asia crisis hit. Without a robust Japan, analysts fear, the region’s nascent recovery is doomed. The government has repeatedly tried to get Japanese to boost growth by spending some of their famously high savings, but consumers remain wary. Unemployment has reached a record 4.9 per cent— and many workers fear they may be next. Yet on the streets of Tokyo, it is hardly all gloom and doom. Women still browsed last week through the luxury shops on the Namikidori, a tree-lined avenue paved in red granite in the heart of Tokyo’s Ginza shopping district. Their passion for thousanddollar imported handbags was supposed to have vanished in the economic rubble, but many still make sacrifices to purchase products made by the likes of Louis Vuitton, Gucci and Chanel. “My summer bonus was cut,” admitted Yoko Shimada, a 25-year-old office worker, as her eyes caressed a tan satchel bearing the all-important interlocking Vuitton insignia. “But as I live with my parents and plan to get married soon, I guess I can still afford it.”

At dusk, just 10 minutes from Ginza in the adjacent white-

collar Shimbashi district, businessmen are still pampered by geishas in the elegant expense-account restaurants that line the quiet side streets. But nearby, business is not what it once was. Empty taxicabs line up for fares, and new discount shops are proliferating that sell nothing priced over 100 yen ($ 1.40)—the Japanese equivalent of the dollar store.

The buzzword shaping the long-sought Japanese turnaround is ristora, a Japanese approximation for restructuring.

In pursuit of ristora, the government no longer forces corporations to employ workers for life, and has allowed some of its leading financial institutions to fail. Interest rates have been slashed, while the government has embarked on huge public spending. That has made Japan’s government debt the worst in the Group of Seven industrialized countries.

But such concerns do not seem to faze foreign investors.

Major Western corporations, believing the economy has hit bottom, have been buying struggling Japanese firms. Their enthusiasm is largely responsible for a rising yen—it closed at a robust 109 to the U.S. dollar last week—and the remarkable rebound of the Tokyo stock exchange. The Nikkei’s close at 17,631 last week is still less than half of the peak it reached on Dec. 29, 1989, just before Japan’s real-estate-fuelled “bubble economy” crashed, but that is healthy. Edwards believes that the fruits of the fiscal restructuring are sustainable. “Japan did not make the changes it should have when it came out of the bubble,” said the ambassador. “But the recent crisis has really focused minds on what needs fixing.”

trading partner—have slowed since the Asian Flu hit, but many of the business people with Chrétien hope to cash in on another aspect of the Japanese recovery. Tokyo is pinning much of its growth hopes on the Internet and technology. Personal computer sales are humming, while about 10 per cent of households and 80 per cent of businesses have Internet access. A new kind of Japanese entrepreneur is emerging in the high-tech boom. Masayoshi Son, whose ethnic Korean family were poor squatters, is the 42-year-old founder and chairman of Softbank. Established in 1981, Softbank has grown from a wholesaler of software into a major player in the Internet and turned Son, often called Japan’s Bill Gates, into one of the world’s richest men.

Such growth is creating opportunities for Canadian high-tech companies, including Jetform of Toronto, which has

captured 80 per cent of the Japanese market for electronic business forms. “The interesting thing,” said Edwards, “is that while there is a significant decline in the overall volume of our exports, in hightech areas it has been growing.”

Revving up Japan’s import and investment machine would also help the rest of Asia consolidate its shaky turnaround, often in the wake of painful financial restructuring. “Many of these countries are gaining strength,” said Josh Mendelsohn, chief economist at the CIBC. “Even Indonesia, which really went through the wringer, is improving.” Indonesia’s economy shrank by 13.7 per cent in 1998, and it continues to be riven by communal and separatist conflicts such as the East Timor struggle (page 32). But it is still projected to grow by up to two per cent next year. South Korea and Thailand—aided, like Indonesia, by the International Monetary Fund—have undertaken sweeping reforms. Their economies are already showing growth this year. All three countries have pledged to make their financial systems more

transparent and less vulnerable to cronyism and corruption, often cited as key reasons for the massive overlending that precipitated the crisis.

Korean President Kim Dae Jung has even managed to reform the chaebol, the giant conglomerates such as Hyundai, Daewoo and Samsung that helped turn South Korea into an economic giant. The chaebol enjoyed unlimited access to bank loans and were allowed to borrow and expand without regard to the debts they ran up. “The message is loud and clear,” said Yi Sang Seung, an economist at Seoul’s Sogang University. “From now on, even top chaebol can be dismantled when they make wrong investments and lose money.”

While economies may be turning around, skeptics say that the reforms may not go deep enough to sustain the recovery. Other analysts worry about China.

The Asian giant is racing to reform its economy by making state-owned firms operate like private businesses. More than 30 million people are now unemployed, and if the economy slows, Beijing might choose to devalue the currency in a bid to boost exports. That could trigger a new round of Asian devaluations. But William Overholt, Asia strategist with Nomura Securities in Hong Kong, believes the country will successfully transform itself. “China started to develop later than others in the region,” he said, “but they decided to learn from what others were doing in the crisis cleanup.” In the end, Overholt says the future of the Asian tigers rests with American consumers. The booming U.S. economy is soaking up cheap imports from Asia. “If U.S. markets collapse,” said Overholt, “Asia would have problems.” But so far, the harsh medicine much of the region swallowed to combat the Asian Flu looks like it is starting to work. 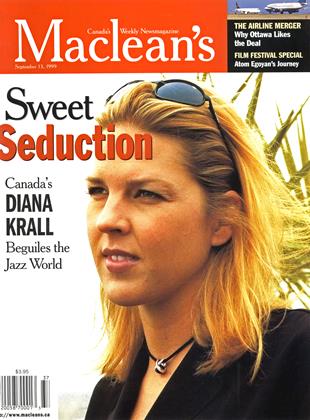