Regulators typically spring into action, firmly bolting the barn door, once the horse has run off. That’s what appears to have happened again on March 27, when the Canadian Securities Administrators released their new disclosure proposals for mining companies. “We appreciate that there may be some additional costs to the industry,” noted CSA chairman Douglas Hyndman. “But we believe that the proposal does strike the right balance between the needs of investors and industry.”

This may be one of the few instances where that balance is attained: for the past few years, technology-dazzled investors have shunned junior mining stocks. As a result, many undercapitalized juniors have abandoned the mining business, aggressively reinventing themselves as Internet or dot-com ventures. Among the growing list: Vengold became the Internet incubator called Itemus. Sikaman Gold Resources morphed into e-tailer NorstarMall.ca. Orcana Resources transformed itself into a business-to-business e-commerce software developer. William Resources and Rocca Resources reinvented themselves as Internet entrepreneurs.

Just four years ago, the metals and minerals and the gold and precious minerals indices represented about 25 per cent of the value of the Toronto Stock Exchange. And Canada was internationally renowned for its feisty junior plays. Currently, the metals and gold weighting on the TSE has slipped to about 6.5 per cent of its total value, while shares of Nortel Networks carry almost 20 per cent of the TSE 300 on their own.

There are several reasons for that dramatic about-face. First, the Bre-X Minerals scandal cast a pall on small Canadian mining companies—and their regulators. Then slumping demand from Asian economies weakened commodity prices for base metals. Hedging programs and central-bank divestments devastated the price of gold. And a restructuring of European capital markets and investment firms saw many of the traditionalists, who had long adhered to gold shares, replaced by younger, more technology-oriented fund managers. Consequently, the investment in Canada’s junior mining sector plummeted to $532 million in 1999, from more than $4 billion in 1996.

Until the recent backlash against start-up tech companies set in, the move from mining to technology provided a quick uptick in share price. Stock in Itemus, for example, held at about 69 cents when it traded as Vengold. Almost overnight, it popped to $3.50 a share, wielding a hefty market capitalization of more than $500 million.

Part of the reason for such impressive gains is that the stock promoters, who deftly manoeuvred mining shares for years,

merely transferred their talents to junior technology markets, which now have the same speculative edge. According to veteran mining analyst John Ing, president of Maison Placements, promoters can take over a mining company shell— complete with an instant listing on the Canadian Venture Exchange—for $500,000 to $1 million. “Buying a shell shortens the whole process,” explains Ing. “And when it comes to promoting a stock, it doesn’t really matter if it’s diamonds, gold or software.”

Another reason for the rapid gains was that institutions and other investors were anxious to sidestep inflated market valuations and the soaring prices for initial public offerings. That made them greedy to get in on early-stage development, which made Internet incubators and other ventures with concepts but no earnings or products remarkably attractive investments.

The recent abrupt shift in market sentiment has, however, thrown a nasty curve at the new technology ventures. And as suddenly as they gained popularity, they seem to have lost it. Many retail investors with a taste for aggressive plays have been squeezed by margin calls. And major institutions and analysts are now focusing instead on large-capitalization companies with established names. These are the so-called tier 1 stocks that manufacture products for the infrastructure of the New Economy, like Nortel, Cisco Systems, Lucent Technologies and JDS Uniphase.

The irony is that the prospects for junior mining are starting to improve. The tough times have caused a rationalization and consolidation in the business, a process that John Ing describes as a “healthy revitalization.” And although gold prices remain soft, production costs have been dramatically lowered by the surviving producers, and several have also curtailed their self-destructive gold-hedging programs. On the base-metals side, commodity prices are firming as the North American economy continues to expand, and European and Asian economies also move into a more prosperous cycle.

Furthermore, the improved disclosure requirements for the mining sector give it a renewed credibility with investors, at exactly the same time that dot-com accounting has become a source of growing concern. In the United States, regulators are already turning their attention to reforms and strict new rules for such things as the restatement of earnings and the “pooling of interests” in acquisitions. In fact, dotcom companies are now as volatile and speculative as junior mining companies were just a few years ago. The only difference is that, so far, even though the horse has started to kick down its stall, it’s still in the barn. 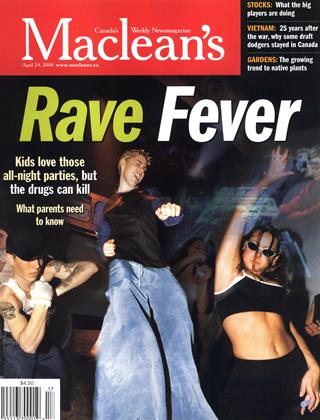