On April 25, 1959, the first Canadian icebreaker plowed through the frozen surface of the St. Lawrence Seaway and Power Project. Stretching from Montreal to Sault Ste. Marie, Ont., the mammoth Canadian-U.S. co-venture, which officially opened in June of that year, was the product of nearly 60 years of political wrangling, costing more than $1 billion at the time. It drew 1.5 million tourists to the hub of construction, the “Seaway City” of Cornwall, Ont. With its ability to move 25,000-tonne ships from the Atlantic Ocean to the head of the Great Lakes and potential to generate 1.6 million kilowatts of hydroelectricity per day at the Moses-Saunders International power station, the seaway was hailed as “the greatest engineering feat of our time” by American newsman Walter Cronkite.

But other numbers and more sombre stories documenting the human cost were not as well publicized. Seven entire communities— Milles Roches, Moulinette, Wales, Dickinson’s Landing, Farran’s Point, Aultsville and Iroquois— were flooded, the waters swallowing up 20,000 acres and 1,100 farms. About 6,500 people lost their homes and, with that, a part of their history. Some 40 years after Ontario Hydro bought her family’s 180-year-old dairy farm, Katie Mullin, 92, still fumes. The property appraisers “would come and wear you down,” she says. “They’d walk all over the property and start cutting down our trees”—to prepare the land for flooding before she had agreed to sell.

1889 federal law that was finally softened in 1970. Many of those whose land was seized were descendants of the United Empire Loyalists who arrived in 1783, after the American Revolution. But ancestral homes were not the only casualty. The mighty Long Sault Rapids once travelled by the Prince of Wales were ignominiously dammed up and drained. Seventeen churches, 18 grave-

To compensate communities for their sacrifices, the government launched a “rehabilitation program” in June, 1955, the year expropriation began. Under the plan, Ontario Hydro promised to pay market value plus a small percentage for the land. But Mullin contends the prospect of flooding badly depressed values. “The only people who thought it

was a good deal were the people who had very little,” she says.

What wasn’t submerged was moved. Hydro transferred the oldest headstones of the 5,059 graves to be flooded to a commemorative wall in Crysler Park outside Cornwall. And a few recently buried bodies were exhumed. But most graves were “capped”—covered by a layer of fill—before “Inundation Day” on July 1,1958. For the living, the communities of Long Sault and Ingleside were created specifically to receive 531 transplanted houses. Jim Brownell, a Long Sault public schoolteacher and president of the Lost Villages Historical Society, which runs a commemorative site near Cornwall, was 10 at the time. He recalls the unbelievable sight of three moving machines parading whole houses down the town’s new streets. “One woman forgot to move the plates off her mantle,” Brownell recalls. When the house arrived, he says, “they were still intact.”

From the edge of one of the lost villages, Brownell waited for the explosion of the coffer dam to signal the beginning of the flooding—an event watched by thousands gathered at the hydro dam. “For me, it was exciting,” he says. “But the adults were very sad. Some were quite bitter.” That bitterness might have abated had the seaway delivered on its economic promises. The initial boom in the Cornwall area, fuelled by thousands of construction jobs, went bust almost as soon as the waters rose. And the seaway, says Brownell, is in danger of becoming obsolete because many of today’s supertankers are too large for the Canadian locks—a final irony for Katie Mullin and others whose lands were flooded. E3 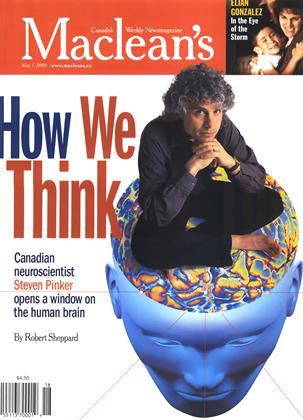