Not so long ago, the Canadian oilpatch was unmatched when it came to colourful characters. The industry’s combination of risk, reward and low barriers to entry attracted a group of independent wildcatters. And Canada’s western sedimentary basin was an oiland gas-rich playing field for them.

Along with the perennial boom and bust of commodity prices, these larger-than-life egos and personalities occasionally contributed to the industry’s bouts of market volatility—especially among the junior and intermediate companies. There was Dallas Hawkins III, whose many anecdotes included one about lashing himself to the mast of his boat on a stormy sail to Hawaii; Jack Pierce, a cofounder of Ranger Oil Ltd., who used a helicopter for the commute between his Turner Valley cattle ranch and his Calgary office; and AÍ Markin, the high-living president of Poco Petroleums Ltd., which owned a custom corporate jet and an upscale Alberta hunting lodge.

But the industry’s cast of characters has gradually been replaced by a more bloodless troupe of lawyers and accountants. The notable exceptions are the plain-talking J. C. Anderson, of Anderson Exploration Ltd., which recently snatched Ulster Petroleums Ltd. from a rival American bidder, and, until his boardroom ouster, J. P. Bryan of Gulf Canada Resources Ltd.

One of the principal reasons for this change of the guard is that large, powerful institutional investors don’t like surprises. They reward consistent, predictable performance and low operating costs—which means no corporate jets and no hunting lodges. Another factor is the recent round of consolidation among the once-vibrant junior and intermediate players.

The steady pace of these mergers and acquisitions reflects the maturation of Canadas oil business and the western sedimentary basin. In fact, after the United States, Canadas conventional western oilfields are now the most depleted in the world. In the early 1990s, junior companies made a hearty meal of these geological scraps. They deployed the latest technology, including horizontal drilling, threedimensional imaging and enhanced recovery, to drain the basin’s dregs. But as that process has been completed, smaller independents have joined forces with larger companies to pool remaining reserves and branch out into costly foreign and heavy oil projects.

Another engine behind the drive to consolidate is that capital is in extremely short supply. Even as world crude oil prices soared to nine-year highs in the first quarter of this year, the share prices for oil companies languished. Typically

in that time, the stocks traded at just over three times cash flow, well below the previous decade’s average of around seven times. “A lot of it is the fact that everyone wanted to own some jazzy high-tech play or the hot new dot-com,” explains veteran industry analyst Duncan Mathieson of Scotia Capital. “Oil is just way out of style.”

As a result of that fall from fashion, the oil companies have steadily declined in their weighting within the Toronto Stock Exchange’s 300 composite index. In 1997, they accounted for 14 per cent of the index value. That has since declined to seven per cent, and even within that total, two per cent comes from four integrated oil firms and one per cent involves oilfield drillers and service ventures.

But there’s another compelling reason for the cold shoulder from investors: the oil industry’s relatively modest return on capital. According to Mathieson, about $ 15 billion was invested in Canada’s oilpatch in the past 10 years. The average rate of return has been about four per cent.

So, in order to turn in more economic performance, consolidation has become the order of the day. Higher crude prices and the soft Canadian dollar are also driving the trend. With the differential in currency values, Canadian companies represent a cheap source of reserve growth for American oil and gas firms. Furthermore, many of the large domestic companies are awash in cash because of the recent oil price boom. Imperial Oil, for example, realized an average price of over $37 a barrel in the first quarter of2000 and its net earnings jumped by 700 per cent. After buying back shares in the market and paying down debt, the only other option is to grow by swallowing smaller fish or, as in the case of Suncor, betting all on big-ticket megaprojects such as upgrading the heavy-oil sands of northern Alberta.

Although the cost of Suncor’s Project Millennium in the oil sands at Fort McMurray is already exceeding initial estimates, it’s hard to argue with production costs that will average well under $ 10 a barrel. And it’s equally hard to dispute the sensible, incremental approach to such developments.

As the junior companies continue to be gobbled up, it’s clear that the future of Canada’s energy industry will no longer be determined by flamboyant characters over long lunches at the Petroleum Club. Their spirit and appetite for risk has served its purpose. Now, their legacy has fallen into the responsible hands of professional managers with sharp pencils and a penchant for black ink. It may provide a more stable climate for investment, but there’s no denying that the occasional splotch of red ink was always good for colour. 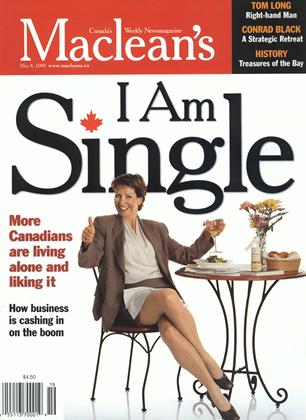