By Canadian corporate standards, it was a splashy affair. Last week, at the flagship Roots store in Toronto’s Eaton Centre, guests perched on exquisite leather folding chairs, sipped champagne and mingled with celebrities like actor Dan Aykroyd and singer Haydain Neale of Jacksoul while listening to some startling news: the owners of the Roots Canada retail chain, best known for its distinctive leather goods, were investing in and branding a new upscale Canadian airline. The service, called Roots Air, will launch flights across Canada in November, targeting business-class passengers who are looking for an alternative to Air Canada. “We believe that travel is all about getting to your destination in style,” said Roots co-founder, Michael Budman. “Take all your old notions about air travel and get ready for something that’s completely new.”

To underscore the airline’s commitment to style, Budman and his longtime business partner, Don Green, invited their wives onstage to model the pastel leather jackets designed for Roots Air flight attendants. Aykroyd donned a green leather bomber jacket that will be standard issue for pilots. He then joked about the potential for catalogue sales, before kissing a miniature Roots Air jet. “The Roots beaver,” Aykroyd said in reference to the company’s ubiquitous logo, “has just grown wings.”

Beaming proudly from the sidelines was a strapping silver-haired man

named Russell Payson. Although the “Roots boys,” as Budman, 54, and Green, 51, are known in retail circles, dominated the party, the venture is actually Payson’s project, with Roots Canada Ltd. taking a 20-per-cent stake. The three partners are betting that Roots’ strong brand recognition, combined with Payson’s airline operating experience, will create a powerful market force. But that said, they make an unusual trio: Budman and Green are as slick as Payson is down to earth.

For a man who has spent most of his career in an industry characterized by high flyers, Payson remains resolutely focused on the slow and steady approach to business. The founder, chairman and chief executive of Skyservice Airlines Inc. of Toronto, Payson has spent 15 years gradually expanding his company from its beginnings in the unglamorous aircraft support and maintenance business. Now, he is finally ready—reinforced by his new partners’ established brand image—to take on Air Canada in the lucrative business-travel market. “We’ve been

waiting and watching, but the opportunity wasn’t there while Air Canada and Canadian were beating each other to a pulp,” he explains.

Certainly he is not alone in taking advantage of Air Canada’s merger woes, which currently include a breakdown in its negotiations with its 2,200 pilots. In April, at the opposite end of the market spectrum, Canjet Airlines announced plans to offer a new discount air service, based in Halifax. Canjet has not yet revealed when it will take off, but at a recent transportation conference in Ottawa, several industry watchers agreed that the sudden increase in domestic airline capacity may soon claim one of Canadas charter airlines as a casualty.

On the subject of timing, Payson says he is the first to admit that November is a contrarian period to launch Roots Air’s service, because it’s a seasonally slow time for most airlines. Still, that fits perfectly with his methodical approach. “Because it’s a relatively quiet time of year,” he says, “we figure it’s a good time to begin our flights and gradually build up our ability to cope with higher volumes of traffic.” At the same time, he says, he hopes to restore some of the “fun and flair” to air travel.

Guess what? Airline competition brings down airfares. Confirmation of that less-than-surprising conclusion came last week in a Statistics Canada study of domestic air ticket prices over 15 years. Since 1994, prices in the West have gone down, while those in the East have gone up. The big reason: the advent of western-based discount airlines such as Westjet.

That’s where the marketing savvy of Budman and Green enter the equation. Over the past 27 years, they have built their retail empire into a privately owned, international style force, with 140 stores in five countries, two factories, 2,000 employees and about $250 million in annual revenue. Budman and Green have shrewdly bolstered their public profile by hobnobbing with celebrities, and producing custom merchandise for movies, television shows and sports teams, including Canada’s Olympic team. Roots recently announced plans for a $ 105-million expansion, which may include an initial public offering.

Payson is going to be just as busy. While he has been gratified by strong initial interest from Bay Street—the company is seeking about $40 million to cover initial financing costs—Payson still has much to do to capture his two main target markets: business travellers within Canada and foreign airline travellers looking for domestic flights to complete their journeys.

Payson admits, however, that he is daunted by the prospect of challenging

Air Canada. He must, for instance, set up a complex back-office infrastructure for ticketing and scheduling, and hire 1,000 people over the next three years. The company must also lease a fleet of Airbus jets and customize them for expanded executive-class service. But one source of personal confidence is his already extensive experience with the executive-service market. One of Skyservice’s core businesses is the operation of more than 20 corporate jets for Canada’s largest companies. “When you’re dealing with the top guys, everything has to be just right,” he says.

Payson, 56, did not create Skyservice with the dream of taking on a major airline. That vision, he says, has “gradually evolved over time.” He became fascinated by flying as an engineering student at Queen’s University and after obtaining an MBA at the University of Western Ontario in 1970, he got his pilot’s licence. After working in the airline industry in managerial positions for several years, he decided to strike out on his own in 1986.

For five years, he focused exclusively on fuelling and servicing aircraft for other operators. “A lot of people are attracted by the romance of flying and they don’t like to bother with the basics,

like refuelling and maintenance,” notes Payson. “We knew that to build a solid foundation for a business, we had to understand all the dull, mundane underpinnings.” In 1993, Payson expanded Skyservice to Toronto and soon added charter service to tropical and European destinations. Leasing several Airbus A-320s and A-330s for over $450,000 each a month, he used his strong cash flow to Finance steady growth. Skyservice now employs about 600 non-union employees. “It’s been a slow, undramatic process,” says Payson. “We’ve plowed every cent back into the business for 15 years.”

One of the greatest challenges he foresees is preserving the company’s strong service culture, he says. “I don’t have a problem understanding the need to delegate, I understand the life cycle of a business organization,” he says. “But one thing I won’t relinquish is shaping our internal culture.” He takes that task so seriously, he is even considering donning the snappy green leather pilot’s jacket, and returning regularly to the cockpit of a Roots Air plane to stay close to crew and clients. Unlike his new partners from Roots, that’s probably as close to being a high-flyer as Russell Payson will want to get. 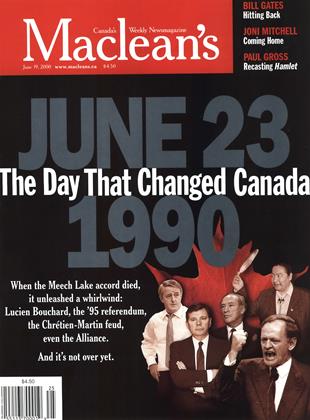