With his large bulk and clean-shaven head, Art Redmond looks more like an XFL linebacker than a corporate strategist. But at Ford Motor Co.’s world headquarters in Dearborn, Mich., he’s an important part of the automaker’s grab for market share in an increasingly cutthroat game. His official title is executive director, global consumer insights, which means that Redmond is a “trend tracker,” responsible for identifying the consumer tastes that will allow Ford to build a strong, lasting bond with consumers. “We don’t just want to sell you a car, we want an emotional relationship with you,” says Redmond. “And we’re looking for a long-term commitment.”

Although he admits there’s nothing terribly scientific or even quantifiable about the research conducted by his department, Redmond—who obtained a degree in computer science before veering into trend-spotting—concedes that paying close attention to the needs and wants of drivers is a surprisingly recent phenomenon among carmakers. The latest downturn in demand for new cars, along with the advent of highly competitive global markets and the empowerment of consumers through the Internet, has altered the relationship and given the customer more clout.

“Consumers have access to knowledge and information they never had before— and they aren’t shy about using it,” he says. That often means that by the time they arrive at a dealer’s showroom, they have clear expectations—and an even clearer idea of precisely the features they want and what they have to pay to get them. “We have to respond to that,” says Redmond.

The catch is that Ford, like several major car companies, is in the process of rationalizing its cosdy retail distribution network. That means the challenge is to build that “emotional” bond with consumers at the same time as the number of points of interaction are reduced. And that’s where Redmond’s research enters the equation: lowering the cost of sales and distribution by anticipating and meeting consumer demand more efficiently.

Perhaps the most obvious phenomenon to which carmakers must pay attention is the aging, wealthy baby boom population. That means inclusion of special night-vision features, tiny video cameras used to eliminate blind spots and enlarged buttons, instruments and controls for easier use. Redmond also notes that although Ford owns the Young Drivers of Canada driving school, it’s now devoting more of its programs to defensive tips for mature drivers.

The aging population with disposable income is also behind the renaissance of retro designs. In 1998, Volkswagen

had a hit with its relaunch of the Beetle, and last year Chrysler made a huge score with its 1930s-styled PT Cruiser. This year, BMW has reintroduced the Mini Cooper and Ford has brought back the Thunderbird from the 1950s, as well as a special edition “Bullitt” Mustang, straight from Steve McQueen’s 1968 film of the same name. “The idea is to take the icons of the past and combine them with all the latest technology and toys,” notes Redmond. “The older brands are evocative, and those memories help to tap into that emotional element we want to get at.” One difference, however, in bringing the past to the present is price: while the original Mini Cooper, for example, was targeted at low-end buyers, the luxurious new model will come in at close to $30,000.

There is also the growing force of women as car buyers.

According to Redmond, women are more brand-conscious to begin with, and they’re also more inclined to develop relationships with products and companies. He points out that lumbar supports, adjustable seatbelts and pedals, and sensors that detect obstacles while reversing—which are all becoming standard equipment—were initially developed in response to feedback from female consumers. And Ford is exploring the application of a laser-scanning system, developed by the U.S. air force for its pilots, which would ultimately allow for a custom body fit of an entire car interior.

Although Redmond insists that most consumer trends cut across international borders and cultures, he allows that “glocalization” is an important consideration to any company seeking brand loyalty. That means that even though the Internet and global markets have homogenized tastes, people still crave customized, local features. In Canada, that may mean a carmaker must emphasize heated seats and window defrosters rather than air-conditioning. And headroom for North American designs must typically exceed that for the same models sold in Asia. Similarly, Redmond says that certain colours are more sought after in some countries than others.

Among other trends he sees is what he calls the “bi-polarization” of brands. This means that the middle market is being eroded by preferences for either clearly functional, “value” brands or the greater prestige of “premium” brands.

As the North American auto sector continues to feel an icy pinch, Redmond predicts that manufacturers will further intensify their scrutiny of consumer demand, especially in light of the long and cosdy development cycle for new car models. Which means, for now, were all in the driver’s seat. 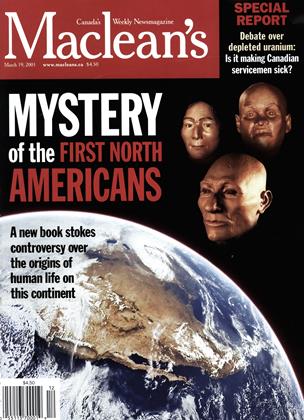