What really happened behind the walls of the royal palace in Kathmandu? By the end of last week, virtually every member of Nepal’s immediate royal family was dead, an unpopular monarch—Gyanendra, brother of the late King Birendra— had assumed the throne and the country was sinking into chaos. According to initial reports, Crown Prince Dipendra, after a family disagreement over his choice of a part-Indian bride, shot his father, his mother, Queen Aishwarya, and seven other family members. But then, even as Dipendra succumbed to selfinflicted wounds, authorities began telling a different, and more confusing, story. The shooting, newly crowned King Gyanendra said, had been the result of an unspecified “accident.”

Gyanendra, who had been away at the time of the slaughter, ordered a special investigation. But many Nepalese, convinced that the truth would never be told, responded by rioting in the mountainous country, already unsetded because of an unstable democracy and a growing Maoist insurgency. Others, meanwhile, stepped forward to corroborate reports

that Dipendra had indeed killed his family. Dr. Rajiv Raj Shahi, a military doctor who is married to a member of the royal family and who was present in the palace at the time of the shooting, said, “It was Dipendra who carried out the murders.” Gyanendra, meanwhile, backtracked, saying “legal difficulties” had prevented him from telling the truth and promising full disclosure after the investigation. Those words did little to reassure the country, as the turmoil intensified with the arrests of the editor, managing editor and director of Kantipur Daily, Nepal’s largest newspaper, on charges of treason. Their crime: printing an article by Maoist guerrilla leader Baburam Bhattarai that called for the army to stop protecting Gyanendra “and side with the real patriots of the country.” ES 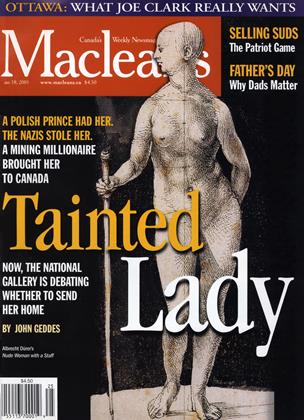