WHEN TIM WYNVEEN was a rock star, Canadian-style, making a good living as an anonymous, guitar-playing sideman for the likes of singer-songwriter Chris De Burgh in the '70s and ’80s, he would come back to his hotel room late at night, too keyed up to sleep. So he’d flick on the TV and watch in fascination the endless array of televangelists. “Jimmy Swaggart was the best,” recalls the 51-year-old writer, “so musical in his phrases, his timing, his dynamism—so much like a rock star himself, that I’d take out my guitar and play along with his words.” More than 20 years later, the spirit of Swaggart infuses Jimmy Waters, the deranged blues singer of Sweeter Life (Random House), Wynveen’s third and most personal novel. “Waters was practically my first idea as a writer,” he says, “the idea that musicians and evangelists are so alike, both trying to pull the audience along with them.”

The preacher-player may have been Wynveen’s first character concept, but the desire to write had long gripped him. As a kid with a crush on his Grade 5 teacher, Wynveen thought to impress her by writing a story. Coming as he did from a house where there were no books, 10-year-old Tim was astonished by the power of writ-

ing. “All through your childhood people tell you what to do and what to think, but in my story I was free—I could do what I wanted, what I decided.” That bookless but happy home was in the Lake Erie farming community of Leamington, Canada’s southernmost town and self-described “tomato capital.” Wynveen, with real affection in his voice, prefers to call it “the most bizarre place you could grow up in.” The Toronto author remembers a town as Southern gothic as Swaggart himself, with a climate of massive storms, tornados and crushing humidity. Houses sported plantation-style wraparound verandas above lawns with species of huge hardwood trees unknown in the rest of Canada. Equally unusual, in a time before cable, was the degree of what Wynveen calls “Americana bombardment”—the TV shows from Detroit and the Southern

‘We live our lives within a web so complicated and crazily woven,’ says the novelist, ‘that it’s often impossible to unravel’

rhythm-and-blues radio stations he could pick up on summer nights.

But it was also a town where an inquisitive boy could find his way into “every house in the neighbourhood,” and where hopping a couple of fences would take him into farmers’ fields. All those chances to explore—“the perfect description of a writer’s job,” says Wynveen—may help explain why Leamington has produced another acclaimed novelist besides Wynveen, whose Angel Falls took the 1998 Commonwealth prize for best first book: Nino Ricci, who won a Governor General’s award in 1991 for Lives of the Saints. And Leamington, under the name of Wilbury, is home to Sweeter Life's protagonist, Cyrus Owen.

Cyrus is the youngest of the three Owen orphans brought up by an aunt and uncle after their parents die in a car crash. A decade after the accident, Cyrus, now 19, abandons his family and its struggles in pursuit of rock-star dreams. His hardnosed realtor sister, Isabel, accurately calls him “the little prick”—perhaps to distinguish him from older brother Hank who, when he’s not spiralling into rage, is one of CanLit’s most likeable multiple murderers. Twelve years later, physically and emotionally shattered, Cyrus returns to Wilbury to make a new start.

With compassion and a kind of hardwon wisdom, Wynveen grapples with several related themes, among them the damage blind ambition can cause loved ones, and coping with failure. Cyrus’s courage in dealing with the latter is his redeeming feature, and “an essential talent for an artist,” as Wynveen notes, adding “it took me 12 years to get a novel published.” But the author’s real preoccupation in the sweetly engaging Sweeter Life is Cyrus’s attempts to connect with his two families—the Owens and the brotherhood of the band. “We live our lives within a web so complicated and crazily woven that it’s often impossible to unravel,” says Wynveen, a married father of two teenage daughters. “Without other points of view, our awareness of self and others remains shockingly limited.” Every book he finishes increases his own self-awareness and “I feel like a better person.” With Sweeter Life, he has every right to. lifi 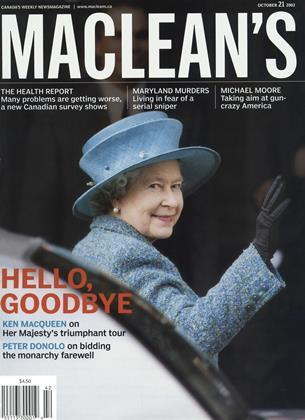