LESS THAN TWO MONTHS after the disastrous raid at Dieppe, Canadian troops again faced the German enemy—this time to put down a rebellion at Camp 30, a prisoner of war camp in Bowmanville, Ont., 65 km east of Toronto.

A decision to shackle German PoWs— despite Geneva Convention provisions to the contrary—sparked the three-day Battle of Bowmanville (Oct. 10-12,1942). The move was in retaliation for the German shackling of more than 1,000 Canadians, captured at Dieppe two months earlier. The ensuing Bowmanville battle, during which Canadians fired upon the unarmed prisoners, was the only PoW riot among the 26 camps in Canada during the Second World War and, incidentally, resulted in a formal protest from Ottawa to Washington.

The Bowmanville battle lines were drawn shortly after noon on Oct. 10, when senior German officers refused an order from Camp 30 commandant Lt.-Col. James Mason Taylor that they come forward to be handcuffed. “Shackle a German officer!” recalls Volkmar König, then a 21-year-old captured submarine midshipman, in a telephone interview from his home in Kiel, Germany. “You’re nuts.

If you want to shackle us, you will have to come and get us!”

By 3 p.m., the camp’s 800 inmates had barricaded themselves in their barracks. Led by U-boat skipper Otto Kretschmer, about 100 of them armed themselves with table legs, bags of pepper, and broken ketchup and jam bottles. Despite reinforcements, attacks on the PoWs failed even though the troops used axes to try to break through the walls of mattresses and wood thrown up by the prisoners. But before dawn the Canadians used high-pressure water hoses, against which the PoWs had no defence. That ended matters at the time, but some of the prisoners flushed out were forced to run a gauntlet that included Lieut. George Brent, the camp’s engineering officer, who used a swagger stick to hit the German officers over the head.

Early on the morning of the 11th, Kretschmer informed the commandant that because of this insulting behaviour towards German officers, he could not guarantee Brent’s safety should he reenter the camp. Shortly before 9 a.m., when Brent did just that, Kretschmer carried out the threat. “As soon as our officers saw him,” remembers König, “they surrounded him. That’s when Kretschmer

punched him in the face. Then four of them took him into our barracks. He was bleeding from the nose and lips and probably thought this was his last hour.” To make the anti-shackling point, König then bound Brent’s hands with a belt before marching him outside.

What happened next is a matter of some dispute. According to a statement issued by Defence Minister James Ralston, rifle warning shots were fired: “Three in the air and one toward the ground which ricocheted and wounded one of the prisoners.”

König, the wounded man, disputes this. “A few moments after we took Brent outside,” he says, “shots came directly at us from the watchtower. Brent threw himself down. We jumped back into the building. I was the last one in. One shot hit at the top of the door frame. Then one hit the masonry and sent splinters flying into me. I still have one metal splinter in my back. As I was diving headfirst through the doorway, I received a bullet that penetrated clean through my left thigh.”

The PoWs erected new barricades; then, with pillows tied to their heads and hockey sticks in their hands, they waited throughout the day and the night. It took another 400 fresh troops more than six hours on the 12th to fight their way through a hail of bricks, empty beer bottles and pieces of broken furniture. Two prisoners received light bayonet wounds and one Luftwaffe officer lost an eye.

A few days later, Time reported that, “When they [the PoWs] tried walking out, the guards let go a couple of tentative machine gun blasts.” Fearing reprisals on Canadian PoWs in Germany, Ottawa filed protests with both Time and the U.S. government. Then, on Oct. 23, the New York Times reported Ralston’s version, that only warning shots had been fired and those from rifles.

Ironically, it is left to Volkmar König, who organized a reunion of fellow Canadian PoWs in Germany last week, to set the record straight. “All that stuff in Time magazine about those machine guns was nonsense. The Canadian government was correct to deny that—except that the shots were not warning shots. The rifles were shooting at me.” Ui\ 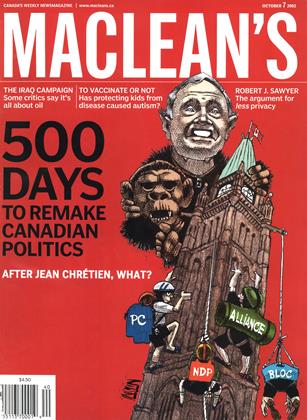