WHEN I FIRST MET Zalman Yanovsky, I was a bit starstruck. It was 1979.1 was a full-time musician with deluded ambitions, assuming there was no better fate in the world than becoming a rock star. Zal had been there, done that, and moved on. As co-founder of the Lovin’ Spoonful, he’d been Canada’s very own Beatle, our man on The Ed Sullivan Show. For most of the world he would always be that zany lead guitarist plucking optimism out of the air in hits like Daydream, Summer in the City and Do You Believe in Magici But by the time we became friends, those days were behind him. Zal didn’t like to live in the past. He was a rare rock star who lived a second act even richer than the one that made him famous.

With Rose, his second wife, he carved out a fresh career in Kingston, Ont. Living on a nearby farm, they raised chickens and lambs. In the heart of town, they restored a limestone stable to create Chez Piggy—a vibrant restaurant that became the hub of a revitalized main street. Later they restored another historic building to house the Pan Chancho bakery. Zal never stopped being an artist, or a star, but he filled his palette with the stuff of life—good food, good friends, and good works in the community.

Zal died suddenly on Dec. 13, six days before his 58th birthday. I still can’t believe he’s gone. He was so alive. Zal had the fastest mind, the sharpest wit and the biggest heart of anyone I’ve known. One of his favourite phrases was “ooga booga!” and he was an ooga-booga guy. He loved cards, dogs, horses, garlic and grappa. He played poker every week and adored the track. He gave nicknames to all his friends. I was always B. Derek, after an old byline that I’d used to avoid confusion with a namesake at the Globe who ended up running a girly bar in Manila. Zal’s other pals acquired names like Dick the Fizz, Dick Nails, Beaky, Chuckles, Tex, Yo’toole and Howie the Clown. Zal made characters of us all. Hanging out with him, to quote that Spoonful song, made “you feel happy like an old-time movie.”

There was nothing quite like stepping into a fancy restaurant with Zalman. He was big and boisterous and didn’t believe in dressing up. He’d take his place at the table, as excited as a kid at a birthday party, and you could feel the other diners shrink with trepidation as this loud, hairy guy in jeans and a T-shirt filled the room. But inevitably he would win the room over, starting with the waitress. He didn’t have to tell anyone who he was. It was obvious that he was special. He had huge charisma. And he made it his business to make sure everyone around him was having as much fun as he was.

Being Zal’s friend meant being his straight man. He loved puns and wordplay, and as he improvised jokes, spinning a kind of verbal jazz, it was a kick just trying to keep up. Zal thought like a writer, one who worked out loud. I kept telling him to write stuff down, but he always said that he froze up on the page, even though he was a voracious reader. I was with him one night when he met Michael Ondaatje. Eventually, Zal couldn’t resist a joke: he held out his hands, thumbs tucked into his fists, as if mimicking

Behind the irreverent clown, however, was a serious, dedicated soul. With Rose, his partner in life and business for 31 years, he brought a diligent passion to Chez Piggy, then Pan Chancho. The last time I saw him in Kingston, he gave me a stem-to-stern tour of Pan Chancho, a wildy ambitious bakery/café that occupies three stories of a vintage building in the heart of town. He joked with all the staff, while peppering them with all kinds of questions. And when he reached the manager, who was toting up the proceeds from the previous day, he was like a Broadway producer fretting over the grosses.

In an age of celebrity, Zal enjoyed a kind of fame that didn’t need the media. It was a tangible stardom based on thick bread, generous olive oil, twinkling eye contact and a relentless sense of humour. It was about filling a room, and a town. As the Whig-Standard pointed out, Zal was the king of Kingston. To mark his passing, the newspaper devoted the first three pages and the editorial to its local hero.

Zal resisted lucrative offers to do Spoonful reunion tours—although he did join the band’s former singer, John Sebastian, for an amiable jaunt through Scandinavia in 1997. During the last decade, he picked up the guitar again. He’d play every morning at home, coaxing softly amplified blues out of his Fender Stratocaster. Over the years, we jammed together occasionally. I’m a percussionist, and we fell into a silly routine of playing the old chestnut, Knock on Wood. Our running gag was that we’d form a band called the Knockers. It would perform just one song.

As a musician, Zal was more serious than you might expect if you remember the guy on Ed Sullivan with the rubber frog dangling from his guitar. He was like one of those old blues guys, restrained and tasteful. He loved R & B. At a New Year’s party at his house to ring in the year 2000, where the food ranged from a briny slab of brisket to a hill of caviar, he wouldn’t let me near the sound system. He put on one classic R & B cut after another. He played Marvin Gaye’s Hitch Hike three times in a row. That was Zal. A man who lived in the moment and never wanted it to end. lí1] 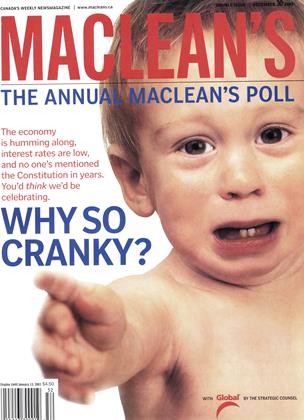