Now there’s something to smile about

From guts to glory, led the way, showing male counterparts how it’s done.

The men’s team: In the end, more than just a bunch of pretty faces. To paraphrase that soccer announcer: "Goooooooo-ld!"

Ottavio Cinquanta (president of the International Skating Union): Looks like the guy who used to tie Pauline to the railroad tracks in those old movies. But in the end, he gave Salé-Pelletier their gold.

American sports fans: Kept up public pressure till Salé-Pelletier got gold; reacted graciously when our hockey teams beat theirs; listened to references to “cool Canada” without a snicker; put on a heckuva good Olympics. 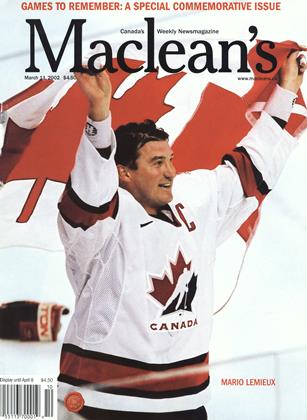