It was June 12, 1944, and the D-Day invasion of Normandy was less than a week old. Waves of Allied bombers were pounding German positions, but on this afternoon Flying Officer Patrick Brophy, 22, from Port Arthur, Ont., was feeling uneasy. Sitting beside him on the English airstrips grassy infield, Warrant Officer Andrew Mynarski, 27, from Winnipeg, could see his buddy had something on his mind. As darkness descended, the two men— part of the Royal Canadian Air Forces No. 419 (Moose) Squadron in Middleton St. George in Yorkshire—waited for orders to clamber aboard their Canadian-built

Lancaster bomber, a durable aluminum workhorse capable of carrying up to 22,000 pounds in explosives. None of the crew knew, of course, that this would be their last mission together.

Their assignment that night called for a raid on a Cambrai rail yard in the northern part of German-occupied France. It would be the crew’s 13th together—and was scheduled to wrap up in the early morning hours of June 13. Too many unlucky numbers for Brophy’s liking. Mynarski, hoping to allay his comrade’s unease, gave Brophy a four-leaf clover he had found in the grass. It turned out to be one of the luckiest clovers ever picked.

Mynarski did not share Brophy’s eventual good fortune. Fie died early the next day because of his selfless and heroic act aboard their crippled Lancaster, winning him a posthumous Victoria Cross, the Commonwealth’s highest military decoration for bravery.

Today, the events of that night nearly six decades ago live on in unique fashion at the Canadian Warplane Lleritage Museum in Flamilton. There, devoted volunteers maintain the Mynarski Memorial Lancaster, a vintage bomber built in Canada and one of only two Lancs in the world still flying. The other, belonging to the Royal Air Force, flew at the Queen Mother’s funeral in April.

It was time to go. Brophy, as rear gunner, shoehorned himself into the Lancaster’s bubble-like tail turret, a dangerous, cramped tomb in more ways than one. (In her 1989 book, Mynarskis Lane, Bette Page says Brophy often returned from missions missing one or both flying gloves, which perplexed his squadron’s equipment officer. Reminiscing after the war, Brophy explained it was too dangerous to leave his turret unmanned to relieve himself, so on the way back from missions he’d pee in his glove, then toss it out the Lane’s window.) Mynarski was the mid-upper gunner and sat in the turret on top of the bomber’s fuselage. There were six Canadians in all, plus Roy Vigars, 20, an RAF. flight engineer.

Flying Officer Arthur de Breyne, the pilot and crew chief from St. Lambert, Que., fired up the Lancaster. Its four, 1,640horsepower engines thundered to life. Shortly before 10 p.m., the bomber taxied down the runway. De Breyne, just 22, increased the throttle, and up it went, disappearing into inky blackness.

Once they were over France, about 2 xh hours later, Brophy was the first to spot danger—a German Junkers Ju-88 twinengine, fighter-bomber coming up from below. The enemy plane’s large, greenhouse-like cockpit held both pilot and gunner. Its cannons could point straight up and fire into the Lane’s vulnerable underbelly. “Bogey astern! Six o’clock!”

Brophy yelled into the intercom. De Breyne immediately corkscrewed into a wild downward spiral. Brophy wheeled his turret and let loose with a burst of fire.

Too late. Three explosions rocked the Lancaster, knocking out both engines on the left wing and setting the gas tank between them on fire. A third cannon shell ruptured a hydraulic line in the fuselage, igniting an oil fire in the back that cut off Brophy from the rest of the crew.

It was 13 minutes past midnight.

De Breyne stared at a blacked-out instrument panel. The intercom was dead, and it looked like they soon would be too. The burning Lancaster was losing altitude with its deadly payload snug in the bomb bay. De Breyne, believing they had at most two minutes before crashing, ordered everyone to bail out.

Two separate dramas now unfolded. In the front, Jack Friday, 22, the crew’s bomb aimer, also a native of Port Arthur (now Thunder Bay), was cooped up in the plane’s nose below the pilot’s feet. As he pulled up on the escape hatch, the rushing wind ripped it from his hands so that the door caught him hard above the eye. Vigars, crawling into the wounded plane’s nose to jump, found Friday out cold, clipped on the man’s parachute for him, and tossed out his limp body while controlling the man’s rip cord. The parachute

opened right away and luckily did not snag on the Lancaster’s non-retractable tail wheel as it raced over Fridays head. (Friday would later have no memory of the attack.)

Vigars, Robert Bodie, the crew’s 30year-old navigator from Ocean Falls, B.C., and Winnipeg-born radioman James Kelly, 19, all escaped out the nose. Before abandoning the controls and jumping, de Breyne throttled back the two remaining engines to even the bomber’s keel. But De Breyne didn’t know that Brophy was still trapped in the tail.

Earlier, in the back of the pitching bomber, Mynarski had climbed down from his turret and was about to jump from the rear door when he spotted Brophy through the oil-fed flames five metres away. It was clear his friend was trapped. Instead of saving himself, Mynarski went to Brophy, crawling on hands and knees through the fire as the plane lurched from side to side. Mynarski s parachute and clothes ignited.

Brophy yelled at Mynarski to jump to safety, but Mynarski kept going and used a fire axe to try to smash the turret open. By now, he was a ball of flame below the waist. Brophy kept screaming at his friend to leave. Finally, Mynarski gave in. Brophy remembers Mynarski pausing at the rear door to salute and mouth a farewell before he finally jumped. He was alive when he

landed, but soon succumbed to his burns.

Brophy was now trapped in a deadly ghost plane with no one at the controls. Praying, he braced for impact, helpless and barely 15 metres from the bomber’s undetonated payload. The Lancaster bellyflopped into a cow pasture with a thunderous wall of sound, metal screeching as plane parts sheared away. The left wing slammed into a large tree, ripping it from the fuselage and whipping the Lancaster’s tail around, springing open the rear turret. Brophy, somehow, was thrown clear.

He came to rest against a tree. There wasn’t a scratch on him.

The French helped Brophy, Bodie, Kelly, and de Breyne elude the German forces, but Friday, who had a serious head injury, was captured, as was Vigars. Brophy joined with Resistance fighters and, after waging war on the ground behind enemy lines, made it back to London in September, where he learned of Mynarski s death.

Mynarski lies buried in a veterans’ cemetery in Méharicourt, France near the crash site outside of Amiens, but the Mynarski story does not end with his burial and subsequent Victoria Cross. A band of industrious Hamilton volunteers with a soft spot for Lancs and Mynarski salvaged a mothballed Lancaster from the airport in Goderich, Ont., in 1979. The plane was

one of the last to roll off the assembly lines in 1945 in Malton, Ont., where Victory Aircraft Ltd., later A.V. Roe Canada Ltd., or Avro Canada, built 430 of the nearly 7,400 bombers that helped win the war.

An Armed Forces Chinook helicopter airlifted the rusting Lancaster, which never saw action in Europe, back to the Hamilton area, where the volunteers spent nine years restoring the bomber. It was painted with the same colours and markings as Mynarski’s aircraft, and designated the Mynarski Memorial Lancaster. In 1988, the Mynarski crew reunited in Hamilton for the refurbished plane’s inaugural flight. Stephanie Hollowaty, Mynarski’s sister, stood in for her brother.

Today, the bomber appears at air shows and special events. Sten Palbom, who flies Boeing 737 commercial jets for a living, is one of the Lancaster’s current crop of pilots. He regards it as an honour to fly the Lane because of its historical value and the crews that died during the war. “I shouldn’t say this,” Palbom allows, “but I consider it the most important flying I do.”

Brophy was 68 years old when he died of cancer in 1991. At his funeral in St. Catharines, Ont., he was honoured by the Mynarksi Memorial Lancaster, as it droned ceremoniously overhead, one final time for a favoured son. E3 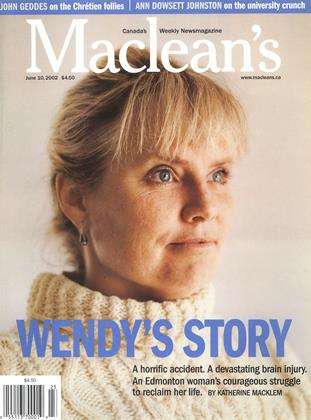