Jean Chrétien: Puts Martin in tough spot with leadership fundraising disclosure rules. The Teflon Don may be gone, but Teflon Jean is hanging in there.

Clinton. When you’re finished goofing around, Paul, how about that campaign donors list?

'■P'John McCallum: New defence minister delays release of ombudsman’s report. Not since Art Eggleton have we seen such media savvy in this portfolio. 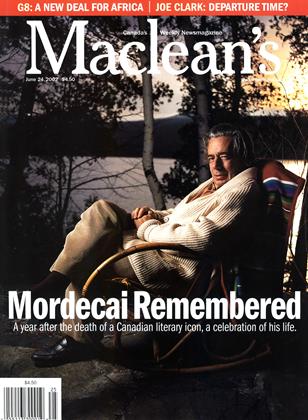