Angele Dubeau and the rare violin This Juilliard-educated musician from St-Norbert, Que., has made 22 albums.

Her latest, Violins of the World, was done with La Pietà, an all-female string ensemble from Montreal. Adding to the recording is Dubeau’s use of a 1733 Stradivarius.

All the women ghostlike with tracks and four-inch heels As we offer up excuses like we offer up a deal.

As a former employee of a drop-in centre for Vancouver’s sex-trade workers, Elaine Allan knew too many women claimed by drugs, disease and murder on the city’s streets. “In 3½ years of working in the Downtown Eastside I never got a single woman into a detox bed,” she says. “There were never any available.” As a result, Allan helped found the Via Nova Society, which is working to finance and operate a modest four-bed transition and recovery house for drug-addicted women.

Those plans received a huge boost this holiday season from 80 of Canada’s top musicians. In a triumph of compassion over

The Streets Where You Live is found on the Women & Songs 6 compilation.

And is sold as a single at various B.C. music retailers.

logistics, they provided their voices for The Streets Where You Live, a song written by Vancouver musicians Gary Durban, Wyckham Porteous and John Ellis. Moved by the case of the missing Downtown Eastside women, the songwriters were looking to create a memorial. They set up the Buried Heart Society, wrote the song and decided the proceeds would go to Via Nova—“something that works,” says Durban. Although Robert Pickton has been charged with the murders of 15 Downtown Eastside women, more than 40 are still officially listed as missing. And, says Porteous, society also treats as invisible those still on the street. “When you look at somebody and really see them,” he says, “it makes it more difficult for them to disappear.”

The participants include Sarah Harmer, Gord Downie, Steven Page and Jim Cuddy. “It’s so beautiful it makes me cry,” says Allan. “It’s a bright light in an otherwise dark chapter in our history.”

First they write, then they fight The relationship between Ernest Hemingway and Morley Callaghan gets a four-hour treatment. 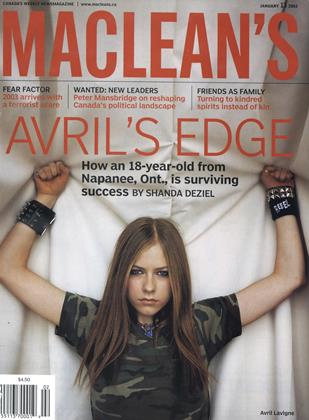