“HERE, THOUGH the world explode, these two survive /And it is always 1895” wrote the American author Vincent Starrett about his fictional heroes, Sherlock Holmes and Dr. Watson, and their world of gaslit intrigue. Some historical eras, illuminated as much by their literary characters as their inherent drama, never die. For thousands of aficionados, it’s always 1805, and only Lord Nelson’s Royal Navy stands between Napoleon and mastery of the world. For years the fictional mainstay for devotees of that era of naval history was C. S. Forester’s stoic—not to say cardboardHoratio Hornblower. But for more than a decade Forester’s creation has been eclipsed by the extraordinary characters of Jack Aubrey and Stephen Maturin, the heroes of British

novelist Patrick O’Brian’s 20-volume Master and Commander series. So intense is the series’ popularity that it has not only spawned the inevitable Hollywood blockbuster, but even survived the revelations about O’Brian’s duplicitous life that surfaced shortly before his death at 85 in 2000.

O’Brian became famous only late in life. He was 77 when the Aubrey books, which he began in 1969, finally took off after a glowing 1991 article in the New York Times Sunday book review section called the series “the best historical novels ever written.” Given his age and reputation for guarding

his privacy, media and fans were at first content with the tidbits of personal information O’Brian gave his publishers. Supposedly born in Ireland, O’Brian was an Oxford student and wartime pilot in the RAF. Later he moved to France to make his living as a translator and biographer.

But in 1998, shortly after O’Brian had received an honorary doctorate from Trinity College in Dublin—awarded partly on the basis of his ancestry—media accounts revealed that he had been born Richard Patrick Russ in England, the entirely unIrish grandson of an immigrant German furrier. O’Brian, according to biographer Dean King, had adopted his Irish name from an alias used by his brother Michael in

Australia. (After getting a girl pregnant, Michael ran away and took up the peculiarly Australian crime of platypus poaching.)

As for O’Brian, there were darker aspects to his fantasy life. In the Second World War he walked out on his wife and two young children, one an infant girl suffering from spina bifida (she later died at age 3). O’Brian never saw his daughter again, didn’t speak with his son for the last 35 years of his life, and never met his grandchildren, yet he felt no compunction to justify himself. However, he was devoted to his second wife, Mary Tolstoy, and was close to her children from an earlier marriage, one of whom is historian (and Russian count) Nikolai Tolstoy. After Tolstoy bankrupted himself in a reckless libel suit in 1989, O’Brian helped cushion the blow, using his new-found wealth to pay Eton fees for Tolstoy’s son Dimitry.

None of it mattered to his fans. By the time the truth emerged, they would have forgiven him anything short of Gestapo membership. They were in love with what is in essence a single sweeping epic, as reminiscent—in the social details of its lengthy land passages—of Jane Austen as it is of Forester when at sea. The Master and Commander series is a primer on the Napoleonic era, from geopolitics to daily life—especially the smell, taste, sound and language of a warship’s self-enclosed world. That was O’Brian’s plan from the start, of course: Maturin signs on as ship’s surgeon in part to observe this unusual laboratory of human nature. (“For a philosopher, what could be better?” he asks Aubrey. “The subjects of his inquiry shut up together, unable to escape his gaze, their passions heightened by the dangers of war, their isolation from women.”)

The results justify the Times’ “best ever” judgment. In one regard especially, none of O’Brian’s peers can match him, not even Dorothy Dunnett, author of the superb Lymond series. It’s impossible for writers of historical fiction to completely expunge modern sensibilities from their work, but O’Brian came closer than anyone else. Perhaps because he lived so long in his own imagined life, he could enter into the Napoleonic era while bearing no discernible trace of his own. He wrote—brilliantly—in a late 18th-century style himself. When he incorporated verbatim extracts from naval records, they can scarcely be distinguished from his own prose.

But that’s just the history. The broad

themes of the novels, as King convincingly argues, represent O’Brian’s personal life as he wished it to have been, while many of the details reflect his life as it was. When O’Brian’s wife died in 1998, so did Maturin’s beloved spouse, Diana, in a

shockingly sudden carriage accident. Maturin is even seriously wounded by a platypus, the only mammal that produces venom.

At the core of the series’ appeal lies one of the great fictional friendships of recent literature, crafted by an author who had no close friends of his own.

Save for their shared love of music, Aubrey and Maturin could not be more different. The captain, a cheerful slab of English roast beef, is a sailor of genius and a born warrior, never happier than when running before a typhoon or slaughtering the king’s enemies. Irishman Maturin, a brilliant, proto-Darwinian naturalist and intelligence agent, has a tendency to melancholy and serious narcotics. As appealing as Holmes and Watson, but far more complex and believable, Aubrey and Maturin will prove equally enduring. CT1 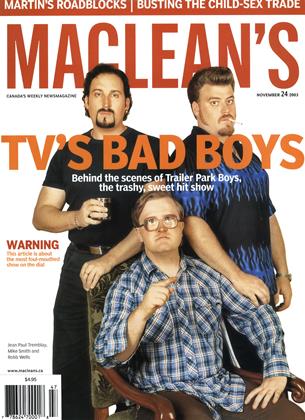