THERE ARE NO GUARANTEES, but the house where Cecilia Zhang lives in the north of Toronto seems rich with the promise of a safe, happy suburban childhood. A red-brick split-level with a minivan in the driveway, located on a street of well-kept homes. Walking distance to the park and a good primary school. A neighbourhood that has become a magnet for immigrant families—like the Zhangs who arrived from China in the mid1990s—looking for a brighter future.

Perhaps that’s why Cecilia’s parents, Sherry and Raymond, refused to immediately think the worst when they found their nineyear-old daughter’s bedroom empty early on Oct. 20, a back window wide open and screen bent back. Hoping against hope, Sherry Zhang rushed to the nearby school, where she and the Grade 4 student’s teachers searched the building. It wasn’t until the principal insisted on it that Cecilia’s frantic mother finally dialled 911. After a quick initial investigation, Toronto police issued an “Amber Alert,” and within minutes, radio and television were filled with the terrible news of the little girl’s disappearance. Too late, however, to catch whomever had spirited Cecilia away.

By week’s end, life on Whitehorn Crescent and the rest of city had setded into a grim vigil. Police and volunteer searches of nearby homes, parks and ravines failed to turn up any leads. Fears were lessened by news that investigators believe the abduction was not the random act of a predator, and that Cecilia is still alive. The Zhangs issued a plea for the return of their only child, a little girl who loves to read, fish and play the piano. Still praying that their Canadian dream wouldn’t end as a nightmare. 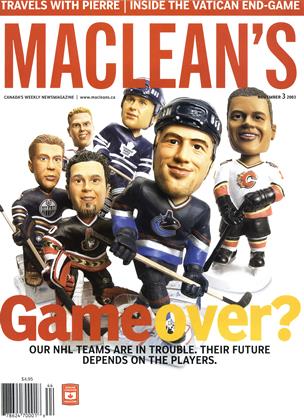