Louise Burns is listing all the things she’d like to study at university if she didn’t already have a career as a rock ’n’ roll bassist: “Psychology or philosophy or literature or marine biology. I’m 17, so I have time to figure it out. Plus, I’ve always wanted to open my own restaurant.” At this point, her 19-year-old bandmate, keyboardist Lacey-Lee Evin, chimes in: “You can use the restaurant as write-off.” It’s a little disconcerting to hear teens talk tax strategies. But it’s a reality for Lillix—Lacey-Lee’s sister, guitarist TashaRay, 18, and drummer Kim Urhahn, 23, round out the Cranbrook, B.C., quartet— which signed with U.S.-based and Madonna-

owned Maverick Records two years ago. After all, the members never made this kind of cash babysitting.

The Evin sisters and Burns have been playing together for six years (Urhahn was a recent addition) in venues that emphasize their small-town roots. “We played video stores,” says Burns. “We’d play anywhere— even old folks’ homes.” Now they’re MTV staples and are touring the U.S. But they made their way home last month to promote their debut CD, Falling Uphill—má to

For girls who grew up on grunge videos, seeing themselves rock out on stations like MTV and MuchMusic is pretty exciting. But they’re also mindful of their pre-video elders. Burns mentions the Beatles and ’90s alternative band Limblifter in the same sentence-even if she mixes up their similarly titled songs, Here Comes the Sun and Wake Up to the Sun—and cites the Traveling Wilburys, Bob Dylan and Roy Orbison as household staples. Lacey-Lee says her family was more into Thin Lizzy, Van Halen, Queen and Supertramp. With such a solid base of musical influences and an interest in tax laws, the members of Lillix may just make this rock ’n’ roll thing last. SHANDA DEZIEL 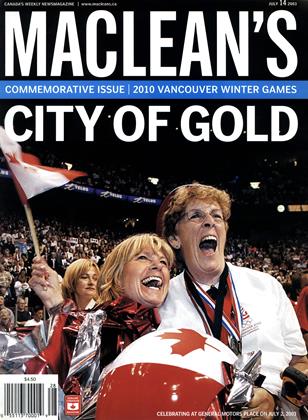