A MONTH AGO, most people outside the financial community would have had trouble with a multiple choice question asking: “Is Richard Grasso (1) a character in The Sopranos; (2) an up-and-coming welterweight boxer; (3) a tenor known particularly for his performances in Donizetti operas; or, (4) chairman of the New York Stock Exchange?

Grasso is now the media’s chosen emblem of 1990s greed. The August revelation that he was owed US$140 million as chairman of the big board set off a firestorm, culminating in last week’s resignation. Does this mean that Wall Street is finally getting it, and that investors can assume that it has cleansed itself after its appalling behaviour during the tech stock mania?

Before it fades from memory, let’s reconstruct the Grasso story. The casual newspaper reader might assume that Grasso was being paid US$140 million a year. In fact, Grasso deferred, for tax reasons, a substantial portion of his annual pay during the late 1990s. He was guaranteed a return of eight per cent on those funds, now worth US$140 million. His compensation, solely in cash as opposed to stock options, came at a time when the barons of Wall Street had discovered the joys from the showering confetti of options. Those glitterati sitting on the NYSE board were among the more conspicuously slathered, and this seems to have influenced their decision to endow Grasso with large dollops of what they could give him: cash, in lieu of the options they gave themselves as CEOs. (Perhaps they felt slightly guilty about making hundreds of millions of dollars in option profits they insisted cost stockholders nothing at all.)

When the story broke and the media were filled with rage, Grasso, who had rarely heard a discouraging word during his tenure, briefly considered donating part of his lucre to charity. However, he reconsidered because it might have suggested there was something wrong with his pay packet. Then,

the compensation story became more complicated. Grasso was actually entitled to a further US$48 million under the Byzantine terms of his contract, but he graciously declined that extra amount, saying some directors hadn’t fully understood that part of the agreement.

Still, he had a pay packet last year in the superstar athlete range, taking home US$12 million. He also got a US$5 million bonus for his work in getting the exchange reopened quickly after 9/11. (The electricians, plumbers and security staff who worked so heroically did not get extraordinary financial recognition, but you can’t please all of the people all of the time.)

Nevertheless, Grasso is one of the greatest CEOs in the history of the exchange. He clearly deserved outsized pay, but that much? Furthermore, the process of settling his compensation never reflected the prin-

ciples of good governance that the exchange, under his leadership, now demands for the companies it lists. But a more important question remains: what was his job? He was supposed to be: (1) the CEO and (2) chief cheerleader of the world’s leading exchange, but he was also supposed to be (3) chief regulator of its operations, including the enforcement of listing standards. Most everyone admired Grasso’s work as CEO and chief cheerleader. He made the opening and closing bells media events and has maintained the big board’s leadership at a time the raffish Nasdaq was

that the Street is finally getting it and has cleansed itself after past appalling behaviour? No way.

But as a regulator, it should be noted that his compensation was determined by those he was responsible for regulating. Beyond the board of directors, his real bosses are those who hold seats—the right to trade—on the exchange. When Grasso took over in 1995, those seats were selling as low as US$760,000; today they go for US$2 million. A seat owner was likely a devoted Grasso fan.

That he got some of the Street’s biggest names to sign off on such a generous package shows what they thought of him. On the other hand, he directly or indirectly appointed many members of the board, particularly the “outside” directors who represent the investing public, so it’s fair to ask whether the entire board was truly independent.

While Grasso was being pilloried, his friends—most particularly those on the board—laid low. Some directors from the compensation committee said they hadn’t understood his packet and were now shocked—shocked! Former secretary of state Madeleine Albright, one of the directors appointed to represent the public, displayed a diplomat’s injured, “How could we have known?” defence for what had suddenly become indefensible.

All in all, the Street should feel at least as embarrassed about its behaviour since Grasso became a media villain as before. Despite all the terrible publicity, Grasso is not the premier symbol of greed: Silicon Valley does that bigger and better. He got the axe because of the furor but that, sadly, sends a false signal that the greed guys are no more and that it’s safe to rely on Wall Street when it pushes grossly overvalued stocks. 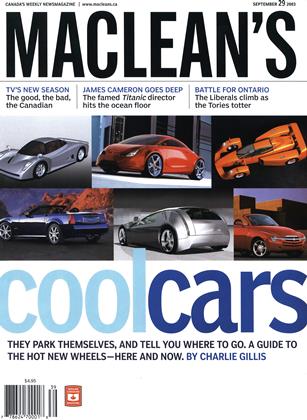