ALMOST unnoticed, the global terms of trade have swung dramatically in the past year. If that trend continues, expect some market turmoil later this year.

What are “terms of trade?” For economists it means the nature of a nation’s imports and exports. Take Canada or Australia, which have a heavy commodity content in their exports—and a heavy finished goods component in their imports. During the 1990s, finished goods prices in general rose modestly or changed little, particularly for products where China or South Korea was a significant competitor. At the same time, commodity prices generally fell sharply. That meant the basic terms of trade between Canada and the United States, a mainly manufacturing nation, should have been in the U.S.’s favour.

In reality, of course, Canada’s trade surplus with the U.S. rose sharply. The cheap Canadian dollar and government-financed health care meant Canadian labour costs were lower than their American counterparts. Result: large-scale construction of Canadian industrial plants, particularly automobile. So, although most observers still thought Canada was a “commodity” country, the big growth in its output during the 1990s came from manufacturing.

In the past two years there has been a tectonic shift in terms of trade. The most important change has been in favour of commodity-exporting nations. Sharp rises in the prices of leading commodities, such as oil, gas, soybeans, gold, nickel, copper and steel at a time when finished goods prices collectively have gone nowhere means that the value of exports of such nations as Canada, Australia, New Zealand, Saudi Arabia, Chile, Brazil and South Africa has risen dramatically. In most cases, so has the value of their currency (with South Africa’s rand being the global champ).

Who are the biggest losers? Answer: the United States, Japan and China.

How’s that again? Japan and China are losing big on the terms of trade? Aren’t they eating nearly everybody’s lunch? And why not such manufacturing nations as Germany and France? They import oil and other commodities, so why aren’t they hurting?

That’s because to understand a nation’s terms of trade, you need to first adjust for currency changes. Virtually all commodities traded across national borders are denominated in American dollars. For example, in the past two years, crude oil prices have gone from about US$23 to US$35 per barrel. Some regional grades of gasoline in the U.S. (with required additives set by local rules) are now selling at their highest prices ever.

But in Germany, gasoline prices have remained stable, because the euro has moved up against the dollar on the same order as oil prices have risen in dollars. Another way of looking at this change is to compare gold prices for investors in the U.S. and Germany. Since May 2002, the euro holder has seen the value of his or her gold investment decline by roughly 20 euros per ounce or by six per cent, while the American’s investment has leapt 23 per cent, from roughly US$320 per ounce to US$395.

Let’s now look at how the U.S., China and Japan are being hurt by the new terms of trade. All three of these manufacturing powerhouses are large-scale importers of industrial commodities and large-scale exporters of finished goods. In the past two years, all three countries are paying considerably more for raw materials, and all three are having trouble passing those cost increases along because of global competition.

But China and Japan continue to spend hundreds of billions of dollars buying U.S. treasury bonds to prop up the greenback in order to hold down the value of their currencies. Between these two countries, they are financing more than half of Washington’s fiscal deficit (of which you read so much), so the interest rates on U.S. bonds are at remarkably low levels, despite some signs of returning inflation.

China and Japan have been rigging their currencies for years. For a long time, it made sense. With commodity prices weaker than prices of the finished goods they exported, their manufacturers had the opportunity to earn decent profits. No more. With their currencies pegged to the U.S. dollar, Chinese and Japanese manufacturers are paying more for raw materials, but can’t pass those costs along. Yes, they find every possible means to lower their costs and improve their productivity, but you can bet that thousands of underachieving companies that are being kept in business by their bankers are getting squeezed.

Nations don’t always do what’s sensible, but if China and Japan realize that their currency pegs are impaling their banks and act, there will be turmoil in U.S. bond and stock markets and a rise in the price of gold. But after the dust settles, the global economy should be on a sounder footing. fl'il 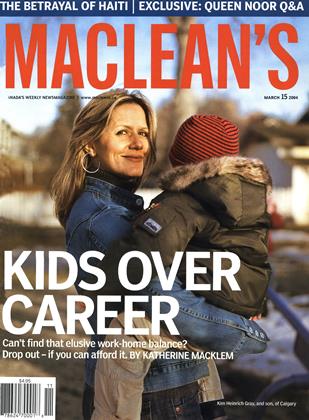