STEPHANIE LEWIS, a Toronto insurance broker, remembers the panicked call. The elderly woman on the other end of the line told her she’d owned her home for three years and had never made a claim. Yet suddenly she received a letter from her insurance company informing her that her policy wouldn’t be renewed because her oil tank had turned 15 years old, making her a high-risk client. The woman soon realized this was no minor nuisance. She needed to secure insurance fast because any lapse in coverage would tarnish her insurance record, leading to higher premiums. Besides, she had no choice: she had a mortgage, and lenders insist that homes they finance be insured. Despite the desperation in the

woman’s voice, Lewis, an account executive at Russ Bastow Insurance Brokers Ltd., had to turn her away because, like many brokers today, the companies she represents won’t take on homes deemed risky. The caller wound up going to a firm specializing in high-risk insurance, and her premium almost quadrupled. “People have to be informed like never before about what can make them high-risk,” Lewis says. “If not, they learn the hard way. It can be very sad.” Earlier this year, headlines were full of sad insurance stories, but they involved consumers burned by soaring auto premiums. Less publicized has been the growing trouble in home

insurance. The problem isn’t so much skyrocketing rates—house insurance has risen 11 per cent in the past year, versus 26 percent for cars—but the frequency of rejection. More people are having trouble getting policies, and those with coverage are finding Dear John letters from insurers in their mailboxes. Unlike car insurance, where companies can’t drop you unless they can show cause, homeowners’ policies are a largely unregulated branch of the industry.

Insurers haven’t made much use of this freedom until recently, when a run of disasters and investment losses has led them to redefine risk. Now, even with a claims-free home, you can find

yourself dropped for reasons ranging from the understandable—a bad credit rating, outdated wiring—to the bizarre: claims on another property such as a boat, a call seeking details of your coverage, the wrong pet.

Lewis has heard many tales of woe. One woman, whose neighbour made a claim after sewage backed up into his basement, called her insurance company to ask about her coverage if—hypothetically—the same happened to her. That phone call counted as a claim, based on the potential risk—a tactic not uncommon among insurers that deal directly with consumers. Another claim within five years brands you a high-risk client. “People have become afraid to make claims,” says Lewis, adding, “Companies are evaluating you as a risk, and consumers are not used to having to make themselves a marketable commodity.”

ONE woman asked her insurer whether she’d be covered if her sewer backed up. That call counted as a claim.

To assess whether you’re worth doing business with, companies are keeping better track of claims, asking more questions and verifying applications, sometimes with the so-called drive-by. Too much chopped wood on the property may indicate a wood stove is the home’s primary heat source—that means risk. Consistently having more than two cars in the driveway may be a sign of renters—again, risk. Anything that doesn’t mesh with an application could trigger an investigation, or even a policy cancellation. Reason given? “Whatever the insurance officials rationalize in their heads,” says Lee Romanov, president of the Consumer’s Guide to Insurance, an insurance-rate comparison service. “They don’t have to say why.” It’s not just homeowners being declined; apartment dwellers are also finding it harder to get coverage. Christina Andrews, 48, of Belleville, Ont., had tenant’s insurance until she moved into a shared house. When she moved back into her own apartment she opted to forgo it, until her 16-year-old son moved in with her, along with $14,000 worth of musical equipment. She shopped around but, due to the time lapse, no carrier would sign her. “I’m still hoping I can get contents

insurance,” she says, “but I’m looking at higher rates and a higher deductible.”

Why is the industry turning down paying customers? After all, the Canadian insurance sector generated $2.6 billion in profits last year, and the real estate boom would suggest a rich market. “If I was a consumer today, I’m sure I’d be asking what the heck is going on,” says Paul Rapa, a senior underwriter at insurance company American International Group Inc. “But given the problems of the past five or six years, some companies have had to whittle down the type and the number of clients they take. If you fall into a predetermined category, you may come out on the short end of the stick.”

Some of those problems are the same ones driving hikes in auto premiums. Consumers have been making more claims, some essentially using their insurance as a homerepair piggy bank. As well, a spate of costly natural disasters—from Hurricane Andrew in Florida to the Quebec ice storm—produced a big jump in payouts. Companies relied on income from the investment of premium money to carry them through— until the bear market devastated that revenue stream, too. Sept. 11 further added to the mess. Needing to get on solid financial footing, companies have been shedding risk, especially the “unquantifiable” kind. Some pare their client pools in large cities where a disaster would be financially ruinous. Others no longer insure homes with aging oil tanks or volatile breeds of dogs that could harm someone and draw a massive lawsuit.

As the balance of power shifts between consumers and insurance providers, people are growing afraid to make any claims lest their policies are cancelled—and they face the devastating prospect of not having insurance when they really need it. Lindsay Olson, vice-president of the Pacific region for the Insurance Bureau of Canada, remembers getting calls during the B.C. wildfires last August and the desperation of those trying to buy insurance even as they watched flames approach. “People who haven’t participated in the risk pool will have trouble during a state of emergency,” warns Olson.

Insurance professionals stress that consumers reluctant to file any but big-ticket claims is precisely how the system is supposed to work. In that sense, fear of rejection is a good thing. “People need to see insurance not as a tool for maintenance,” says Lewis, “but as a guard against catastrophe.” PÎ1

How to keep your insurance from going through the roof

SMALL CLAIMS COUNT: If a repair runs a few hundred dollars above your deductible, eat the cost. By reporting it, you will lose your 10 per cent claims-free discount, plus if you need to make another claim later, you’ll be branded high risk. That’s right: it only takes two claims. READ, DON’T CALL: If your policy is provided directly by the insurance company, without a broker intermediary, never call to inquire about a potential claim-that call alone counts as a claim. And beware: call display will erase the anonymity you may think you have. Read your policy when you get it and ask questions then. KNOW WHAT’S RISKY BUSINESS: Aging oil tanks, galvanized plumbing and knob-and-tube wiring are all reasons an insurer may reject you. While owners of pitbulls, Rottweilers and German shepherds have been covered before, more firms now reject them as “unquantifiable risks.”

HONESTY IS BEST POLICY: Be truthful on your application-insurers are not connected to the Canada Revenue Agency, so if you’ve started a daycare service or are renting a basement apartment, let your provider know and pay the small fee for the extra coverage. Otherwise, should you need to make a claim, the company has every right to deny it. NEVER BE LATE: Pay premiums promptly. A single missed payment or NSF cheque can be reason enough to get the boot. SHOP AROUND: Most brokers represent only a few companies. To find the best rate, call several, or try independent online services like insurancehotline.com, which provides quotes for up to 30 insurers nationwide.

APPEAL: All insurance companies must have ombudsmen to deal with public complaints, so if you want to dispute a claim or notation on your record, do. C.R. 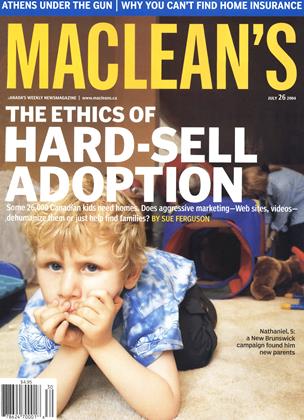