THE ART OF SUBTLETY

THE ART OF SUBTLETY

RAYMOND MORIYAMA, at 75 one of Canada’s most revered architects, is picking his way around construction materials inside what might be his crowning achievement: the Canadian War Museum. He scans the main lobby’s low-slung, undulating ceiling with a satisfied smile. “It’s meant to feel like clouds,” he says. And it does—cloud cover pressing down over a stretch of land, maybe even a battlefield. The effect is nothing like the airy, vaulting quality typical of entry areas to grand public buildings. This space is designed to put visitors in a reflective mood. They’re supposed to be thinking about war, after all. Moriyama and his design partner on the project, Ottawa architect Alex Rankin, say the inspiration for their landscape-hugging, hunkered-down museum, on a prime site beside the Ottawa River just west of Parliament Hill, was the “quiet courage” of Canadians who went to war. “It’s a building of 450,000 sq. ft.,” Moriyama says, “so to make it modest was a challenge.”

Making it modest is an aim not much in vogue these days when it comes to major new buildings. The big noise in Canadian architecture is swirling around two blockbuster museum expansions in Toronto, one by Frank Gehry, the Canadian-born, Los Angeles-based designer of the epoch-defining Guggenheim Museum in Bilbao, Spain, and the other by Daniel Libeskind, the American chosen to bring his vision to redeveloping New York City’s Ground Zero. Gehry has designed a major remodelling of the Art Gallery of Ontario, featuring an immense titanium-and-glass facade and projected to cost $200 million, while Libeskind’s $200 million makeover will have the stately old Royal Ontario Museum sprouting huge crystals. Asked about these and other recent Toronto projects by international marquee architects, Moriyama hesitates to comment on specific buildings, but doesn’t disguise his general disdain. “Our technological society tends to lean toward flash,” he says, “to technological answers based on ego.”

Ego, of course, has never been in short supply when it comes to high-priced architecture. How could it be otherwise in a discipline that invites artsy visionaries to create on a scale that far surpasses what’s available to, say, mere painters or novelists? And given the egos at play, including his own, Moriyama’s misgivings about the attention-hogging outsiders might easily be dismissed as sour grapes. But his critique is echoed by enough other Canadian architects to suggest something more substantial. Their common complaint: the qualities they value most in design are not reflected in what the “starchitects” are bringing to the country’s biggest city.

“There’s a fashion parade of big-name architects coming to Canada,” gripes Peter Busby, a Vancouver architect renowned for his buildings’ environmental ingenuity. “They’re hired for the spectacularness of their designs. It’s more important to do buildings that are integrated into their context properly, that are elegant and simple, and use resources conservatively.”

The new, $109-million war museum, which is nearing completion and scheduled to open in May, fits with Busby’s notion of site-sensitive style. The building melds into its riverside-meadow setting. There’s even grass growing over much of its rooftop, to which visitors will have easy access by pedestrian ramps on either side. The museum’s only eye-catching element, a swooping, copper-clad fin on its roof, is aligned with the Peace Tower, off to the east, linking the museum visually and symbolically to the Parliament Buildings. Hal Kalman, author of A History of Canadian Architecture, says this sort of willingness to acknowledge surroundings— rather than dominate them—is a hallmark of good Canadian design. “Greater attention to context is part of our architectural tradition,” he observes. And that’s not the sort of thinking that tends toward giant crystals or gleaming expanses of titanium.

Of course, many new buildings have to fit into more crowded settings than the bucolic site of the new war museum. Just now, Toronto’s Bloor Street might be the best place to contemplate the tension between imported eye candy and homegrown reserve. On the same Bloor West block where Libeskind’s edgy addition to the ROM is rising, a subtle $ 76-million expansion of the Royal Conservatory of Music, designed by the Toronto firm Kuwabara Payne McKenna Blumberg, is under way. KPMB’s design is deferential to the conservatory’s late-19th and early-20th-century buildings, while Libeskind’s crystal concept threatens to overwhelm the ROM’s 1912 and 1932 wings. “His design was supposed to conserve and showcase the historic ROM,” says Kalman, a Vancouver consultant in architectural conservation. “In my estimation, it hides it.”

For his part, KPMB partner Bruce Kuwabara welcomes the influx of international flair to Toronto. He notes that the city has a history of being jolted by visionary architects, notably in the 1960s, when Viljo Reveil gave Toronto its big hug of a city hall and Ludwig Mies van der Rohe’s black Toronto-Dominion Centre set the standard for modernist drama in business towers. But asked if he sees much to emulate in today’s bravura designs, Kuwabara says, “KPMB is not about big headline architecture, we’re about a slower read.” People who work in his firm’s buildings come to love them, he adds, even if they’d have trouble sketching their building or explaining what makes it exceptional.

Not that Kuwabara and his partners, along with other like-minded Canadian architects, are suffering from lack of attention. Just one sign that they’re being noticed: a prestigious European publisher of architecture books, Birkhäuser, recently released The Architecture of Kuwabara Payne McKenna Blumberg, a lushly illustrated coffee-table book that showcases everything from the firm’s 1991 breakthrough building, muted Woodsworth College at the University of Toronto, to the Canadian Embassy now under construction in Berlin.

Kuwabara seems most excited, though, about a KPMB work-in-progress too recent to make the book—new headquarters in Winnipeg for Manitoba Hydro. “We’re working with an integrated design team to achieve incredible energy savings for this building,” he says. Designing with the environment as a prime concern is a growing trend among leading-edge Canadian architects. The lessons come from Europe, where stringent building codes push architects to consider everything from using more recycled materials to capturing solar energy. KPMB’s embassy in Berlin, for instance, will collect rainwater from its roof for watering plants. Kuwabara sees green design melding with what’s called urbanism, which broadly means paying respectful attention to a new building’s older neighbours. And he credits Vancouver’s Busby as the leading Canadian exponent of sustainability in architecture.

Like 55-year-old Kuwabara, Busby, 52, is an established figure. Yet both are still widely seen as rising stars in a profession where fame often comes late. (Gehry was in his late 60s when his Guggenheim in Bilbao made him a superstar, while Libeskind was in his early 50s when his Jewish Museum in Berlin brought fame.) Last summer, Busby’s Vancouver firm merged with the much larger Perkins + Will, a fixture in Chicago with a 70-year history and projects in 40 countries. A sign of Busby’s stature: the merged firm is called Busby Perkins + Will Architects Co. and is headquartered in Vancouver. Among the striking buildings Busby has created for his home city is the new $8.1-million Brentwood SkyTrain Station, in the suburb of Burnaby, an award-winning, sculptural cocoon over the commuter rail tracks. While there’s lots of glass and some steel in the station, there is also plenty of B.C. wood—unexpected in this sort of building, but favoured by Busby for its environmental advantages. “It’s the only building material made by the sun,” he says, noting the lumber was sustainably harvested.

Not all Canadian architects, of course, agree that blending into an urban context and taking care of the environment should trump the urge to create a visual splash. Some wish Canada’s architecture stirred things up more. Michael Carroll, 40, a partner in the acclaimed small Montreal firm atelier BUILD, which designs what he calls “gritty, rough-and-ready” modern houses for tight spaces in the city’s inner core, applauds what’s happening in Toronto. Carroll says he’s thrilled by what Gehry and Libeskind are doing (though he thinks Gehry’s AGO is a bit too “well-mannered”) and also by British architect Will Alsop’s provocative $21-million expansion of the Ontario College of Art and Design, which features a sort of box on stilts. “We need more buildings like it,” he says. “You want people to take notice. Canada is pretty well off the radar screen in terms of architecture—we have to welcome outsiders who can generate debate.”

Among the architects themselves, at least, that debate is now raging. But the final verdicts, from history and the people who have to live with the buildings, are hard to predict. Architects who face controversy take solace from the way the Eiffel Tower, now universally beloved, was initially derided by many, including Guy de Maupassant, who called it “a giant ungainly skeleton.”

As for Moriyama, he seems less concerned about history’s lessons than with more private reference points. Climbing a stair in the war museum to what is to be called Regeneration Hall—a chapel-like room with a high triangular window framing a view of the Peace Tower—he compares the space to a tree house he built as a boy in a Second World War internment camp for Japanese Canadians in B.C.’s interior. “It became magic for me,” he says, musing that soldiers in foxholes, during lulls in the fighting, might have felt a similar sense of peace. For a building that aspires to be modest, a kid’s fort is an appropriately homey bit of inspiration. The modesty is unmistakable. The question is whether museum-goers, in an era with much flashier architectural wares on display elsewhere, will appreciate the magic, too.** 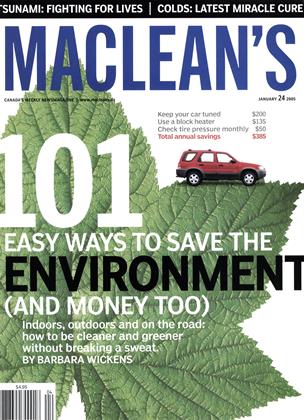