I can answer your cover question on the Jack Layton story (Dec. 5): “Who is this man and why is he running the country?” Because it’s time someone did.

When I first saw the photo of Jack Layton on the cover of Maclean’s, I thought I was looking at a photo of late Soviet Premier Vladimir Lenin. It is amazing how nearly identical these two socialists look.

Did your Chief Photographer Peter Bregg deliberately pose Layton to look like Lenin? Or was it Layton’s idea? Either way, if this was done on purpose, somebody deserves the Leacock Medal. Politicians who can laugh at themselves are worth their weight in gold. But a photographer who can put one over on this most media savvy of politicians is also pretty special.

Your cover line on Layton got it wrong. It should have read: “Who is this man and what makes him think he is running the country?” In truth, I believe we are governed more by an entrenched bureaucracy than by the federal government we elect. As the Gomery Report pointed out, the culture of entitlement was and is just as prevalent in the upper echelons of the public service as it is in the Liberal Party. The good news is that at least we now have an opportunity to change the government. The bad news is that, until we can elect a government that is prepared to reduce the size, power and waste of the bureaucracy— and that certainly wouldn’t be the NDP—we will be unable to change the way the public service functions.

Congratulations to Paul Wells for his excellent column, (“Stay, just a little bit longer,” Nov 2l). It had just the right mix of humour and cynicism to keep us reading while deliv-

ering a very important message: vote for the party that is advocating what you really want. I have in the past tried to vote strategically by voting for the Liberals to ward off the Conservatives. This time I decided I would vote with my heart. In my riding, that would mean voting NDP. As for a Christmas election campaign, why not? The season is getting into gear with canned Christmas carols in the malls and a proliferation of plastic bows and other seasonal decorations. Why not add to the tackiness with our name-calling federal parties and their leaders?

Wells says that “if you like the New Democrats but you vote for the Liberals to stop Harper, you profoundly deserve to wind up with a Conservative MP.” And, in last year’s election, that’s exactly what many got. One clear example is Oshawa, where the Conservative candidate beat the New Democrat by less than one per cent of the vote. It’s unfortunate that voters fall for Liberal scare tactics, because the Liberals aren’t really worried about what the Conservatives might do to Canada; they just want to frighten us.

A long time, and a good time

Over the past few weeks I have rushed to read the most recent edition of Maclean’s, mainly because of Scott Feschuk, and his brand of wacky and witty humour. As a high-school English teacher, I use his columns to show my students that writing can be funny and entertaining, but still intelligent. He is a welcome addition to your magazine and I hope he’s around for a long time.

I was very disappointed with the article about our organization’s latest public policy campaign to establish new 0.05 per cent blood alcohol concentration (BAC) laws in our country (“Science? Or MADD as a hatter?” Justice, Dec. 5). Maclean’s has not only made light and denigrated the members and work of our organization, it has misrepresented important policy arguments about a lower BAC level and the overwhelming scientific evidence that does point to a more reasonable and responsible legal limit of 0.05 per cent BAC. MADD Canada has done its due diligence in forwarding policy options to our elected officials with a goal to making our roads safer from impaired driving. The 0.05 per cent BAC solution we present is based in empirical evidence, supported by experts in this country and around the world, and has been proven to be effective in saving lives and preventing injury. Maclean’s slight of MADD Canada and the issue of 0.05 per cent BAC has done a disservice to this important policy debate on more effective impaired driving laws.

can't understand how one ounce of positive change can come from trashing Bono, Stephen Lewis and David Suzuki. Kyoto is not perfect, but we must start somewhere.'

Those advocating criminalization as an approach to safety may be well-meaning, but they are completely misguided. Most Canadians do not realize that two levels of government deal with the impaired driving problem. Most provinces and territories already impose administrative licence suspensions on drinking drivers. If you have a BAC of 0.05 (0.04 in Saskatchewan), you immediately lose your licence for anywhere from four to 24 hours. These suspensions protect the public by taking potentially dangerous drivers off the road, and give those drivers a strong warning. They are an effective tool in the fight against impaired driving, in part because they impose swift and certain consequences. The federal Criminal Code is applied at BACs of 0.08 and over. Making conduct criminal is society’s ultimate condemnation. A criminal conviction, be it for armed robbery or for driving with a BAC over 0.08, limits travel and job opportunities for the rest of the offender’s life. Justifiably, the legal process to charge and convict is intricate and costly. The Canada Safety Council recommends dealing with lower-BAC drivers under provincial and territorial highway traffic acts. As your article rightly points out, highBAC drivers—many of them chronic offenders and alcohol dependent—now cause most of the harm. Many already drive at BACs twice the current legal limit; their behaviour will not be changed by a lower criminal limit. Emile Therien, President, Canada Safety Council, Ottawa

Excellent article on the MADDness in Canada. The 0.05 BAC limit is a useless piece of legislation that should never find footing in your great country.

I can’t understand how one ounce of positive change can come from the trashing of Bono, Stephen Lewis and David Suzuki (“Three

smarter ways to save the world,” World, Dec. 5). If writer Steve Maich had done his homework, he would have made the not-so-difficult connection that C02 emissions are the key to all the other pollutants. Both sulphur dioxide (S02) and nitrogen oxide (NOx) are released into the environment when you burn fossil fuels. Therefore, if we reduce C02, we automatically reduce S02 and NOx. The Kyoto accord may not solve all of our problems, but we must start somewhere.

Maich points out that the most dramatic effects of climate change would be close to the equator and that Canada might actually benefit from a higher temperature. Is he even aware of the already significant environmental impacts on arctic people’s traditional lifestyles and the fact that these regions actually warm more quickly than anywhere else in the world? How about the potential of tropical diseases such as malaria spreading to other parts of the world? Would Canadians be impacted if the Gulf Stream ceased to flow north as a result of rising sea levels leading into a premature ice age? Furthermore, the suggestion that reducing particulate matter would be a better approach is irresponsible. These are two different issues entirely with particulate matter reduction to improve human health and C02 reduction to stop climate change.

lower mileage is only attained when driving under 50 km/hr. (“Hybrids suck gas,” Business, Dec. 5). I routinely average between 4-5 litres/100 km and 5.0 litres/100 km on the highway with my 2001 Prius. No other car on the road comes close to that kind of mileage. But your article is misguided on other fronts. First, no car gets the mileage the dealership claims. But more importantly, the prime environmental difference is not only around reduced fuel consumption, but around reduced emissions. Most people don’t pay the extra $5,000 to $15,000 for a hybrid because they want to save it back on gas. They pay the money to reduce the impact on the world around them.

After reading your articles on spoiled children (“Tween modern,” Home, Nov. 21 and “Blinging up baby,” Home, Nov. 28), I want to know how any parent can justify buying Gucci or Versace clothing for an infant? The child does not know he or she is wearing designer clothes and simply does not care. People are starving all over this world and yet we are dressing babies in miniature Uggs boots? In the tween decorating story, you write about a 17-yearold girl spending $30,000 on her room. What is in that room, a bar with a full-time bartender and a chef? Don’t get me started on the 14-year-old who wants a Japanese-style bed, woven walls and leather chairs. I wish her parents didn’t have kids. In the future, all of us are going to really pay for this lack of parenting. RettFuhrman, Erie, Pa 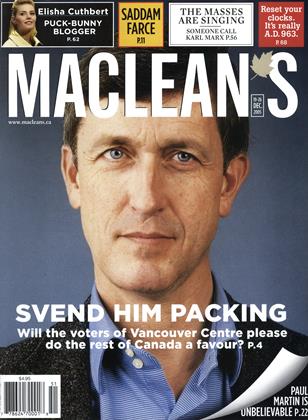