IS BAATHISM DEAD IN IRAQ? As the smoke clears from one of the most unlikely elections in the history of democracy, this is a key question facing a new government taking over the reins of power in a nation already deeply divided along sectarian lines. In the aftermath, the question is not whether Baathists, members of the party of Saddam Hussein, survived the war that toppled their regime (they did, at least in terms of the insurgency, which is primarily lead by former Baathist leaders), but whether the polit-

ical remnants have the will to re-form and fight for a legitimate place in the new Iraq.

Whispers of a secret network filter through the streets of Baghdad. Baathists dedicated to a Sunni-dominated nationalistic party ideology, it is rumoured, meet in private homes and cafés to discuss their future. “But you’ll never see us,” says Hamid. “We pass each other on the street and slip notes back and forth without anyone noticing. The devil can’t imagine how we manage to function.” Driving around the congested streets of Baghdad, Hamid and his Baathist companion, Jasim—the names are both pseudonyms—describe in detail the debate among diehard party members.

“Saddam was an unfortunate period in Baath history,” says Jasim, a former police officer and mid-level party member. “But Baathism is not synonymous with Saddam Hussein. It has a long history.” Hamid and Jasim

argue that democracy needs to be inclusive, and reconciliation should be the goal of all political entities.

Yazan al-Jabouri, spokesman for the Iraqi Homeland party, agrees. “The Shia have inverted the logic of democracy and the rule of law,” says the 23-year-old, who studied political science and economics in Europe. “To them, all Baathists are guilty until proven innocent.” His party, a self-proclaimed liberal Sunni group, instead wants an end to de-Baathification, and emphasis placed on rooting out any remaining Saddam loyalists. If Baath returns to the political arena, then so be it, he argues. “Let the people decide if they should have a voice in Iraqi politics.”

With Saddam gone, many members of the banned party are talking transformation

and resurrection. “There needs to be some change of thinking,” says 60-year-old Najim al Iraqi, a former top leader in Saddam’s Baathist regime who quit in 1994, frustrated that it had become a personality cult. “We need multi-party democracy that respects all political perspectives, including Baathist socialism.”

But to the Shia-dominated Daawa party, any talk of Baathists re-entering the political fray is anathema. “How can the people of Iraq forgive the Baath party?” says Ahmed al-Assadi, who works in Daawa’s public relations office. “For 35 years they committed crimes against the country.” He sees Saddam’s role in Baath history as a brutal continuity. It’s Baath that created Saddam, he argues, and not the other way around.

The public is divided, as with so many other issues facing Iraqis today, along sectarian lines. Many Sunnis, even those who celebrated the fall of Saddam, worry that a Shia government will favour its co-religionists over minorities like themselves. “If the Baath party was running in any election,” says 60year-old Ali, a taxi driver from the Sunnidominated Adhamiya district of Baghdad, “no matter what the danger, everyone in my neighbourhood would vote, and I’d be first in line.” By contrast, Shias shudder at the very mention of Baath. “If it was in my hands,” says Jaffer Lubcha, 41, a freelance writer, “I’d completely destroy the Baath party.”

In the months and years to come, whatever government rules from Baghdad, dealing with the Baath issue will be a complex problem. After so many decades of Baathist rule, its imprint will not be easy to purge from society, nor the sectarian divides it generated easily bridged. Baathists warn that forcing people to reject Baathism will backfire. But they recognize that, for the moment, the tide is against them. “Now is not the right time for Baath to re-emerge,” says Jasim. But he adds a caveat before exiting the car and disappearing into the crowds. “Its time will come. Baath will be back.” U] 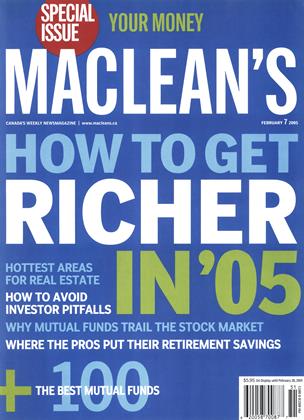