YOUR MOTHER WAS RIGHT. Sometimes life just isn’t fair. For years, studies have confirmed that attractive people get all the breaks. Teachers pay more attention to their good-looking charges, as do doctors and nurses. Juries are more apt to acquit, and voters are more likely to elect, the handsome and the beautiful. And employers? They’re the biggest suckers of all, lavishing jobs, promotions and higher salaries on those who are easy on the eye. As if all that quality of life weren’t enough, attractive people also have a leg-up in terms of quantity. One recent research project concluded that, on average, good-looking men will live seven years longer than the rest of us, while their female counterparts will endure an additional three years.

But surely there are limits to this phenom-

enon, especially when it comes to the unique bond between parent and child? If there are faces only a mother can love, at least we can count on that, right?

Not necessarily. At a recent demographics conference in Edmonton, sociologist Andrew Harrell outlined a 2003 observational studyone of several he’s conducted over the past 15 years—on children and shopping-cart safety during excursions to buy groceries. The issue is a serious one, as upwards of 30,000 children are badly injured each year in North America due to falls from shopping carts or tip-overs. Which makes the results of Harrell’s latest survey all the more disturbing. To wit: good-looking children are six times more likely to be buckled into shopping cart seats than

kids who are, well, not as pleasant to behold.

As a father of five, ages eight to 35, and grandfather to three more, Harrell—who turns 60 on April 1 and is executive director of the University of Alberta’s population research laboratory—admits to some discomfort with his own findings. “I would have hoped for more from the human condition,” he says. “To think a child’s looks might dictate the care a parent gives that child is appalling.”

Appalling, yes. But not entirely surprising. After all, Harrell’s decision to test whether the attractiveness of a child might influence parental vigilance was no idle whim. He’s well acquainted with a body of research that shows the impulse to judge others on the basis of

physical appearance begins shortly after birth—and suggests even parents can fall prey to the scourge of lookism when dealing with their own children.

Much of the work in this area has been pulled together by psychologists at the University of Texas in Austin. Drawing from studies over the past three decades, they’ve charted the progression of what’s known as the beauty-is-good stereotype. Infants as young as two to six months show a preference for attractive faces. By the time they are toddlers, children already ascribe positive traits to beauty and negative qualities to the lack thereof. As they grow older, the prejudices deepen. Children continue to seek out good-looking friends and attribute to them all kinds of positive traits. Among other things, children perceive attractive peers as being smarter, more generous, friendlier and less mean.

The jury is still out on whether our preference for the attractive is inherent or learned. That twoto six-month-old children already appear to be discriminating suggests a genetic link. But there’s no doubt children also learn a great deal by observing how thenelders treat the handsome and the homely. In one study cited by Harrell, adults watched videotapes showing children of varying levels of beauty kicking a dog. “With attractive children, viewers conclude they were either provoked by the dog or it was accidental,” says Harrell. “With the less attractive ones, it’s seen as an intentional and malicious act.”

A1995 study by psychologists Judith Langlois, Jean Ritter, Rita Casey and Douglas Sawin, all then at the University of Texas, took the beauty-is-good theory right into the nursery. Mothers of more attractive newborns (as rated by a group of college students) at an Austin hospital were observed being more affectionate and playful with their infants, holding them close and cooing, “Hi, cute baby, you’re such a cute baby.” Mothers of homelier babies, by contrast, tended to focus on other people and performing child-care tasks such as changing diapers. However, the researchers stressed that all the moms treated their children well, regardless of looks.

So what makes someone attractive? It’s a question philosophers, poets and scientists have pondered for centuries. The debate rages on, but most researchers agree that, in terms of facial features, a certain balance

and symmetry are important. However we define beauty, it appears to transcend race and ethnicity. In one study, Caucasian, African-American and Mexican-American children were shown photos of kids from all three race groups. Their choices of who was attractive had little to do with skin color.

Mind you, the same conclusion might have been reached by simply considering why Nicole Kidman, Halle Berry and Salma Hayek are all successful Hollywood actresses.

In laboratory investigations into the impact of beauty, facial features are painstakingly measured and manipulated, often using computer imaging. Field studies like Harrell’s afford no such luxury. In the most recent one, Harrell dispatched four-member observation teams to 14 Edmonton supermarkets. The researchers stood by the door until children accompanied by one adult came along. For the next five minutes, two team members, posing as shoppers, followed the subjects and independently recorded their rating of the child’s attractiveness on a scale of one to 10. They were then replaced by the other two, who spent five minutes observing

how vigilant adults were about protecting their kids, who were aged 1 to 6. (If nothing else, publicity surrounding Harrell’s research should ensure parents of young children will be checking over their shoulders when next they hit the grocery aisles.)

Scott Wooding, a child psychologist and family therapist based in the Calgary area, says Harrell’s findings have the ring of truth. “As a society, we really don’t want to talk about this because it’s so unfair,” says Wooding, who has authored several books on parenting. “But parents will at times treat their children differently, based on looks.” Wooding stresses that such discrimination is unintentional. “Parents absolutely believe they are treating their children exactly the same,” he says. “But it isn’t always so.”

Valid or not, Harrell’s study is already prompting some parents to do a bit of soulsearching. Gary Perkins is a Calgary-based energy lawyer and father of two—let the record state, very attractive—children, ages 6 and 9. “It’s interesting information and I wouldn’t slough it off,” says Perkins. “But if it’s true, it really bothers me. Not because other people do it, but because I might do so. I would hope not, but if it’s subconscious, then who knows? I’m going to be thinking about it.” PI 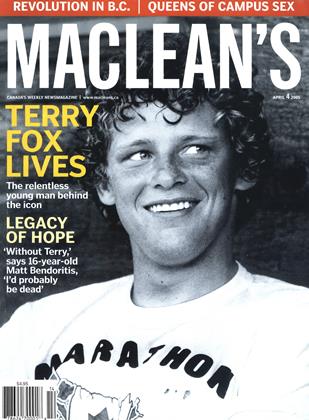