Jason Collett has two teenage kids, a baby on the way, a gig playing guitar in one of Canada’s hottest rock bands, Broken Social Scene, a new solo CD, Idols of fx/Ve-and a home to renovate. The Torontonian, a woodworker by trade, wasn’t always this busy. “I had kids young and tried to make it living in the country. I tried to stop being a musician and be a responsible dad. It just didn’t work out.” Collett came back to the city and started a popular weekly gathering of songwriters in 2001, but he still wasn’t completely at ease. “It’s only in

the last several years that I’ve been comfortable referring to myself as a musician. I introduce myself as a carpenter.” That said, Collett’s confidence is growing-thanks to his new, knockout collection of pop/rock songs featuring perceptive Dylan-esque lyrics. “We’ve been saying in our camp, ‘There’s no point in making a good record-there are too many good records out there. You’ve got to make a great record.’ And I feel like I have.” But that doesn’t mean those renovations are going to take care of themselves. SHANDA DEZIEL

“He really has a unique ability to write quite amazing lyrics—that art is becoming a lost art It sets him apart from a lot of writers of our generation.” -Howie Beck, producer of Idols of Exile 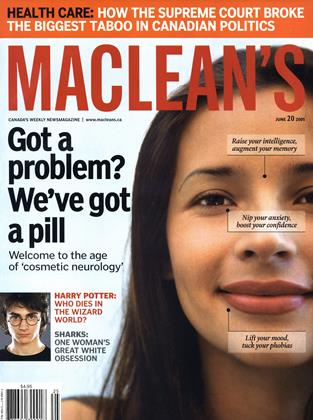