LYNDA KRAAR is a 46-year-old suburban mom of two by day and a rocker in leopard print by night. Driven by a need to escape the daily grind of suburban life, the selfidentified militant mom and Toronto native has found an outlet in her music, in between driving her daughters to school and tae kwon do, buying groceries, cooking dinner and helping take care of her husband’s sick mother. “I am not Britney Spears, nor do I have any desire to be running with the twentysomething pack,” says Kraar. “I have survived birthing two children, becoming a mother, losing a mother, and now I have no intention of growing old gracefully.” So Kraar, with her black velvet jacket, vintage

Kraar, who divides her time between Toronto and New Jersey, is part of the mom rock movement breaking out across North America and finding a voice in England. Suburban women are dying their hair pink, donning fishnet stockings and rocking out in groups like Placenta, Housewives on Prozac,

Frump and Candy Band. And they turn to themes they know to pen songs with such titles as Pee Alone, Pick up Your Socks, Toy Hell, Eat Your Damn Spaghetti and Fuzzy Slippers.

It’s a movement Kraar and Fredericton native Alana Ruben Free want to bring to Canada next year through Mamapalooza, a festival for moms who are musicians, artists and writers. Launched in New York City in

2002, Mamapalooza has expanded to eight cities, including Chicago and Detroit, and draws thousands to some of its spring and summer events. “Just because you are a mom doesn’t mean you have to give up everything,” says Free, editor of Mamapalooza’s magazine Mom Egg. Even for those who never plan to perform in public, rocking out can be a liberating form of expression. “Some people may see it as frivolous to make a song that nobody hears or to write lyrics no one reads,” says Free, “but for the person, it can be the very thing that affirms and saves them.”

Joy Rose, the 48-year-old singer for Housewives on Prozac and founder of Mamapalooza, agrees. It’s not only rock’s potential for fun, success and critical acclaim that draws these women, Rose says, but also its power as an antidote to the disorientation women feel when they become moms. “When we snap on the apron, snap out the kids, suddenly we don’t know who we are.”

For Rose, this is what happened when she left New York City for the burbs and gave birth. “I realized how we get stuck in the middle of the grind of working and raising children and how weary and dull life can get,” she says. “I didn’t want to be stuck anymore.” She escaped through music, using everyday life to inspire her. When her daughter refused to eat dinner, she wrote: I’ve been standing in the kitchen since / a quarter to noon / Eat your damn spaghetti or leave the room. The song was featured on the Housewives’ national album, I Broke My Arm Christmas Shopping at the Mall.

Rose feels being a mom rocker has allowed her to reclaim part of her old self, if only in a small way. “We all have a dream or two we put on the back burner when we get caught up with the responsibility of life, motherhood and general adult issues,” she says. So as she keeps busy juggling the creative life and the responsibilities of motherhood, Rose says it’s important to remember that “life doesn’t end at 30, you can be expressing yourself and rocking at 20, 30, 40 and 50.”

As for Kraar, she confidently predicts the mom rock movement will take off in Canada. “We are here and we are waiting for our moment,” she states. “You will see a long line of mom bands who have been holed up in basements, garages and chat rooms all over the country coming out.” lil 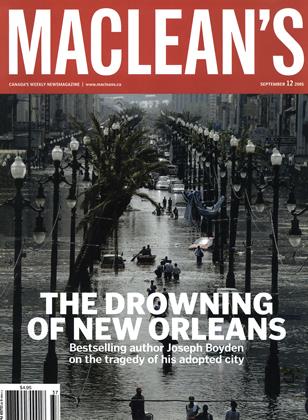