Letting them hang themselves

Letting them hang themselves

It’s never a good idea to seek refuge in a tiger’s enclosure even when you’re a bandit armed with a knife running from security guards. An alleged bandit tried just that last month in the zoo in Bloemfontein, South Africa, and was mauled to death by a Bengal tiger. It wasn’t the first time zoo residents took on the bad guys. In 1997 a gorilla named Max confronted another thief who entered his enclosure, bit him on the buttocks and cornered him until police arrived, despite having been shot twice by the bandit.

A zoo in Chennai, India, has put two albino cobras on display. Although albinism is rare in snakes in India, the hooded duo were acquired in nearby Sri Lanka, where the characteristic is more common. The cobras measure 1.5 and 1.6 m, and are just as venomous as their fully coloured counterparts.

Tegan and Tojo were minding their own business last week, grazing in a paddock in Devonshire, England, when someone hacked off their tails. The 1.3-m-long horse tails were neatly cut just before the dock. Police speculated that the otherwise unharmed animals had been quarry for a wig-making gang that would sell the tails for hair extensions.

Baronet Sir Benjamin Slade has offered to give away his $2 million mansion and 1,500 acres of land in Somerset, England to anyone—even strangers—provided they have DNA that closely matches his own. He’s tried to sell the estate, with three lakes, 430 head of cattle and 12 peacocks but couldn’t find abuyer. And, he added, “None of my relatives wants anything to do with my dump.” 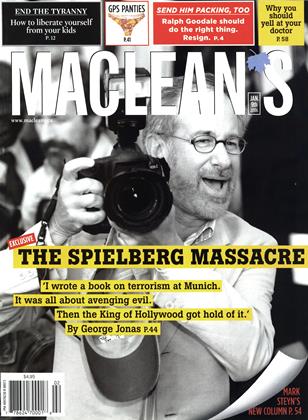