WHEN THE OIL RUNS OUT

WHEN THE OIL RUNS OUT JONATHON GATEHOUSE February 13 2006

WHEN THE OIL RUNS OUT

The Landeszeitung Lüneburg says it’s sorry for putting a utility’s ad for “the gas of tomorrow” beside a large story about the killing of Gypsies at Auschwitz. The German paper “apologizes for this mistake, which both contradicts the article’s intention of shedding light on an almost forgotten chapter of National Socialism and also undeservedly casts the utility in a questionable light.”

The fringe candidate in the Minnesota governor campaign who represented the Vampyres, Witches and Pagans party was arrested last week after a sheriff’s dispatcher recognized him. Jonathon Sharkey was charged with two Indiana offences—escape and stalking. In his campaign, Sharkey had advocated tax breaks for farmers, veterans benefits, improved education and the impalement of certain wrongdoers.

When an armed and masked bandit burst into Ana Zuric’s betting shop in the Croatian capital of Zagreb, he demanded her day’s take. Instead of yielding, Zuric ripped the bandit’s mask off, slapped his face and told him, “Don’t be such a silly boy.” Police are searching for a humiliated man in his 20s.

Guenther Muehlenbach, an Austrian ski instructor, tried to show his students the dangers of skiing out of bounds. When he wandered to the edge of a slope at Vorarlberg to explain the hazards of avalanches, he was immediately hit by one. Said an aghast student: “Suddenly there was a loud rumbling and he disappeared in a cloud of snow.” Muehlenbach is recovering from hypothermia and shock.

A young Saudi man was recently obliged to marry a woman from his father’s family. But when his mother learned of the match, she insisted that he also marry a woman from her family. The father then demanded he take another bride from his family and the mother required the harried son to marry another of hers. He’s now in a hospital receiving psychiatric care. His parents are divorced.

To ensure that speeding trains don’t result in another derailment like the one that killed 107 people last year in Amagasaki, the West Japan Railway Co. is slowing down its timetable by an average of 21 seconds during rush hours and 16 seconds for off-peak trains. Said railway spokesman Norio Kitamura: “The change may sound insignificant, but it means a lot for train drivers, who are used to operating by the second.” 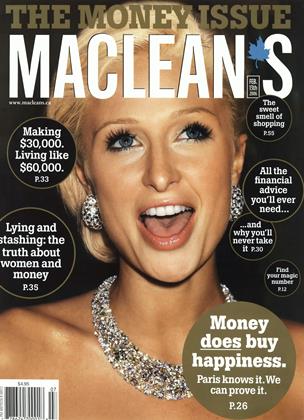