Danny dle son Epp between was born two on brothers. Nov. 10,1983, His father, in Edmonton, Norm, an a insurmidance man, moved the boys and his wife, Fran, several times: first Winnipeg, then Saskatoon, finally settling in Abbotsford, B.C., for the mountains and the coast nearby. Danny, Norm recalls, boasted to old friends in the Prairies that he’d snowboarded, then surfed, within days of arriving in B.C.

Though he moved frequently as a child and enjoyed solitary pursuits—his athletic passions included no team sports—Danny was never more than a day or two in a new town without friends. “They just kept coming to him,” Norm says. Danny was happy, with blue eyes and an easy manner, and appeared, friends say, to have little fear, jumping from cliffs into rivers, scaling mountains or squeezing into the mouths of snow caves.

At Yale Secondary School, he excelled in math and English—“I didn’t see him crack a book,” says his dad—but still found time for a job in the produce section at Save-On-Foods, a supermarket franchise, arriving on skateboard for shifts in his uniform of dress pants and buttoned-down shirt.

It was there that Danny, at 18, met Andi Stephens, shy, introverted and two years younger. “I worked in the deli,” Andi, now 20, recalls. “He came up and asked if I was on the menu.” Andi, who’d nursed a crush on Danny—a good-looking, muscular boy with shaggy blond hair—was embarrassed. “I thought he was too good for me,” she says. That night, with Andi beside him, Danny coaxed his old Honda Prelude onto a dirt walking trail, driving through dense forest, the high beams like spotlights in the trees. Later, they drove through farmlands and entertained themselves in a playground in the rain. “Right away, he started making me do things I had never considered before,” says Andi. “I was really shy and not very outgoing at all. And he changed that completely.”

Danny convinced Andi to learn to drive standard, instructing her in the relationship between clutch and stick. He pushed her to jump cliffs into rivers and, in Tofino, to tackle surf. His fearlessness was infectious. Yet it could also frighten those around him. “I would look at him and—‘Man, you’re crazy,’ ” recalls his friend, Andrew Schmietenknop, 21. “But that was kind of typical of Danny. To do crazy stuff.” Says Andi: “I’d always tell him, you know, you’re going to kill yourself one day.” Danny wrote epic letters when away from Andi, describing his days and how he missed her. “He would go on and on,” she says. “He would turn one tiny subject—like him running a red light—into a five-page essay.”

His exuberance, the way he’d transform a stroll in the grass into

a somersault, had to do with God, his family says. Danny was raised a Christian, though Norm eschews “religion,” preferring to speak of “faith.” Danny, his grandparents David and Margaret agree, did not always follow Jesus—he was for a time the sheep in the parable that leaves the fold, says Margaret. Rather than college, Danny opted for full-time work at Save-On after high school. He left his parents’ home, and lived with Andi for a time. He gambled over poker, drank Beck’s beer, smoked Export A’s and played drums in Deliberately Offensive or Third Rate, local punk and ska bands. Yet, says Andi, Danny remained “really close with God.”

Last summer, after a year of living together, both she and Danny

returned to their parents. Danny resolved to become a surveyor and renewed his studies. He and Andi saw less and less of each other and, when together, bickered. Soon they broke it off. “He would occasionally go out of bounds— yet he knew where his shepherd was,” says Margaret, his grandmother. “He knew who was with him through the valley.”

On Sunday, Jan. 8, Danny and Andrew travelled to Cypress Mountain, north of Vancouver, to snowboard. The pair set out on their last run just past 3 p.m., slipping through ropes barring access to the Tony Baker gully, an off-limits area named for a skier who died there years ago. “The snow was amazing,” says Andrew. “It was deep powder.” Still, he says, “We knew we were out of bounds.” The restricted gully— really a system of chutes-was leading the pair down a narrowing corridor that afforded no exit. Danny, says Andrew, “probably thought he was on the front of the hill. But where we were—every little bit of downhill that we went—we were going the wrong way.” Danny, the stronger boarder, rode ahead. Andrew, meanwhile, heard a voice behind him and turned to find ski patrollers ordering him out. Though he’d lost sight of his friend, he rode on, following Danny’s tracks before skidding to a stop at a precipitous drop. He glanced down and saw that Danny’s tracks continued to the edge of a creek and then beyond, on down the slope. Andrew approached the running water. A fog had gathered; he thought for a moment he would follow. “For some reason, something told me not to go down that way,” says Andrew, who turned away and climbed, board in hand, from the gully. Danny, whom he had last seen before turning at the sound of the patroller’s voice, did not reappear below.

That night, a storm swept the mountain. Two days later, searchers found Danny Epp’s body at the bottom of a 10-m cliff. 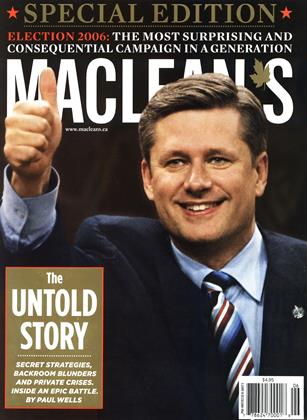