“We support René Préval,” says Montreal-based architect and urban planner Ghisi Sérant, 54. “He was a good president and he continued Mr. Aristide’s work.” Practically all of Montreal’s 100,000-strong Haitian community, Canada’s largest, would agree. It is one of exiles, with strong ties to Haiti and a soft spot for former president Jean-Bertrand Aristide, who was Préval’s mentor. And, needless to say, many in the community opposed the international deal in 2004 that ousted Aristide and sent him into exile in South Africa.

As a result, and in spite of the prevailing support for Préval, Montreal Haitians have been cynical about the Haitian political process, which they believe has been corrupted by outside powers—including Canada. “The majority of Haitians are poor, and though there is a high percentage of the Haitian elite here in Montreal, the big majority is from the peasantry, or the slums,” explains filmmaker Frantz Voltaire, godfather to Governor General Michaëlle Jean’s daughter, Marie-Eden, and brother of former Aristide minister Leslie Voltaire. “Their belief is that this was meant to be a selection, not an election, though they think it’s better to have Préval than not.”

As one of the biggest expat communities in North America, Montreal’s Haitians are a key part of the beleaguered country’s economy (every year, the Haitian diaspora, estimated at two million, sends over $1 billion to Haiti). Haitians began arriving in Quebec in the early 1960s, leaving during the repressive reign of François “Papa Doc” Duvalier. Many were professors, doctors and bureaucrats—professions that were in great demand during the Quiet Revolution. Montreal is also a haven for Aristide-era politicians who left when the president was ousted. Now there are rumours about local prominent Haitians returning to Haiti under Préval’s government. But at least one pro-Aristide activist remains somewhat jaded about Préval’s election. “I’ll go back when there’s a real victory,” said Serge Bouchereau. “We need not only Préval as president, but also democratically elected senators and deputies. When that happens, many Montreal Haitians will be celebrating in Port-Au-Prince.” M 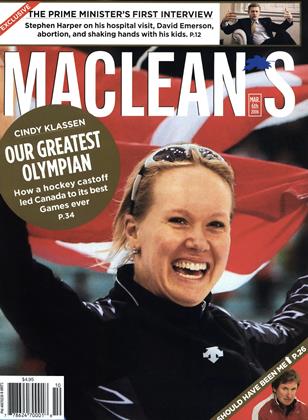