That it’s a wise man who can tell the difference between memory and reality is a truth universally acknowledged in the book trade. Publishers and critics argue that a memoirist’s chance of accidental error is large, and the temptationconscious or otherwise—to smooth out the rough edges even larger. But an entirely different truth keeps bobbing to the surface in the wake of the strange affair of James Frey and his liar’s memoir, A Million Little Pieces: ordinary readers don’t buy that argument at all. Response to Frey’s initial defence—that he had honestly portrayed the inner core of his story of addiction and redemption, even if he’d sexed up a few details—made it clear that readers furiously insist on a mile-wide gulf between artistic truth and, uh, true truth.

Publishers have been keeping a wary eye out for reaction at the bookstore cash register, and an even warier one for legal troubles. Already lawsuits are flying about in the litigious U.S., and in Canada, where the Toronto firm of Hotz Lawyers is looking into launching a class-action fraud suit on behalf of aggrieved purchasers of A Million Little Pieces. But memoirs are a top money spinner in a business with slim profit margins. Running With Scissors, the popular 2002 autobiography by Augusten Burroughs —now threatened, in the post-Frey world, with a defamation lawsuit by the angry relatives of its chief villain—was on bestseller ^ lists for 70 weeks. Readers, as Random House Canada publisher Anne Collins notes, have Q an insatiable appetite for true stories: “We’re T infinitely curious about the way other peo^ pie have stumbled along. There’s a resoin nance to a story if we can say: it’s true!’

And just how sure can they be of that? “ When Frey’s editor Nan Tálese asked rhetor^ ically on Oprah, “Do you ask an author if his 5 story is true...” host Winfrey interrupted,

“Yes, yes!” to massive audience applause. But of course publishers already do; in an industry that operates largely on trust—there are no fact-checkers involved—asking is about all they can do. Collins admits Random House will look a bit harder at future submissions—“you can’t help but look askance at prospective memoirs post-Frey”—but it still won’t devote the financial resources to look deeper. That’s essentially the position ofjohn Makinson, CEO of Penguin Group, whose Canadian branch will bring out Adrienne Clarkson’s memoirs this fall. “A memoir manuscript does go before more eyes in

the company than other non-fiction, mainly for legal reasons. But in the end one has to take the author on trust.” In other words, the publishers’ crossed-fingers hope is for business as usual.

It’s those with memoirs out now who are squarely under the microscope. The first reaction of Toronto journalist Patrick Conlon was to go back to No Need to Trouble the Heart, his exquisite memoir of the 10 terrifying weeks when a killer disease suspended his partner of 30 years, Jim O’Neill, between life and death. “I wanted to be sure of my facts because of the very emotional nature of what

happened. I didn’t want to see any Frey-like beady eyes looking back from the mirror.” Once he was certain, Conlon sent an unprompted email saying as much to his publisher, Raincoast. “I could hear the sigh of relief from their Vancouver headquarters,” laughs Conlon. “Their response was, ‘Patrick, you didn’t have to do that, but thanks.’ ” In fact, he had done it for himself. “The last thing I wanted to do was to go back to some places I hoped were long gone from my life, but I really wanted to be sure. And for that, I’m grateful to Frey.”

Cupcake Brown is less inclined to accentuate the positive. The African-American author of the eye-popping memoir A Piece of Cake is a San Francisco lawyer who overcame a childhood of poverty, drugs and sexual abuse that makes Frey’s embellished life look like middle-class nirvana. Brown had every right to consider herself a natural for Oprah—she did make it into 0 magazine in 2001—and suspects the Frey furor has a lot to do with her failure to appear so far. The unfairness grates. “Four years ago, when I started writing, I knew I couldn’t rely on my memory,” she says. “I hired a private eye with my own money to check out what he could. Thing is, I didn’t think I was doing anything special—I thought this was what everybody did.” Brown’s timing hasn’t been all bad, though: at least Frey, riding high before the scandal, didn’t respond to her publisher’s request for a cover blurb. M 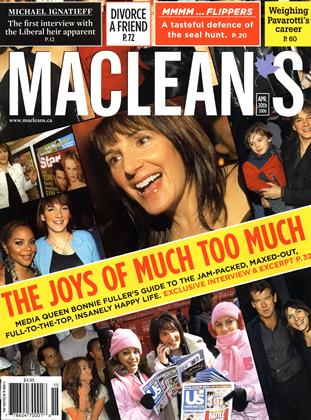