Sgt. Grady joins a small group of soldiers with a heartbreaking job to do

Sgt. Bill Grady was not with the rest of his platoon two weeks ago when it clashed with a band of Taliban fighters at a remote base in southern Afghanistan. He was 110 km away at the Kandahar airfield, nursing a nasty gash to his left foot that needed six stitches to fix. “I had a silly accident the day before,” he says.

The 38-year-old sergeant would rather not talk about what caused the silliness. He feels bad enough already about not being beside his fellow troops when the enemy opened fire. “To be honest with you, it’s eating me up,” he says. “I’ve had lots of time to think about it on the way home, and it really bothers me. I would have been there.”

Instead, he is here, in the tiny town of Gibsons, B.C., attending a funeral service for Pte. Robert Costall, a fellow infantryman who was killed—perhaps by friendly fire— during the chaos of that 11-hour gun battle. For the past week, it has been Grady’s sole duty to keep watch over his dead comrade, accompanying his silver casket on its journey home from Kandahar to Ontario and finally to British Columbia’s Sunshine Coast. Except at the coroner’s office in Toronto and at the funeral home in Gibsons, he has never left Costall’s side.

Since the Canadian army first deployed to Afghanistan in 2002,11 escorts have brought home 11 bodies—three in the past five weeks. They have slept beside coffins, spent hours in morgue basements, and many hours more trying to console heartbroken wives and parents. And then, after the funerals and the wakes, they have boarded planes back to the desert, back to the war zone that claimed their friends in the first place. Grady is among this small but expanding fraternity of men, who have endured an assignment that soldiers try their best not to think about, let alone train for.

“This was the very least that I could do,” says Grady, a towering figure with a green beret and a firm handshake. An Edmonton native, he never wanted to be anything but a soldier. He joined the reserves at 16, the regular forces a few years later. “I’m one of

them weird guys,” he says. “I walked into the recruiting office saying: T want infantry.’ I didn’t have to fail the aptitude test.”

Now a member of the 1st Battalion of Princess Patricia’s Canadian Light Infantry, Grady is the weapons detachment commander in Charlie Company’s 7 Platoon, a 38-man Quick Reaction Force that, in Afghanistan,

is on a moment’s notice to deploy. On March 28, the platoon—minus Grady—did just that, inserted by helicopter into a small coalition base in Helmand province, where a convoy of Afghan national army soldiers had been ambushed by Taliban insurgents.

By the afternoon of March 29—after hours of the kind of ferocious fighting rarely seen by Canadian soldiers— Costall, the father of a one-year-old boy, was dead, as was Sgt. 1st Class John Stone, a U.S. National Guard medic who rushed to treat the 22-year-old private.

The next night, Grady followed Costall’s casket into the belly of a Hercules transport plane, the first leg of a long voyage home. Six days later, at 2:03 p.m., he is still with the body, this time sitting in the passenger seat of a shiny black hearse as it turns into the parking lot of Christian Life Assembly, a small church that overlooks the local marina. Dressed in the same tan desert fatigues and matching

combat boots that he was wearing in Kandahar, Grady stands and salutes as military pallbearers lift the flag-draped coffin out of the hearse, perch it on their shoulders, and begin the slow, sombre walk toward the church door. A bagpiper plays behind them.

After the service, during the trumpet blast of last post, Grady watches as pallbearers fold the Canadian flag and hand it to Costall’s widow, Chrissy. Moments later, the hearse steers out of the narrow parking lot and around the corner, back to the funeral parlour where Costall’s remains will be cremated. For the last time, Grady follows the coffin inside.

The Canadian Forces’ internal police agency continues to investigate whether Robbie Costall was accidentally killed by one of his own men. He was reportedly shot twice—once in the back of the head, once in the chest—but no bullet fragments were found. Whatever investigators find, Grady says it will not change who Costall was: a soldier willing to die for his country. “Just remember his sacrifice,” he says. “No matter what comes out of this or the mission itself, just remember the sacrifice that young men—Canadians—have given. They’ve given something ultimate that most people will never understand.”

The sergeant is standing outside the church, steps from a memorial wreath that includes a photo of Costall. As he speaks, a senior officer calls his name. It is time to leave, to catch a ferry back to Vancouver. Grady will get the chance to spend a day with his wife and three children in Edmonton before rejoining his platoon in Kandahar. His foot is fine. A doctor removed the stitches a few hours before the funeral. M 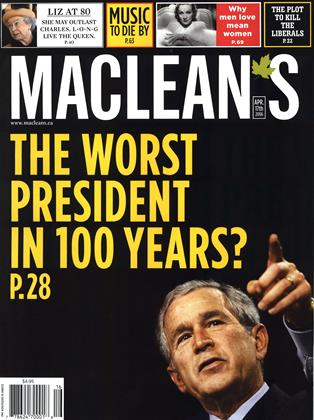