When people talk about sitcoms these days, they’re usually talking about glossy-looking, expensive shows about middle-class people: Two and a Half Men, The Office, Friends and various Friends clones. But Lucky Louie, the new sitcom on HBO and the Movie Network (the first episode airs on June ll), is the opposite of glossy: the sets are spare, drab and artificial-looking; the cast is mostly middle-aged; the camerawork makes the whole thing look like a televised stage play. It’s more like an episode of All in the Family than a modern sitcom—and that’s just what the people behind the show want.

Created by its star, comedian Louis CK, Lucky Louie is a deliberate throwback to an earlier era of sitcoms—particularly the ’70s, when producer Norman Lear made a fortune with drab-looking sitcoms like All in the Family. Louis CK has stressed the All in the Family connection, telling Punchline magazine that he was inspired by that show: “We’re also able to say more explosive things and to present more ugly honesty. And that’s something they certainly did.”

Greg Fitzsimmons, a writer who has his first sitcom job on the staff of Lucky Louie (he previously wrote for The Ellen DeGeneres Show), says that before production began “We just sat in the writers’ room and watched old episodes of The Honeymooners and All in the Family.” Those shows were about working-class families struggling to get by, a theme that was once a staple of primetime TV; Norman Lear alone added Sanford and Son and Good Times to that subgenre. But since Roseanne a decade ago, there hasn’t been a big hit sitcom focusing on people who are trying to make ends meet.

Instead, the most successful domestic sit-

com of the last decade or so was Everybody Loves Raymond (where Lucky Louie executive producer Mike Royce worked as a writer), about a guy with a high-paying job and a family whose problems were relatively easy to solve. Lucky Louie is about a family with real financial problems, where both spouses have to work, and where the lead character tells his daughter, “God is dead and we’re alone.” Fitzsimmons says that the time is ripe for a return to this kind of comedy: “People sort of feel crushed, I think, and they’re just trying to get by. This isn’t a guy who’s more glamorous and sexy than anyone who’s watching the show.”

Even the way the show is shot is a throwback. Lucky Louie is the first network sitcom in years to be shot on videotape, the brightly lit, flat-looking process that is used for talk shows, news shows and sketch comedy. Lear brought this process to American sitcoms with All in the Family, and many other shows followed his example, but in the last decade or so most sitcoms have gone for the richer, classier look of film or highdefinition video. The creators of Lucky Louie didn’t want the show to look classy or like a mini-movie, the way most modern sitcoms look, so they went back to tape, which not only looks rawer than film but allows for fewer special visual effects. “You’re not going

to see a rotating 360-degree camera,” Fitzsimmons says. “Louis went back and chose a really old stock of videotape that really does look flat and staged.”

The influence of shows like All in the Family has been felt on a number of recent shows, as network executives seek to recapture the idea that a sitcom can be a source of controversy. Fox alone has two sitcoms directly inspired by All in the Family: The War at Home and American Dad, whose cocreator recently said: “We look to All in the Family as a template for how to do a political show.” But those shows are glossily produced or, in the case of American Dad, animated. Lucky Louie is trying to go for a harsh look to match the harsh subject matter. The look of the show, Fitzsimmons says, informs the audience that “We’re not trying to be clever—we’re going to let the writing and the acting talk to the quality of the show.”

The epitome of the modern-day sitcom’s glitzy look may have been That ’70s Show, which just ended its run; every episode featured elaborate photographic tricks, costumes, and special effects. Lucky Louie, on the other hand, looks more like a real ’70s show: a Norman Lear comedy with fourletter words added. In his Punchline interview, Louis CK dismissed modern sitcoms as “people in a very nicely lit set wearing nice clothes saying very well-tailored comedy to each other.” He’s hoping audiences are ready for a show that does the exact opposite. M 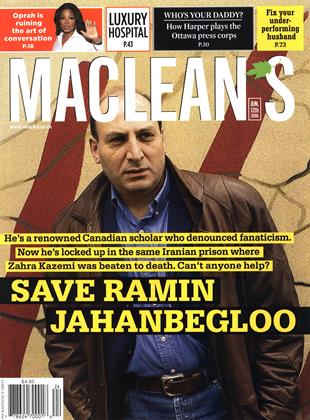