It's here, just in time for the fifth anniversary of 9/11. And Americans are the worst offenders.

We’re about to be deluged by a torrent of fifth anniversary where-it-all-went-wrong analysis, much of it relying on the Democratic party-media line that, in the weeks after 9/H, Bush and the neo-cons managed to “squander the sympathy of the entire world.” The evidence for all that “sympathy” is hard to come by. It would be truer to say, as the columnist Charles Krauthammer did three years ago, that on Sept. 11, 2001, the ceaselessly yammering anti-American chorus “gave it a rest for one day. Big deal.” And, in fact, not all of them gave it a rest. On the evening of 9/11, Rosemary Righter, the senior leader writer at the Times of London (“leader” is Brit-speak for “editorial”), arrived late at a dinner party, and found the tone, after a hard day at the office, oddly smug and triumphalist. Leaving early, she gave a lift to another guest. “Rosemary,” he said, “isn’t it marvellous to think that the arrogant bloody Americans have finally got it in the neck?” Involuntarily, she braked. Hard. Though not hard enough to precipitate him through the windshield, alas.

But it’s a measure of how tight the hyperpower’s suffocating grip is on the planet’s windpipe that even the world’s big-time antiAmericans are American. If you trot down to your local Chapters, the front table will be an overflowing cornucopia of anti-Americanism, and only when you get your groaning stack of delights home do you notice that almost all the royalties will be winging their way south of the border. The latest to join the club is John Tirman, executive director of the Massachusetts Institute of Technology’s Center for International Studies and now the

author of 100 Ways America is Screwing Up the World.

Hold it right there. The assumption of the title is that “the world” has some kind of coherent unified interest of its own, rather than a bunch of perpetually jostling competing interests. In the case of, say, Iranian nukes, three-fifths of the UN’s Big Five happen to be opposed to America’s position—Russia because it’s selling Iran the technology, China because it needs Iran’s oil, and France because it’s concluded that its national interest lies in being on the side that America’s not. But, if you wiped the U.S. off the map, a range of new oppositional dynamics would soon assert themselves. It quickly becomes clear in Tirman’s Hot 100 of American screw-ups— Bush, Wal-Mart, Halliburton, SUVs, fast food, Paris Hilton—that he equates “the world’s” interests with the usual transnational lefty pieties, albeit augmented by some aesthetic distaste at the more grotesque exemplars of American pop culture. I don’t want to be unfair to the chap—he’s got a few less wearily predictable entries down the bottom end of his Hit Parade (No. 73 New Age, No. 97 John McCain, No. 98 multiculturalism)—but on the whole if you’d asked a lame satirist to come up with a parody of what an Ivy League prof would list as the evils of the planet, this is pretty much it, right down to the round of

applause he gives himself in his opening quotation: “During times of universal deceit, telling the truth becomes a revolutionary act” (George Orwell), after which you expect something a little less cobwebbed than “blood for oil” (No. 6), “Reaganism” (17), “General Pinochet” (20), “Big Pharma” (36), “Christmas” (86).

Self-loathing is a difficult sell, so you can’t blame the blurbist on the back for touting the book as a “call to arms for patriotic Blue America.” There is, I’m sure, such a thing as blue-state patriotism, but any book that wanted to tap into it wouldn’t hire Howard Zinn to chip in with the foreword. Professor Zinn is becoming something of a full-time foreworder. He could probably publish an anthology of his forewords—Fast Foreword? Foreword Is Forearmed?—complete with a never-before-published brand new foreword to the other 40 forewords. Anyway, the last foreword I read by him was his one for Cindy Sheehan’s book Dear President Bush, in which he pens this paean to the plucky underdog:

“A box cutter can bring down a tower. A poem can build up a movement. A pamphlet can spark a revolution.”

Up to a point. It wasn’t the box cutter that brought down the tower, but the Islamist fanatic ploughing the jet into it, and the only reason he could get away with seizing a jet with a box cutter is because the kind of big Zinn-sized coercive hyper-regulatory regime of antiquated 1970s hijack procedures had

trained an entire generation of air travellers to behave like lobotomized sheep. Had jihadists with box cutters tried to “bring down” a sports bar, they’d have had the crap beaten out of them. Still, professor Zinn’s notion that, like the poet and the pamphleteer, the fellow slashing the stewardess’s throat with the box cutter is speaking truth to power gives you a good idea of what “patriotic Blue America” boils down to. In his latest foreword, the prof gets right to it in his very first sentence: “Our country has soaked itself for a long time in the warm bath of self-congratulation. It started very early, asJohn Winthrop, the first governor of the Massachusetts Bay Colony, said in the year 1630: ‘We shall be as a city upon a hill—the eyes of all people are upon us.’ ” Well, he wasn’t wrong, was he? Otherwise, why would Zinn and Tirman be coining it in with their soi-disant savage indictments? I’m often dismissed as a self-loathing Canadian, but, woe is me, there’s a lot less money in it: the eyes of all people are elsewhere. Anyway, by paragraph two the prof’s on to the burning of Pequot Indian villages in the 1630s and by paragraph three the massacre of natives in the Philippines, and by paragraph six Zinn’s objecting to “the entrance of the United States into the slaughter fields of the war in Europe in World War I”—an inelegant formulation that makes it plain that it’s not just that in this or that way America is screwing up the world, but that America itself is one great ongoing screw-up and has been since 1630. Hard to see what’s patriotic about viewing your nation as a 400-year mistake.

At which point Mr. Tirman unveils ScrewUp Numero Uno: “Altering the Earth’s climate.” I don’t take “climate change” lightly. When Tirman warns of “the freezing effects of northern Europe resulting from the loss of the gulf stream,” he’s right to alert us to impending catastrophe: many of Amsterdam’s alienated Muslims might find it too chilly to go out gay-bashing; in the Paris suburbs, it will be impossible to keep warm, as

they burnt all the cars last fall. But what’s his answer? A boilerplate defence of the Kyoto Protocol, a quintessential piece of transnational humbug. Canada and Europe signed it and increased their greenhouse-gas emissions; America didn’t sign it but decreased its emissions, notwithstanding the toxic Texan’s determination to destroy the planet.

Let us grant that America is a most unusual superpower. Unlike its predecessors, it is a non-imperial power, for good or ill. That presents a problem for those who insist on pretending that Bush “scares” them. If you lived in, say, 1930s Poland between the Third Reich and the Soviet Union, you had good reason to be scared. Both powers coveted your state, and they weren’t averse to killing large numbers of people to get it. By contrast, barely does America set foot on foreign soil than its politicians and media are bleating about how the country needs an “exit strategy.” That’s one reason why the likes of Tirman have embraced environmental doom-mongering. If Washington were a conventional great power, the intellectual class would be arguing that the U.S. is a threat to Poland or Belgium or the Gambia or some such. But because it’s so obviously not that kind of power, the world has had to concoct a thesis that the hyperpower is a threat not merely to this or that rinky-dink nation-state but to the entire planet, if not the entire universe. (“We are,” warns Al Gore portentously, “altering the balance of energy between our planet and the rest of the universe.”)

America is the first power in history to be a threat not because of its geopolitical designs but because—even scarier—of its “consumption,” its way of life. It’s not the bombs and tanks, it’s those terrifying soccer moms in the big SUVs, it’s the ozone-depleting emissions from the triple cheeseburgers. Those supersized carbonated beverages are screwing up the world in ways that old-school smalltime genocidal conquerors like Hitler and Stalin could never have dreamed of.

Which would be a hilarious jest by posterity if it were true.

But it’s not. I don’t know about the world, but high up on any list of 100 ways America is screwing up itself must surely be highpriced Ivy League institutions wedded to last century’s progressive groupthink. 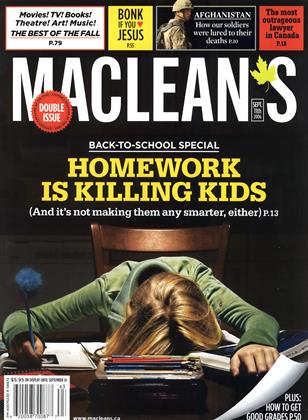