TOUGH TO BE A WINNER

BY &LT;dc:creator&GT;ISABEL VINCENT&LT;/dc:creator&GT; • Felipe Calderón may seem like the most unpopular president in Mexican history. In December, opposition legislators camped out on the floor of Mexico’s Congress, loudly singing ranchero songs, hurling insults and in some cases hitting and shoving their political rivals—all in an effort to prevent the country’s new president from literally ascending the dais to assume office. An hour before Calderón, of Mexico’s rightwing National Action Party (PAN), was supposed to be sworn in as president, his leftwing opponents barricaded the doors to Congress. On the streets of Mexico City, Calderon’s chief rival Andrés Manuel López Obrador, a populist leftist and former mayor of Mexico City who has alleged that the July presidential election was rigged, rallied tens of thousands of his supporters, declared himself “the legitimate president” of Mexico, and set up a shadow government promising to mount massive protests in the future.

The presidential melee coincided with riots in Oaxaca state, in southern Mexico. Some 4,000 federal riot police had been camped out in the state capital to quell violent protests that left around a dozen dead since May. Protesters were demanding the resignation of the local governor, whom they accuse of electoral fraud, corruption and of ignoring the poor. But while the upheaval in Oaxaca has died down in recent days, Calderon’s difficulties are only just beginning.

There is the fact that fully one-third of the electorate believe that his election (he won with a 234,000-vote margin, less than one percentage point of the vote) was rigged, even though the country’s highest electoral court declared him the winner in September. Such deep divisions and his slim victory will surely make it difficult for Calderón, 44, who holds a degree in law, a masters degree in economics, and a masters in public administration from Harvard University, to rule a country where nearly half of the population of 106 million live below the poverty line, and where nearly 400,000 economic migrants leave the country every year searching for better opportunities in the U.S. He also inherits a near-crisis situation, where the country seems to be held hostage by powerful drug cartels, which provoked 2,000 deaths last year as violence escalated between rival gangs.

Calderón has also inherited many of the problems faced by his predecessor, Vicente Fox. There is massive corruption and mismanagement of Pemex, the Mexican state oil company, and private monopolies have too much sway over Mexico’s political and economic life, according to a recent World Bank study. The state-controlled electricity monopoly charges among the highest rates in Latin America, and the telecommunications concern controlled by Carlos Slim, the third-richest man in the world, controls 94 per cent of land lines and 80 per cent of all cellular service in Mexico. Broadcasters Televisa and TV Azteca now control 94 per cent of the country’s television stations after Congress approved an extremely controversial overhaul of broadcasting laws. Two brewers have a combined market share of 99 per cent of the Mexican beverage trade.

According to the World Bank study, the monopolies’ influence on national politics is rapidly eroding Mexicans’ faith in their institutions, which many people believe have been

set up only to protect the country’s richest and most powerful citizens. The monopolies also hamper economic growth, says the World Bank study, making it nearly impossible to foster badly needed competition in the country’s key economic sectors, which is “crucial” for raising living standards, creating employment and competing globally.

But just how will Calderón engage in breaking up the monopolies, given that so many of them backed his campaign? How will he stem

poverty, and end the reign of terror of the powerful drug cartels—problems his predecessor also promised to fix but barely addressed during his tenure? How will he govern amidst such rabid opposition, a situation that many analysts worry is simply not conducive to future stability in NAFTA’s southern partner? “I am not unaware of the complexity of the political time we are living through, nor of our differences,” said Calderón, a devout Catholic who lacks the charisma of his political opponent López Obrador, but is widely seen as a political pragmatist.

Before taking on the post of minister of energy in Vicente Fox’s cabinet for eight months, Calderón was head of Banobras, a development bank. He also served two

terms in Congress, and has been politically active since his early 20s, when he was the leader of the PAN’s youth wing. Now he is calling for unity in the face of Mexico’s many problems. “I am convinced that we today should put an end to our disagreements and from there start a new stage whose only aim would be to place the interests of our nation above our differences,” he said.

It may not just be political rhetoric. Calderón seems quite serious about getting tough on Mexico’s problems, although he has also made it clear he will not put up with the kind of civil disobedience planned by López Obrador to destabilize his government. “I will always be willing for dialogue,” said Calderón in his rushed inaugural address, “but I will not wait for dialogue before starting work.” To this end, he appointed Javier Francisco Ramirez Acuña to the key post of minister of the interior. The former governor of Jalisco state, in the western part of the country, earned the condemnation of Human Rights Watch in 2004 for violently quelling an anti-globalization protest, in which police were accused of physically abusing some of the demonstrators. One of Ramírez Acuña’s first tasks will be overhauling the country’s police forces to fight the drug cartels.

Another hard-liner, Agustín Carstens, the former deputy managing director of the International Monetary Fund and Calderon’s chief economic adviser during the presidential campaign, was recently appointed to head the finance ministry. The appointment sends a strong signal to the international community that Mexico will engage in tough fiscal policy to maintain low inflation and cut government spending. While the move may have calmed the fears of international investors, it predictably sparked outrage from Calderon’s left-wing rivals in Mexico. “There’s no room for dialogue,” said José Agustín Ortiz Pinchetti, a close adviser to López Obrador, referring to Calderon’s recent cabinet appointments. “He has surrounded himself with orthodox conservatives who will not budge from the same neo-liberal policies that keep most Mexicans poor.”

But the man who braved the fisticuffs and the jeers of his opponents in order just to take the oath of office at least seems ready for a good fight. M 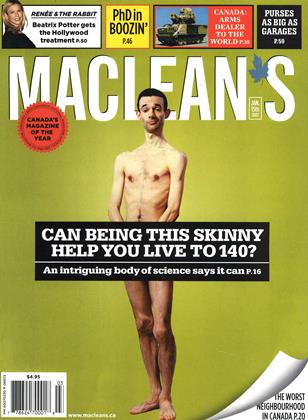