NO ONE OPENLY SAYS the word “genocide” in Turkey these days. It’s taboo, a bad word fraught with despicable connotations. To say “genocide” in Turkey is practically treasonous; people have lost their lives over it. But it seems “genocide” is on the tip of every Turk’s tongue now as the U.S. Congress, encouraged by the Armenian diaspora, prepares to vote on a resolution, perhaps as early as this week, officially declaring the treatment of Armenians in Ottoman Turkey during the First World War a “genocide.”

For many people outside Turkey, the deaths of as many as 1.5 million Armenians in the early 20th century certainly qualify as genocide. And the feverish Turkish response to the pending congressional vote—warnings of irreparably harmed relations, and threats of drastically curtailed logistical support for U.S. troops, even a dangerous escalation of the war in Iraq—seems disproportionate. But for Turks, the use of the word genocide to describe events 90 years ago is a complex and deeply personal issue—and in the context of Turkey’s turbulent history, an attack on the country’s very existence.

But that is nothing new. Modern Turkey has always existed in a state of existential uncertainty. Since the founding of the Republic of Turkey 84 years ago on the ruins of a once-mighty empire—whose agonizing and demoralizing end remains a painful scar on the collective memory of Turks—the country’s military has maintained the illusion of the enemy “out there,” always threatening the state’s existence. In fact, the potential disintegration of their state is, for many Turks, as real in the 2lst century as it was in 1920, following the Treaty of Sèvres, in which the beaten and bowed Ottoman Empire was slated for demolition by the victorious Allied powers of the First World War. “Turks still remember that painful history,” says Tolga Baysal, a 35-year-old writer and filmmaker in Istanbul. “We’re taught from a very young age never to forget what the Western powers tried to do to us.”

That collective memory, shaped by the official version of events in school textbooks, remains a potent reminder of how close Turks came to losing nearly everything. The subsequent revolution led by Kemal Atatürk that

brought modern Turkey into being in 1923 is a rallying point around which many nationalist Turks assert their sovereignty. But the Age of Empire never really left the Turkish consciousness. Theirs is still an empire on pause, longing for a return to greatness or, as Baysal puts it, “wilfully closing their eyes to the skeleton the Ottoman Empire became in its final, forlorn years. No one wants to remember what the Ottomans were reduced to at the beginning of the 20th century. And

to refer to what happened to the Armenians in 1915 as genocide is a reminder of that emaciated reality.”

In some ways, the slaughter and mass deportation of Armenians during the early years of the First World War was a by-product of the Ottomans’ final death throes. With separatist wars already playing out in other parts of the empire, the Armenian nationalist movement, centred as it was at the heart of what many Turks consider their ancestral homeland, was met with brutal force. Estimates on the numbers who died run as high as 1.5 million, though Turkish officials dispute that figure. “What we have to remember,” says Soli Ozel, professor of international relations at Istanbul Bilgi University, “is that until the 1970s, most Turks had no idea that anything of that scale had happened to the Armenians. Even now, 99 per cent of Turks know nothing about the facts of that era. There is a great deal of ignorance surrounding it.”

‘THE ARMENIAN DIASPORA FEEL THEY CAN PUNISH TURKEY, AT LEAST SYMBOLICALLY’

Turkey, he adds, has made recent efforts to open a discussion, holding a conference in September 2005 titled “Ottoman Armenians During the Decline of the Empire: Issues of Scientific Responsibility and Democracy.” But there is no doubt that a lack of information has been stifling the debate. What little remains of official records has for years been locked away in archives in Turkey and the U.S. Until recently, scholars have had limited access. “Turkey’s archives haven’t been a model of openness and accountability,” says Ozel. “But Turkey has invited Armenian scholars to come and review the archives. They have refused.” In fact, according to Ozel, Armenians have been even less forthcoming.

He says the most crucial records, part of the Armenian archives located in Boston, are from the Dashnak party, the most fervent of the Armenian nationalist movements operating in the early 20th century. But they have never been opened to public scrutiny—which, Ozel says, “looks a bit fishy to me.”

It’s a blame game that’s been going on for decades. But in Turkey, the factual black hole has contributed to a more emotional response. “It’s important for Turks to express themselves with hospitality,” says Baysal. “We have a strong belief in respect for different cultures. So to deal with the word ‘genocide’—well, this is an extremely powerful insult.” Ozel agrees. “No one wants to be called genocidal,” he says. “And with the Jewish Holocaust representing the baseline of genocides in the 20th century, to be lumped in with that horrific event is not something Turks are going to take lightly.”

to have the “genocide” label officially recognized by the U.S. Congress as a form of revenge for what both he and Baysal admit were atrocities carried out in the name of Turkish nationalism. “This is an issue of power,” he says. “The Armenian diaspora has come of age, and they feel they can punish Turkey, at least symbolically. But what happens in America will be a political judgment, not a historical one.” Ozel also suggests there are other, more selfserving motivations behind an attempt to use the genocide label: reparations, for example, which Armenians could pursue at the International Court of Justice in The Hague, and land reclamation, which would threaten Turkey’s current borders. Both of these possibilities weigh heavily into Turkey’s official rejection of the genocide accusation.

Other potential consequences are much more global in scope. Turkish-American relations have already been stretched thin by a series of disagreements—beginning with the Turkish parliament’s March 2003 refusal to allow U.S. troops to open up a northern front in the war in Iraq, and continuing with subsequent U.S. inaction against Kurdish separatist guerrillas from the Kurdistan Workers Party (PKK), based in Iraqi Kurdistan but mounting attacks against Turkey. A vote by Congress to recognize genocide now has the potential not only to permanently damage America’s strategic alliance with Turkey, but also to expand the war in Iraq—something analysts have been fearing for years.

Turkey has threatened in recent weeks to take the matter of the PKK’s cross-border attacks into its own hands, and has been massing troops at the Iraqi border. A parliamentary vote this week is expected to approve military operations. “Moving into Iraq will certainly become easier if the U.S. resolution is passed in Congress,” says Ozel, although he adds that the likelihood of a major operation any time soon is unlikely. “It’s more likely that Turkey will restrict the U.S.’s use of Incirlik”—an airbase near the Syrian border that is a major logistical staging ground for U.S. and NATO troops for operations in both Iraq and Afghanistan. Closing it to the U.S. military would strike a deep blow to an already wobbly war effort.

All these dire potential consequences over a single word. But the power of that word is undeniable, as Rwanda has taught the world. But unlike Rwanda, where the world bickered over “genocide” as it was being committed, the alleged genocide against the Armenians is a distant event, relegated to the history books. That, though, may make the word even more relevant for the Turks. “What happened to the Armenians was a tragedy, not genocide,” says Baysal. “And the world has seen many tragedies.” M 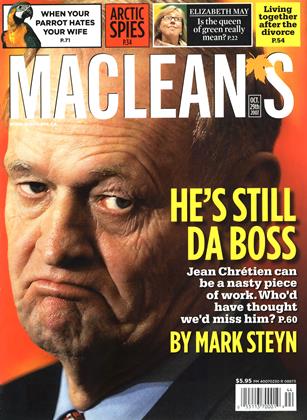