Piracy: terror and plunder on the seas JASON KIRBY November 5 2007

Captain Jack Sparrow introduced the world to the pirate as romantic scalawag, and touched off a frenzy for all things skull-and-crossbones. But the reality is that pirates still roam the high seas, and are striking terror into the hearts of sailors at an alarming rate.

Armed attacks against ships by marauding bandits have jumped this year, according to the International Maritime Bureau, which tracks modern-day piracy. In the first nine months of the year there were 198 attacks, up 14 per cent over the same period last year. A total of 15 vessels were hijacked, 172 crew members taken hostage, and 63 kidnapped and held for ransom. Just a few months ago, the IMB had suggested piracy appeared to be on the wane, as the number of attacks had been in decline. The latest figures have dashed such hopes.

There were some bright spots. There have been fewer incidents of piracy in the Malacca Straits off the coast of Indonesia, thanks to increased police patrols by that country and Thailand. But any improvements were outweighed by a dramatic spike in attacks in African waters. The IMB cites the coasts of Nigeria and Somalia as the most dangerous in the world for ships. For good reason. Somali pirates are not ragtag bands of thugs. According to reports, they dress in military fatigues and use speedboats fitted with satellite phones and global position system technology. With an

arsenal of automatic weapons, anti-tank rocket launchers and a variety of grenades at their disposal, commercial ships are easy targets.

The IMB recorded 26 cases of piracy in Somali waters so far this year, up from eight in 2006. Just last week, three cargo ships were attacked off the Somali coast, while in May pirates attacked two Tanzanian shrimp boats and took 24 sailors, including four from South Korea, hostage. As of last week, the sailors were still being held as ransom talks bogged down. M 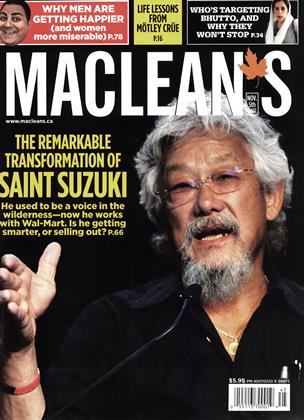