ALWYN MORRIS moves about with the kind of sunny self-purpose that compels people, friends and strangers alike to at least nod hello. Twenty-three years have passed since he won gold and bronze medals for Canada in kayaking at the 1984 Summer Olympics. He’s received the Order of Canada and been feted by prime minsters for his work on behalf of troubled native youth. And at the Kahnawake reserve, not far from downtown Montreal, he is regarded as a local success story writ large— an unofficial ambassador whose accomplishments are enduring points of pride. But if Morris has his way, his greatest con-

tribution to this place is yet to come, and it will be in a business that Ottawa considers patently illegal.

After close to two decades serving in various government jobs, the 50-year-old has decided to wade into the heart of a billiondollar legal standoff. Kahnawake is already home to Mohawk Internet Technologies— better known to those in law enforcement as the technological hub of more than half of the world’s Internet gambling traffic. Now the ex-Olympian has started a company—Morris Mohawk Gaming Group—that promises to solidify Kahnawake’s status as the online gaming capital of North America. “I was in the bureaucratic world for the better part of 17 years, I was looking for an opportunity to be challenged a little differently,” he says. “When the iron is hot, you have to strike.”

Dressed in his usual button-down and dark blue blazer, he fires into the Kahnawake band

council building, where he occupies a small office, and immediately into the details of his newest venture. If all goes according to plan, Morris will soon run the North American operations of Bodog, one of the largest and most notorious gambling sites on the Internet. Started by Calvin Ayre, the brash Saskatchewan-born self-proclaimed billionaire, Bodog is an online “lifestyle brand” whose gaming sites processed about US$7 billion in wagers last year alone. Through his company, Morris will pay Bodog an undisclosed sum for the right to handle customer service, media relations, and Internet traffic, along with millions of dollars in bets, for Bodog’s North American operations.

Should it succeed, Morris will be a very rich man. Beyond the money, however, the Bodog venture could make Morris a major player in a billion-dollar industry whose epicentre is located in an abandoned bed factory 30 km from downtown Montreal. Roughly 60 per cent of the world’s online gambling traffic now flows through the servers of MIT, a company wholly owned and overseen by the Mohawk Council of Kahnawake. And all that traffic holds the promise of a strong, wealthy and independent Mohawk nation within Canada’s borders—a dream countless native leaders have failed to realize.

Trouble is, the U.S. government has deemed online gambling illegal; Ayre himself would likely be thrown in jail should he ever leave his compound in Antigua to set foot in America. Ottawa and Quebec say what Morris and Kahnawake are doing is illegal. What’s not clear is whether anyone in Canada has the will, or the ability, to stop what’s going on in Kahnawake. So, for now, the online gold rush continues to grow.

KAHNAWAKE’S LONG TREK toward self-sufficiency has had more than its share of detours and dead ends over the years. Former grand chief Joe Norton, the longestserving leader in the history of this reserve of roughly 8,000, devised several economic development schemes during his tenure. Norton was the main proponent for the opening of a casino in Kahnawake, though the community rejected the idea in two separate referendums. There was talk of establishing a tax-free business zone on the reserve, but it never came to fruition. Then there was the notorious planned development of a former air force base in Rome, N.Y.—a scheme that cost the band $4 million.

In 1998, Norton befriended Michael Tobin, a former director with the Empire State Development agency and former mayoral candidate for Plattsburgh, N.Y. Tobin was intrigued by Norton’s push for economic development on the reserve and, along with business partner Jay Stubina, approached the grand chief with the idea of a large information hub that would play host to online gaming companies. Then came a little luck.

Not long after Tobin floated the idea of building a data centre, Mohawk workers were contracted to build a pipeline alongside the train bridge running from Kahnawake to the Island of Montreal. Current Grand Chief Mike Delisle says his stepfather-in-law asked what the pipe was for, and was told that the railway bridge link was part of a major fibreoptic trunk line serving much of Eastern Canada and New York. The trifecta was complete: not only was Kahnawake close to large markets in Montreal and the U.S. and its government open to large-scale economic development, it was literally steps away from one of the largest data pipes in the country.

All the Mohawk Council of Kahnawake needed was a set of regulations to govern its licensees. There were no existing laws, since the hosting and operation of gambling sites without provincial consent is illegal under the Criminal Code. So Kahnawake enlisted former New Jersey assistant attorney general Frank Catania to draft the regulations. Mohawk Internet Technologies was born.

MIT is located in a grey concrete slab of a building that once housed Ononhkwa Beds, a manufacturer of therapeutic mattresses. Visitors—there are few; gaining access to MIT is a tricky matter—surrender their wallets and cellphones at the door, doff their shoes and put on paper slippers. Upstairs, the 200 or so staff pad through the large MIT front office, hardly betraying its uncanny calm.

The guts of the place sit behind several keycarded doors, inside many windowless rooms: 190 racks holding hundreds upon hundreds of computer servers, all humming

and blinking along with the traffic of 443 online sites licensed by the Mohawk Gaming Council. The computers all face outward and discharge hot air into alternating aisles. The rubberized floors stymie static electricity and dust. The temperature never varies from 19° C, and should the constant flow of cheap electricity from Hydro-Quebec ever falter, four massive dieselpowered generators are on 24-hour standby. It’s for this level of reliability that online gaming companies pay a $10,000 yearly licensing fee, as well as part of their yearly revenues, for MIT’s services.

“Stability is key,” says Chuck Barnett, a bullet-headed father of three who serves

on the elected board of Kahnawake’s economic development arm. “We’re not in the online gaming industry. We are a data centre. We are wires, we are the electrical backbone, the fibre-optic backbone, the data hosting and management service centres.”

This year, Kahnawake projects profits to be $30 million, according to Grand Chief Delisle. Among other projects, this paid for the development of Mohawk immersion software by American language company Rosetta Stone. But Delisle, a hulking former iron

worker and Bank of Montreal financial consultant, has a far grander vision for MIT’s future. As the company grows—it has expanded four times since its inception in 1999—and the community settles the myriad of land claims with the federal government, Delisle

sees a day when Kahnawake is able to pull out of the Indian Act altogether—to separate from Canada, in other words. “It’s time for us to take the next step,” Delisle says. “We are very proud of our iron workers’ heritage, and our ability to survive, but now here is an opportunity to work smart. The technology is here, and we have the opportunity to use it, as well as puffing our chests in terms of jurisdiction as well. It hit a lot of needs. And we are still cutting our teeth. This has by no means hit the ceiling.”

CALVIN AYRE is clearly thrilled with his relationship with Morris and the Mohawks. “The Mohawks aren’t exactly known for backing down from a fight,” Ayre wrote on his blog recently, citing the 1990s Oka crisis. “Although the residents of the Kahnawake Mohawk Territory prefer to call themselves the ‘People of the Flint,’ it was the name ‘Mohawk’ (which means ‘eaters of flesh’ or ‘man-eaters’), given to them by the Europeans back in the 1600s, that seems to have stuck.”

Ayre has girded for a fight ever since a U.S. law outlawed online gambling last year, and choosing a Mohawk partner as his base for North American operations is no accident. Mohawks have had several protracted battles with the federal and provincial governments over tobacco, bingo halls and land. Morris himself sees a parallel between online gambling and the standoff over the legality of ultimate fighting a decade ago. “Do you know where mixed martial arts was first regulated in Canada? Right here. There was no appetite for it anywhere in North America, and we said ‘Wait a minute here. What’s so bad about it?’ So we sat down to test the regulations, and Quebec finally came onside.”

Still, online gambling struggles with its outlaw image, and keeping companies on the straight and narrow is no easy task. Just last month, Absolute Poker, a large online poker site acquired by former grand chief Joe Norton shortly after he left office, became embroiled in a cheating scandal in which customers were allegedly bilked out of thousands of dollars. Not only has the fallout damaged Absolute Poker’s reputation and curbed profits, it has put Norton in a strange situation: his company is now under investigation by the Mohawk Gaming Council—the very entity Norton himself helped create.

For now, though, the legal threat from Quebec and Canada seems to be as empty as can be. Despite claims of a lengthy ongoing investigation of MIT’s activities, the Sûreté du Québec hasn’t laid a single charge against anyone involved in the company in 10 years, and numerous company executives and lawyers say the police have yet to pay them a visit. None of which surprises Alwyn Morris in the least. “There’s this idea that we should be drums and feathers and beadwork,” he says, shrugging in his easygoing way. “It hasn’t been drums and feathers for years. That’s long gone, and to expect that Kahnawake in 2007 is going to be drums, feathers and moccasins is absolutely wrong.”

Gaming is the path to a better future, he says. And it’s a future on which he’s willing to stake his reputation. M 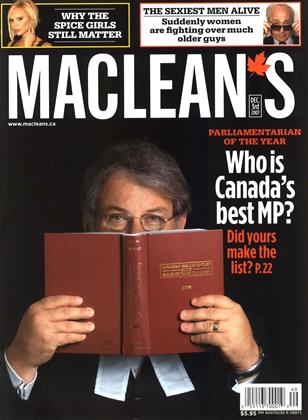