Trappers of Men is the kind of painting that arrests you in mid-stride. Seven feet tall and 12 feet wide, all sheer rock faces and shimmering waters, it’s a luminous recreation of a western landscape that German-American painter Albert Bierstadt wrought in his 1867 canvas In the Mountains. But unlike Bierstadt’s unpopulated original, this 2006 update is teeming with bodies. Barechested white pioneers talk and trade with dark, muscular young natives; the explorers Lewis and Clark wander through, lost and uncertain; and photographer Edward S. Curtis and painters Jackson Pollock and Piet Mondrian are shocked by the appearance of Miss Chief Eagle Testickle, a glammed-up crossdressing native character who stands on the surface of the water, voguing in a campy take on Botticelli’s Venus.

Meanwhile, a Lakota Sioux named Lone Dog sits cross-legged near the centre of the arrangement, painting a winter count—a series of pictograms on a buffalo hide, each image representing the key event of one year. The Sioux and other tribes used winter counts to record their histories. “There’s a hundred years of history on that count,” says Kent Monkman, the artist behind Trappers of Men. “And what’s interesting is that for the year that Custer was defeated by the Lakota people, it didn’t factor into their tribal history as an important event. It was a huge event in terms of the Americans and their mythology of themselves, but from the point of view of the Lakota people, they chose instead for that year to talk about the theft of some ponies.”

It’s that kind of hidden narrative that runs through Monkman’s playful takes on some of the 19th century’s most iconic paintings of the western frontier. Landscapes by the

likes of Bierstadt and Canadian painterexplorer Paul Kane are invaded by a riot of cowboys and Indians with bare buttocks and erect phalluses, often engaged in some kind of homoerotic interaction. The centre of the action is usually Monkman’s alter ego, the glamorous, high-heel-wearing transvestite Miss Chief.

She’s the star of The Triumph of Mischief,

Monkman’s first solo touring show. Having begun its rounds at the Art Gallery of Hamilton, it hangs at Toronto’s Museum of Contemporary Canadian Art until the end of December; in 2008 it will visit St. Mary’s University Art Gallery in Halifax, the Winnipeg Art Gallery, and the Art Gallery of Greater Victoria. For Monkman, a gay Cree Manitoban, his work is a means of metaphorically reclaiming the land, and of exploring themes of racial and sexual oppression

through alternate narratives of the art and mythology of the frontier. In the collection of recent paintings that forms the bulk of the show, Miss Chief variously tempts a white soldier away from his troop with the lure of forbidden carnal knowledge, rides through a winter scene on a dogsled laden with raw meat and Louis Vuitton luggage, and paints a portrait of an aroused soldier whom she has stripped naked, bound to a tree outside Fort Edmonton, and pierced with arrows in tribute to Saint Sebastian, the unofficial patron saint of gay men.

Alongside these canvases, Triumph features a selection of Monkman’s photographs, costumes, and silent short films. One of these, Group of Seven Inches: A Titillatvig Taxonomy of the European Male, takes particular aim at George Catlin, an American painter whose 19thcentury portraits of native men and women romanticized the idea of the noble savage. In the film, Monkman as Miss Chief leads two European males in loincloths to a cabin, where she plies them with alcohol as she paints them. A caption from Catlin’s journal appears—“I paint each subject with profound feeling for his dignity”—even as Miss Chief bends her subjects over and paddles their bare bottoms with a snowshoe.

“George Catlin, especially, had a contempt for Aboriginal people who showed any influence—or ‘contamination,’ as he called it—of the European in their dress or in their lifestyle,” Monkman says. “The artwork of the 19th century was really about freezing Aborig-

inal people in time and setting us backward. A lot of my work is about deconstructing the authority of these paintings—because they continue to hold authority over how First Nations are perceived.”

Born in 1965 in St. Mary’s, Ont., his English-Irish mother’s hometown, Monkman was the third of four children. His mother and Cree father had moved there for his birth, but returned soon after to the northern Manitoban Cree community of Shamattawa, where they had been working as missionaries. When Monkman was 2, his father transplanted the family to Winnipeg, where he had grown up, and installed them in the middle-class River Heights neighbourhood. “That was my father’s effort to again move his children forward,” Monkman says, “and I say ‘again’ because this has been going on for generations. The Cree people kept trying to get a foothold in society, to participate in Canadian society.” They were one of only a few native families in River Heights—most of the city’s Aboriginal population was located in the poorer north end—and growing up, Monkman perceived that Winnipeg was riven by race and class as starkly as it was by the Red and Assiniboine rivers. “There were neighbours who wouldn’t talk to my dad when he moved into that neighbourhood. It was hard for him to accept that, but he knew that putting his kids into better schools was going to give us a better shot down the road.” While he identified with both sides of his heritage, Monkman developed a stronger feeling for his Cree heritage, thanks to the presence in Winnipeg of his father’s relatives and simply because he looked different from his peers.

The family’s modest finances meant that new toys were rare in the household. Instead, with his parents’ encouragement, Monkman took up art as a hobby. “My whole identity as an artist was basically shaped very early, as a kid,” he says. At 17, he moved to Toronto to study illustration at nearby Sheridan College, honing his drawing and painting skills. After graduating in 1986, he

began doing set design with the Native Earth Performing Arts theatre group under the direction of acclaimed Cree playwright Tomson Highway, while pursuing his own painting and video projects.

This “post-Indian diva warrior,” as critic David McIntosh described her, was inspired by the berdache, a male transvestite figure in traditional native culture. The berdache was thought to be inhabited by both a male and a female spirit, and would often assume roles as healers and counsellors. “They would take women’s work, sometimes they were shamans, and they would mediate between the sexes sometimes,” Monkman says. “They were perceived to have a certain power because they were unusual.” Monkman’s other influence in creating his alter ego: Cher’s 1973 album Half Breed, on which the singer and gay icon explored her part-native heritage.

by Richard B. Wright

8 THE SECRET HISTORY OF

Miss Chief has so far proven an able tour guide for Monkman’s alternate narratives of cultural oppression. She’s helped set Monkman’s star on the rise in the art world. He’s represented internationally by prominent Canadian gallery Bailey Fine Arts, and is being collected by the likes of the Museé des beaux-arts in Montreal and the National Gallery of Canada, which is purchasing the title canvas of The Triumph of Mischief for a sum that Monkman says will be well into the six figures. “I wanted to seduce people into the work,” Monkman says. “I wanted to bring them in through these very beautiful, lushly painted, fun and humorous images. But it’s also a gentle way of getting people to look at larger, more brutal parts of history.” Miss Chief is doing all that—and in heels, no less. M 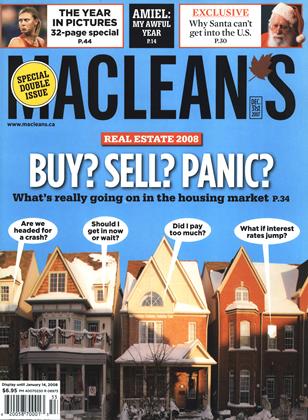