BY BRIAN BETHUNE • On March 23,1969, Assia Wevill, the “slightly filthy” lover of Hughes’s poem, hung up the telephone in her London flat after yet another dispiriting quarrel with him. She must have made a snap decision soon after, according to Israeli journalists Yehuda Koren and Eilat Negev in their compelling biography Lover of Unreason. Wevill washed down handfuls of barbiturates with shots of whisky, picked up Shura—the fouryear-old daughter she had with Hughes— went to the kitchen, opened the gas valves, and killed herself and her child. It had been barely six years since Sylvia Plath, Hughes’s American wife and the woman whose long shadow fell heavily on Wevill, committed suicide in exactly the same manner.

Plath has since ascended to iconic status, both as a writer and as a feminist martyr for those who never read a line of verse. Plath’s seven-year marriage to Hughes, later Britain’s poet laureate, once made them the most celebrated couple in 20th-century poetry; since her death, it has entered the realm of mythology. Hughes is generally, almost universally among Plath’s female fans, accorded the villain role—the incarnation of the male urge to suck the creative (and, sometimes, literal) life force out of the women in their lives. It was an inevitable development in their case. Plath’s confessional verse—her finest poems written in the months before her deathcoincided with the of the feminist

olution; for a poet, her readership is legion and emotionally intense.

Nor did circumstances cast Hughes in a good light. The couple had been separated for the six months before Plath’s suicide in February 1962. During that unusually cold winter, Plath—who battled depression her whole life—lived alone with two very young children, under harsh financial circumstances. Meanwhile, Hughes had taken up with Wevill, and Plath learned of her pregnancy just before her suicide. (Wevill, in turn, had an abortion after she heard of Plath’s death.)

Above all, Plath was dead and Hughes was still alive—after Wevill’s mimic suicide, Hughes was still alive, and two women were dead. To paraphrase Oscar Wilde, to lose one beloved to suicide is a tragedy, to lose two looks like deep-dyed guilt. Small wonder a steady stream of women visited Plath’s grave over the years, bent on chiselling “Hughes” off her headstone. Or that feminist commentators continue to publish articles like “Ted Hughes: A Talented Murderer.”

In contrast to Plath’s fame, Wevill was largely forgotten, despite having been magnetically attractive to almost every man who met her, and as entrancingly exotic as “Dreamers” portrays her: born in Berlin to a Russian Jewish father and a German Lutheran mother, raised in Tel Aviv and educated in

Vancouver. Wevill’s place as “the other woman” in the triangular tragedy did not fit easily into what rapidly became a feminist, binary Sylvia vs. Ted story. Even when Hughes wrote of her years later in “Dreamers,” it was from his and his wife’s point of view: “She sniffed us out.” It’s an undeserved fate, according to Koren and Negev, one they’re determined to reverse.

Born into relative luxury in Berlin in 1927, Assia fled Germany in 1933 with her family. Settling first in Tel Aviv, the Gutmanns were determined to get back to Europe after the Second World War ended. Assia was sent ahead, to attend art school in London—and to marry a British airman she had met in Tel Aviv. After the wedding, he could sponsor the rest of the family.

John Steele did wed the reluctant but dutiful Assia two days after her 20th birthday, but soon stunned her with the news they were going to emigrate to British Columbia. Assia was so appalled—an old English friend explained to Koren and Negev that living in a backwater like Canada “meant intellectual death to her”—that she promptly swallowed 50 Aspirins and had to have her stomach pumped. Vancouver proved enjoyable enough. After she and Steele divorced, Assia embarked on a series of affairs while studying at UBC— including a brief fling, according to Lover of Unreason, with iconic poet Earle Birney.

But none of those affairs gave Assia what she craved: intellectual and social excitement within a life of secure comfort. She impul-

sively accepted a marriage proposal from Dick Lipsey, later a distinguished and wealthy economist, but then an impecunious grad student. She convinced him to do his doctorate at the London School of Economics. One frequent visitor to their flat was a fellow LSE student, Jacques Parizeau. The future separatist premier of Quebec “was quietly in love” with Assia, Lipsey recalls. Then, on a 1956 voyage back from a Canadian vacation, Assia met and fell in love with the man who would become her third husband.

“Seven years between us. / Seven planets, seven stones smeared with blood” wrote David Wevill in 2001 about the exotic older woman who had bowled him over. Now a prominent Canadian poet, David Wevill in 1956 was a 21year-old Cambridge student. He and Assia had a long and happy affair before finally marrying in i960, with day jobs in advertising and nights full of poetry. Then, in late 1961, the Wevills replied to an ad for a flat to sublet: Plath and Hughes wanted to move to the country. None of them had met before,

AT UBC, ASSIA HAD A BRIEF FLING WITH POET EARLE BIRNEY. LATER, IN LONDON, JACQUES PARIZEAU ‘WAS QUIETLY IN LOVE1 WITH HER.

but the three poets knew and admired each others’ work, and all four, David told Koren and Negev, got along “like a house on fire.” So much so that the Hugheses invited the Wevills down to Dorset in May 1962, for a weekend visit that has its own mythic status in the story of Ted and Sylvia and Assia. As Hughes recalled those days in “Dreamers,” it was all a matter of fate. Others, from the Plath side of the divide, describe 48 hours of calculated seduction from Assia, including rising early to greet Hughes while wearing a negligee. Whatever the truth of that, Hughes did come alone to Assia’s ad agency five weeks later. Not finding her there, he left a nine-word message that she was thrilled to share with her co-workers: “I have come to see you, despite all marriages.”

The two couples spent the next few months in the sort of marital half-life common to the dissolution of all Assia’s unions. Each of the four had their own response. David, deeply shocked, took a knife and went looking for Hughes; failing to find him, he returned home and swallowed 30 Seconals. Assia found him at midnight, and called an ambulance in time. Wevill, who has never said anything bad about his first wife, hoped she’d get over Hughes and was in no hurry for a divorce. That suited Assia: being alone was her nightmare scenario. She never abandoned any one of her husbands without being sure of the next.

And the Plath-Hughes relationship was horrifically complex. Plath was in a constant, though inconsistent rage, simultaneously planning a holiday with Hughes and contemplating life alone—like Assia she dreaded not only loneliness, but the prospect of poverty. Hughes, meanwhile, shuttled from wife to mistress and back, unwilling or unable to commit to either. By November, Ted and

Sylvia were in separate London flats. On Feb. 7, 1963, Plath went to see Hughes to tell him she didn’t want a divorce after all. While there

she saw a surprising sight, a red Oxford edition of Shakespeare, apparently a replacement for the one she had destroyed in a jealous fit. Reading the inscription, she found it was a gift from Assia; to Koren and Negev, it was “a fatal blow, like a bullet striking a running animal.” Four days later, she was dead.

It is possible to guess the sort of future Wevill and Hughes might have had under more usual circumstances—given their past track records, happily ever after was hardly in the cards. But Plath’s suicide ensured they never had a chance. Pressure came from the outside, where Plath’s family agitated to bring Hughes’s children to America and Plath’s already outraged friends were further angered by Assia’s refusal to feel guilt about her death: “Why should I?” she retorted to

a co-worker, “It was nothing to do with me.”

But the worst pressure was internal. In her diary, Assia recorded her primal fear, that she was becoming Sylvia: “Now that I am forced to wear her love-widow’s sacking, what, in five years time, will he reproach me for?” Neither the birth of Shura nor her divorce brought them to marriage or even a shared home. When Hughes began to move on to other lovers, Assia began to think hard about walking down Plath’s road. In January 1969, she wrote a suicide note; in March she acted.

For anyone outside the closed circle of Plath fanatics, it’s an old, sad story now. Despite all the personal betrayals, novelist Fay Weldon, who knew everyone involved, believes it was simply a matter of volatile people exploding in a volatile time. For all the sexual freedom of Swinging Sixties Britain, feminism still lay ahead. Plath and Wevill, says Weldon, “saw their lives in terms of being loved or not by a man. It was terrible to be abandoned, death was better than rejection.” M 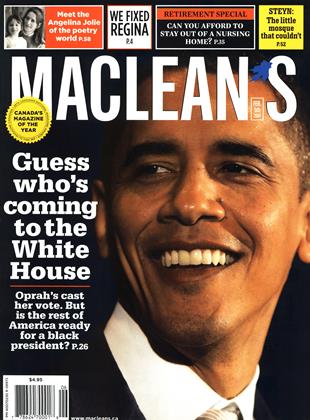