Beverly Howard Mylett was born on March 16,1949, in the English seaside town of Blackpool. Soon after, his mother, Elizabeth “Betty” Mylett—a beautiful but stern and unmarried woman—sailed for Canada to join her sister Mary, a war bride living in Kamloops, B.C., with her husband, Beverly Hall. When, on June 27,1949, her ship docked at Halifax, Betty and her three-month-old son were met by Beverly’s brother William Hall, a janitor at a Kamloops old-age home and the man she had agreed to marry. Three years later, William adopted his wife’s young son, who became Howard Hall.

By his teens, Howard—at six-footfour with big blue eyes, a cheeky grin and a talent for art—was both a local swimming champion and a colourful charmer, “always with a twinkle in his eye, as though he was up to no good,” says Sue MacKay, an old friend. In 1969, shortly after his graduation, an undercover policeman approached a friend of Howard’s to buy marijuana. “Is it good?” he asked Howard, who said it was. The remark earned him 18 months in prison, during which time his mother left Canada for a rich Blackpool man. Upon his release, on March 8,1970, two men in suits handcuffed Howard, drove him to the Vancouver airport and put him on a flight to England. He was not to return to Canada, they told him, for five years. Settling in Leeds, he worked variously as a financial adviser, an auto-parts dealer, a male model and a hairdresser, paying the first of a handful of visits to Kamloops in 1975Back in Leeds, Howard lived for a time with Lesley Ann Pawsey, though they had gone their separate ways by 1979Two years later, when a friend pointed out the little girl in a crowd, Howard learned he had had a daughter. Though he tried, he would never see her again.

Both Howard’s parents died in 1986. While in Kamloops arranging his father’s estate, Howard decided to stay, buying a cabin on a five-acre lot off a dirt road in the backwoods of Deadman Valley, west of the city. In his black cowboy hat adorned with a band he beaded in the native style, his turquoise Western boots and his trace British accent, Howard cut a romantic figure. His cabin was “his sanctuary,” says his friend Gary Chambers. “There were deer grazing in his backyard, he’d trade with the Indians for meat and eat bear-he was a bit of a wild man.” With a trout creek cutting through his lot and many rivers nearby, he became an expert fly fisherman.

“He was a poet in motion,” says another friend, Sally Bishop. “We’d go out to the old grasses with brooms and beat out some grasshoppers with barbless hooks and fish for sturgeon in the rocks.”

Yet it was a troubled homecoming. A mysterious bureaucratic error dating to 1949 had persuaded immigration officials that Howard was not Canadian. Efforts to re-establish his status were hampered by his marijuana conviction—even after a judge granted him a pardon—and in 1989 he was ordered deported. He returned two years

later on a visitor’s visa and never left, evading a subsequent deportation order for eight years and living for a time on the lam. Officials had no hope of capturing Howard, whose neighbours phoned ahead at their approach. “Howard just went out the back door, took his dog and his fishing gear and— gone,” says Sally. Haunted by his situation, he scrawled the words “H. Hall is Canadian” on a rock off the highway, often touching it up with fresh paint. Unable to work, he bartered or sold paintings. He otherwise depended on food banks, handouts from friends or lived on potatoes. A smoker, he developed emphysema, but could not avail himself of provincial health care. Though in 2002 immigration officials said they would no longer pursue him, Howard remained without status. The experience left him cautious of others. Nevertheless, he reached out, calling friends late at night after too many brandies. “Howard, don’t phone me when you’re drinking,” some took to saying.

And he was buoyed in the early 1990s after receiving an unexpected call—from Michelle, his lost daughter. “He’s always been the piece of my puzzle that was missing,” says Michelle, now 28, married with two young children and living in Leeds. Howard was upset recently when, due to his immigration difficulties, he could not travel to England and give Michelle away at her wedding—“even though,” she says, “he said I never belonged to him anyway.”

On May 8, two days after his daughter’s wedding, Howard, who had been drinking brandy with a friend, started for home down the Deadman Valley Road in his beat-up mid-’80s Chevrolet 4x4Witnesses saw him swerve, then stray off the road, across a farmer’s field and over a 15-m cliff. Howard was not wearing a seat belt. He was 58. “If anything,” says Sally, “Howard Hall died on his homeland soil.” 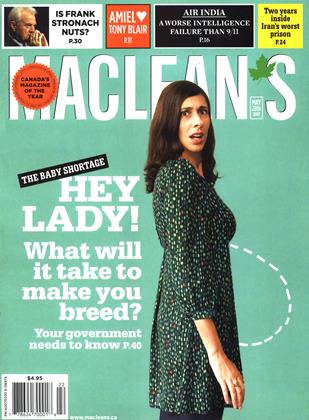