What’s left to do to have fun around here? NICHOLAS KÖHLER July 30 2007

The history of Thompson, a Manitoba mining hub 800 km north of Winnipeg, begins in 1956, when nickel giant Inco established it as a model town. A half-century later, Thompson still reflects its original design as a mining utopia—a circular downtown wrapped in the ribbon of Thompson Drive, with spoke roads connecting the core to where the townsfolk live. Such plans were meant to keep all residents within 15 minutes’ walking distance of the hotels, stores and bars that other towns relegate to Main Street. Now that ease of movement merely keeps the public drunkenness and lewd behaviour of contemporary Thompson all too near to too many.

Recently, city council unanimously approved a “behavioural bylaw” aimed at curbing that decrepitude by banning a range of nefarious activities, from drunkenness to spitting to public sex and urination. Such ordinances aren’t new to Canada—Calgary adopted something similar last fall—but this bylaw goes one better, effectively putting the kibosh on pastimes as innocuous as throwing snowballs and climbing trees. There’s an undeniable poetry to the document—“No person,” it says in one section John Donne might have written, “shall bark, break, peel, cut, deface, injure or destroy” trees on public property. Elsewhere it stipulates that “[n]o person shall cast, project or throw any stones or balls of snow or ice or other missiles dangerous to the public.” A first misstep could draw a fine of $50; scofflaws face a maximum of $1,000 or 90 days in jail.

Taking a hard line hasn’t always worked for Thompson. This year it dropped a curfew dictating when kids had to be home at night after parents charged the city with discriminating against its youth. Tom Sawyer and Huck Finn, who revelled in afflicting the humourless most of all, would have had a field day. M 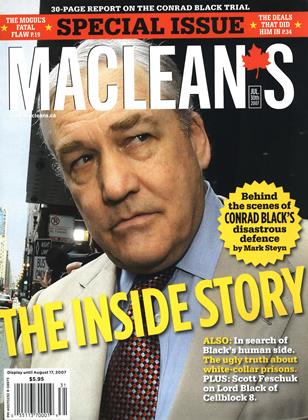