son opens this week, voters in the early states of Iowa and New Hampshire barely have time to shake off their New Year’s hangovers before braving the snow and cold to head out and choose their preferred candidates in the earliest presidential primary contest ever. They’ll have time to put their winter clothes away, and pull them out again, before the actual election rolls around on Nov. 4.

ventions, regardless of the outcome of primaries. But the power of party bosses began to be handed over to primary voters after the 1968 election, when Democrats empowered party voters to tell convention delegates which candidate to support. In the 1970s, it also became clear that the earliest states, such as Iowa and New Hampshire, would get the most attention and spending from candidates—and could even catapult them to victory. A severe case of “New Hampshire envy” set in, and states began to inch their primaries forward every four years. The final straw came in 2004, when John Kerry emerged from a tight field to grab the Democratic nomination by February on the strength of his performance in tiny Iowa and New Hampshire. Larger states were outraged that they’d had little say, and began leapfrogging each other for earlier dates in a bitter free-for-all that for a time threatened to push the 2008 primaries back into 2007. “There is a lot of blame and concern that some states are favoured over others,” says Ryan O’Donnell, a spokesman for Fair Vote, an election reform think tank based in Maryland that advocates for a redesign of the primary system.

Some states were so desperate to get in early that they broke party rules intended to prevent calendar creep, and now face the loss of delegates. For example, the key battleground state of Florida will lose all its Democratic delegates and half of its Republican delegates for moving its previously scheduled March primary to Jan. 29. But the result of

all this is a front-loaded calendar with several primaries in January, followed by a monster day ofvoting on Feb. 5 dubbed “Super Duper Tuesday” and featuring more than 20 states— after which most delegates to the convention will have been assigned. All that, seven months before the Democratic convention on Aug. 25-28 in Denver and the Republican convention on Sept. 1-4 in Saint Paul, Minn.

No one is happy about this turn of events. Not the candidates and their staffs, who have spent most of the holidays campaigning, and have dropped more than $11 million in Iowa and New Flampshire trying to capture the big boost of an early win. Nor the people of the early states, who have been vetting potential candidates since, more or less, the last election ended—in what has become pretty much a permanent campaign season.

The parties have little to gain by picking their candidates so early. “You could wind up with a situation where a candidate looks good and fits the moment in January, but doesn’t seem to fit the moment anymore by July, let alone November,” says Andy Busch, a political science professor at Claremont McKenna College in California and co-author of the book The Front-Loading Problem in Presidential Nominations. “Another problem is, voters wind up getting bored.”

The candidates are also unsure how best to play the system. Most campaigns are pinning their hopes on the early states. The poster boy for this is Mike Huckabee, the former governor of Arkansas and a candidate with little funding. He rose from obscurity to the top of the polls after his strong per-

formance in the Aug. 7, Ames, Iowa, straw poll. On the other hand is former New York mayor Rudy Giuliani, who has all but abandoned Iowa and New Hampshire and is staking his campaign on doing well in the Feb. 5 states, thanks to his high national name recognition and powerful fundraising base.

“The Huckabee situation to me represents the problem with the system,” says Tova Wang, a scholar at the Century Foundation, a think tank in Washington. “He is doing very well in Iowa and South Carolina [another early state]. The question is whether he is going to have the resources to go beyond that to Feb 5. There is no time for him to build that support and fundraise the way he needs to.”

On the other hand, a media frenzy for the early winner could also determine the Feb. 5 contests. “The danger is, someone does well in the early going and builds up a wave of momentum, and before anyone has a chance to register second thoughts, the whole thing is basically over,” says William Mayer, an associate political science professor at Northeastern University and Busch’s co-author.

The current predicament is the ironic consequence of well-meaning reforms 40 years ago that attempted to give all voters more say. Back in 1912, Theodore Roosevelt ran for president and won most of the primaries that were held. But when he got to the convention, machine politics took over and he lost the nomination. “It was wheeling and dealing. Picture a fat guy in a hat with a cigar choosing the candidate,” says O’Donnell. Back then, convention delegates were not obliged to support the same candidates that those sending them to the convention did. In fact, in some states it was not even possible for a voter to indicate a preferred candidate on a primary ballot (which was and still

remains a vote for a delegate to the convention, not a direct vote for a candidate).

But the 1968 Democratic convention in Chicago, in the midst of the Vietnam War, changed all that. There were riots outside the meeting and tumult inside. When the party bosses gave the nomination to Hubert Humphrey, who had not contested any primaries or caucuses, the anti-war supporters of Eugene McCarthy were outraged, and the party struck a commission that overhauled the system, allowing the party grassroots to dictate how delegates would vote. Republicans eventually followed suit on many of the reforms.

ence as first in the nation came about by evolution, not by design. But a watershed moment occurred in 1976, when Jimmy Carter used his victory in Iowa to help catapult him to the nomination, setting an example that future campaigns followed. Now, as candidates have grasped the importance of a strong early start, the two small states don’t want to let go. “They have a very large core of political activists who love the position,” says Mayer. “There are local city councillors and town party chairs who have come to accept it as part of the natural order that they will get calls from Barack Obama, Hillary Rodham Clinton and John Edwards, and they fight like mad to retain thenposition—and so far they have succeeded.”

Everyone agrees that the Iowans and the good people of New Hampshire are wonderful at what they do : they welcome candidates to their Fourth of July picnics, they open their homes to the most marginal hopefuls, read the small print of the platforms, and faithfully tune in to debates. But they aren’t the ideal litmus test for a presidential choice. “Iowa and New Hampshire are among the least diverse ethnically and racially in the country,” notes Wang. Their influence has elevated the importance of local issues, such as ethanol and farm subsidies, to the detriment of others. “What about land and water usage in the West? What about mass transit? Those are huge issues but they are not talked about,” says O’Donnell.

There have been multiple attempts to deal with front-loading, even some to dislodge Iowa and New Hampshire, as well as other changes. This year, in an attempt to elevate

the importance of African-American, Hispanic and urban voters, Michigan and Nevada, as well as South Carolina, also have January primaries. More ambitious reform proposals include a plan to create regional primaries with blocks of states voting on common days, spaced apart through the year. Others, such as a plan advocated by O’Donnell at Fair Vote, would allow different small states to take turns leading off the process and give other voters a say. So far none has succeeded. Part of the problem is that both parties would have to agree on reforms because states prefer to have primaries for both on a single day. And any attempt by Washington to legislate change runs the risk of a court battle, on the grounds that the federal government does not have the constitutional authority to tell the parties how to run their primaries.

Back in 2000, the Republicans came close to changing their rules. A group of former committee chairmen proposed the Delaware plan, so-called because it would have allowed a group of small states to go first. “The effort of our group was to find a way to craft a more thoughtful process that would allow every state to have a voice,” says former Tennessee senator Bill Brock, who led the effort. “We involved a significant number of Democrats—they were candid in saying that if we had been successful, they would have followed suit.” But shortly before the measure was to be presented on the convention floor for a vote, the Bush-Cheney campaign forced the organizers to yank it. Some larger states opposed the plan, and the Bush team didn’t want public controversies to detract from the image of party unity they wanted beamed to TV viewers. “The Bush team decided they didn’t want any contest,” says Brock.

The current chairman of the Republican rules committee, David Norcross, says the committee will meet later this month to consider additional punishments for states that move their primaries up, from yanking convention hotel rooms, guest passes and floor assignments, to removing all of the delegates for states that break the rules, as the Democrats do. The committee also plans to choose a primary reform plan by April, that will be presented to the convention in September.

But most observers doubt that anything will happen unless the Republicans alter their procedures to allow changes to the process to be made in-between conventions, rather than in the media glare where they are more likely to fail. (The Democrats allow such rule changes.) Don’t bet on it happening. “That is extremely unlikely,” Norcross said. Making such decisions at the convention is “part of the very foundation of our rules.” If the current race to be early continues, Iowans might want to plan for caucuses on Christmas 2011— or perhaps Thanksgiving or Halloween. M 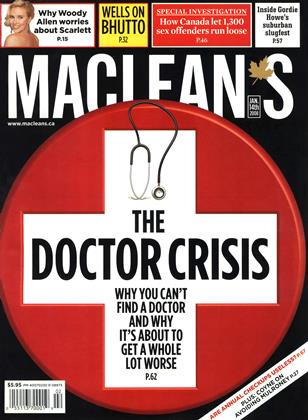