Gilbert Sandberry was born in Churchill, Man., on Feb. 15, 1973, the second of four children born to Sarah and Thomas John, a Dene hunter. Soon after, along with the rest of their Sayisi First Nation, the family moved to tiny Tadoule Lake, a remote subarctic region 150 km south of Nunavut. The boys, Richard, Gilbert and Leonard, were each born a year apart; to their delight, Thomas John would carry them around by his neck, their thin arms hanging on for all they were worth. Charlotte, the only girl, came later. Gilbert, a cheerful, dark-haired jokester, most resembled Thomas John: same eyes, cheeks, and hair, says his uncle Joseph Yassie. The resemblance grew striking as he got older.

“They were identical,” says Nancy Powderhorn, Gilbert’s cousin. “He liked hearing that. But, sometimes,

I think it hurt.”

When Gilbert was six, Thomas John drowned in Tadoule Lake while returning from a fall hunt.

His death rocked the Sayisi Dene, who for 15 years had lived under horrific conditions in Churchill and had relocated to Tadoule Lake in an attempt to start fresh. The Churchill years—the result of a forced relocation in 1956 by the federal government from their former home—devastated the band. According to an official who greeted their plane, few understood where they were or why they were there. No one spoke English. When promised housing

and building supplies failed to materialize, the band settled in shacks at the edge of town. Few found work, and most resorted to scavenging from the dump. By 1969, a third were dead, most by suicide or house fire. Distraught, a group of band leaders, including Gilbert’s father, initiated a back-to-the-land movement. In 1971 Gilbert’s great-uncle, former chief Peter Yassie, found Tadoule Lake, the most northern and isolated community in Manitoba, and, two years later, the band began the move. Gilbert was born that winter.

It was a hopeful era, and Gilbert’s parents, like many others, believed they could return to a lost way of life: hunting for moose and caribou, fishing in the plentiful lake. But it came crashing to an end when Thomas John drowned. Pregnant with Charlotte, Sarah left. “She just couldn’t live here anymore,” says her brother Joseph. The townsite is built on a high esker bluff overlooking water. “She couldn’t stand to see the lake,” he explains. Her

Rubina spoke no English, and taught Gilbert and his brothers to speak Dene—rare for kids their age. As a child, Gilbert began painting and drawing caribou and eagles, said to bring good luck. No one taught him. “He must’ve had it in him,” says Nancy. In 1986, after graduating from Peter Yassie Memorial School, Gilbert moved to Winnipeg with his brothers, to attend high school. Like most kids from

Tadoule Lake, he boarded in homes in the city’s north end. “We adapted to city life,” says Richard. “Gilbert, especially, liked it.”

After high school, he moved back north, working construction and travelling all over Manitoba. “He hitchhiked to Winnipeg,” says his brother Richard. “And he lived in South Indian Lake, Leaf Rapids and Thompson.” There, he met Levina Dumas, with whom he had two children, Precious and Miles, now 8 and 4; he’d carry them around his neck, the way his father would him.

Kind and gentle, Gilbert was “a stay-in-the-background, notmake-noise type of guy,” says Nancy. “His father was just like that. There’s not too many gentle people here. Churchill was rough. Let’s just put it that way.” His uncle Joseph says Gilbert lived “in his own world.” He still painted—“his art is everywhere,” says a band member—and he participated in hand games and drum-singing, like his father.

Recently, however, Gilbert had fallen on hard times; he was drinking, and he and Levina had split up.

In mid-August, Gilbert moved back to Tadoule Lake from Leaf Rapids—for his kids’ sake, says Joseph. He hoped to take them back with him, he says. He was happy to be home, says Richard. He and his cousin Albert Thorassie spent the last days of summer fishing off the rocky shore, near the school. On Aug. 27, they headed out to the open water in a small red canoe. A half-hour later, a strong wind blew in, kicking up whitecaps across the wide, subarctic lake. The next day, frantic searchers found a single shoe and a broken paddle on the lakeshore. Two weeks later on Sept. 12, the day after Thorassie’s remains were found, Gilbert’s body was retrieved from the lake’s south end, near the spot where, 29 years earlier, his father’s body had been pulled from the cold, clearwater. Each had come to Tadoule Lake to try to start over. 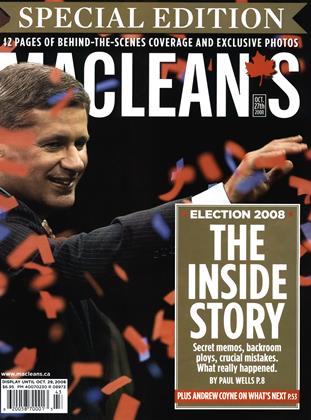