Slow and steady doesn’t always win the race—but it’s a good way to get somewhere. Jack Layton’s NDP party is attracting more and more attention in the press, a sign its momentum is building as the Oct. 14 election nears. “The NDP campaign has been relatively successful,” says Stuart Soroka, co-director of the Media Observatory at the McGill Institute for the Study of Canada. “If we want to pick the party that’s steadily improving in terms of coverage, it’s the NDP.”

According to the 2008 Federal Elec tion Newspaper Analysis Project, a weekly election feature in Maclean’s, Layton’s party is increasingly relevant. The NDP was mentioned first in 11 per cent of election articles from Sept. 14 to 20, up from nine per cent in the first week of campaigning, and four per cent the week before. Layton’s getting more headlines, too: last week, he earned six

per cent of first mentions, finally beating Green party Leader Elizabeth May, who until then was getting more coverage than he was.

to come up with a “net tone.” The NDP’s net tone improved over the past two weeks, suggesting they’re getting more support in the newspapers. (So far, the NDP has a net tone of 0.01, while the Conservatives and Liberals both have -0.4. May continues to have the best results of any leader, with 0.6.)

But the papers’ increasing focus on the NDP has not come at Stephen Harper’s expense. “This campaign is clearly about the Conservatives, and whether other parties can catch up to them,” Soroka says. Last week, Harper continued to dominate media coverage, earning more than double the number of first mentions than did his rival, Stéphane Dion (36 per cent of articles mentioned Harper first; 16 per cent mentioned Dion). The economy is far and away the defining issue: last week, a whopping 55 per cent of election articles mentioned the economy or employment. Yet coverage of the environment, a Liberal centrepiece, has dwindled. While 35 per cent of articles mentioned environmental or energy issues in the first week of the campaign, last week just 25 per cent did.

While Harper continues to emphasize the economy, he “seems to be going out of his way not to talk about the environment,” Soroka says. “If his objective is to maintain the same kind of tone and issue emphasis, it looks like he’s done it.” There’s a silver lining for the Liberals—their party finally got as much coverage as the Conservatives last week, when both earned 26 per cent of all first party mentions in the dailies. (The week before, the Liberals got 23 per cent, while the Tories got 35 per cent.) “This would be relevant, if Harper weren’t all over Dion,” Soroka says. Indeed, the Liberal party is faring better than its leader. Last week, Dion attracted roughly the same amount of media attention he did in week one of the campaign. For the Conservatives, “holding steady is a good thing,” Soroka says. For the Liberals, not so much.

So, should the Liberals be after the same slow growth achieved by the NDP? “I would say so,” Soroka says. But for them, “fast growth would be even better.” M 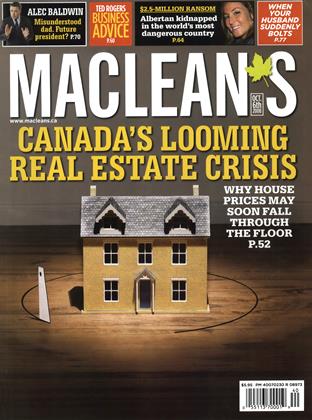