'If the Canadian government recognizes Kosovo, I am out of here in 48 hours. The declaration of independence is illegal.' March 10 2008

Dusan Batakovic, 50, arrived in Ottawa last fall as Serbia’s new ambassador to Canada. The former Belgrade University history professor was an opponent of former president Slobodan Milosevic, and was threatened by paramilitary forces for his efforts against the regime. Batakovic is also an expert on the disputed Serbian province of Kosovo, and has served as an adviser to current Serbian Prime Minister Vojislav Kostunica on the Kosovo issue. He spoke to Maclean’s about Serbia’s position on the breakaway region, and why Kosovo’s recent declaration of independence has aroused such fierce emotions among Serbs.

QWhen Kosovo unilaterally declared independence on Feb. 17, a number of Western countries [eight out of 27 members of the EU], including the United States, rushed to recognize the Serbian province as a new state. In protest, Serbia promptly recalled its ambassadors from those countries. What are your prospects for remaining in Ottawa, as the recently appointed ambassador?

A: If the Canadian government recognizes Kosovo, I am out of here in 48 hours. [Serbian] President Boris Tadic has sent a letter to the Governor General demanding that Canada not recognize the independence of Kosovo and invoking all previous legal acts, including UN Security Council Resolution 1244, asserting Serbia’s control over the prov-

ince of Kosovo. I have conveyed the decision of the Serbian parliament to the Canadian foreign ministry that the unilateral declaration of independence is illegal.

We have seen that the Parti Québécois has rushed to support their “Kosovar brothers” and we warn Canada of the dangers for this country of recognizing Kosovo. This is a dangerous but important precedent which is encouraging separatists around the world. I am hopeful that Canada, with its commitment to the United Nations and to international law, will not recognize Kosovo, but I don’t know what will happen here in the future.

Q: Are you worried that Kosovo’s independence is creating a sharp division in the international community, with Russia, India, China, Brazil and Indonesia, among others, refusing or expected to not recognize Kosovo’s independence even as the U.S. and some of the EU rallies behind the ethnic Albanians in Kosovo? Are Serbs worried that this will jeopardize their ability to join the EU, which has been the goal of reformers like yourself since the ouster of former Yugoslav dictator Slobodan Milosevic in 2000?

A: Serbia considers itself a European state, but if you asked Serbs if they would join the EU at the expense of Kosovo, the answer would be overwhelmingly to keep Kosovo. Our Western partners have not understood that Kosovo is not just a territory of 1,300 Serbian monuments and churches. It’s a con-

stituent part of Serbian identity. I am a Serb, a Christian and also a European, and Kosovo is a very important part of my identity. Kosovo is in the heart of every Serb. There are 200,000 Serbs in Canada, two million in the United States and one million in Europe, and they all celebrate one holiday on June 28— Kosovo Day.

Q: You’re speaking of the battle of Kosovo in 1389, in which the Serb forces under Prince Lazar were defeated by the Ottoman Turks—a day that was very effectively used by Milosevic to fan the flames of Serb nationalism, and justify the wars that led to the breakup of Yugoslavia.

Also, please remember that Serbs are not celebrating the defeat on June 28. They are celebrating the struggle against oppression, the struggle for freedom, and people who have sacrificed for freedom of the nation. That’s why people took to the streets to protest Kosovar independence last week, and they included everyone from our prime min-

ister to [filmmaker] Emir Kusturica and tennis star Novak Djokovic [who gave his support by video conference]. For the most part, the protests were magnificent and very peaceful, with only a small percentage of people engaging in hooligan actions, which ended up with the regrettable attacks on Western embassies.

Q: Several foreign embassies were damaged, and protesters set fire to part of the United States Embassy. Many have criticized the Serb security forces, who seemed to let them get away with it. In the ethnically divided city of Mitrovica in northern Kosovo, 5,000 Serb demonstrators confronted UN police guarding a bridge leading to the Albanian side of town. Do you think that we can expect more violence from Serbs, especially to protect those who still live in Kosovo?

A Serbs will remain defiant beyond any doubt. But it is difficult to predict what will happen, what will be the internal dynamics within Serbia and the attitude of the European Union. There is a whole new post-Milosevic generation—people who don’t remember the wars or the 78-day NATO bombing of our country [in 1999]—who see the Western attitude to Serbia as a total injustice. We have a great deal of difficulty to convince them that they are not treated as eternal scapegoats for everything bad that has happened in the Balkans.

Q: Is there a feeling among the Serbian government and the Serbian negotiating team on the status of Kosovo, of which you were an important player, that the U.S. and most of the EU recognition of Kosovar independence is about punishing Serbia for the crimes committed by Milosevic, especially the wide-scale human rights violations committed by Serb paramilitaries in Kosovo that led to that NATO bombing campaign?

A: I understood where we were in negotiations on Kosovo when [UN special envoy on Kosovo Martti] Ahtisaari told me, “You Serbs are guilty as a nation and have to pay the price of collective guilt.” This was in Vienna in 2006. I asked him, if we are guilty as a nation, why are we not all at the Hague tribunal? His comments became a major scandal in Serbia; he eventually moderated his position, but the issue of collective guilt and the punishment of Serbia by the international community has stuck. [Ahtisaari denied talking about collective guilt, stating that he remarked that “every nation had its own burden to bear and had to live and deal with its past.”]

Q: But you and the reformers who took over Serbia after Milosevic were yourselves victims of his regime. You were a university history

professor who refused to sign an oath of allegiance to Milosevic, who made your life very difficult.

A: I was very active in the anti-Milosevic movement since the mid-1990s when I returned to Belgrade from my Ph.D. studies in Paris. I was president of the Council for Democratic Changes in Serbia, an anti-Milosevic NGO. I was followed and threatened by paramilitaries. I was threatened to be killed if I didn’t shut up, and I refused to give up. I never signed the oath to Milosevic at the university and I was very close to losing my job.

Q: What is your biggest worry about an independent Kosovo?

A: Look, Kosovo had almost nine years with the help of the international community [the UN mission] to implement non-discriminatory measures to protect minorities in the province, but the only thing that Kosovar Albanians have done is engage in their own ethnic cleansing. And I fear it will only continue, and Serbs and other minorities will not be protected as per the requirements of UN Resolution 1244Pristina is the only ethnically cleansed capital of Europe. In 1999, there were 40,000 Serbs. Now there are 86 Serbs left. Sixty per cent of Kosovo’s Serbs [about 200,000] are living as internally displaced persons or refugees in Serbia and Montenegro. In Kosovo, 156 Serbian Orthodox churches have been destroyed by these Balkan-type Talibans. They are destroying Serb medieval churches in order to erase any trace of Serb presence in the area.

Furthermore, there is no respect for the rule of law in Kosovo. In Serbia, there are several legal cases against Serb policemen for crimes committed against Albanians, but in Kosovo, where 1,300 Serbs have been killed and an equal number have been abducted, not a single perpetrator has been brought to justice. Kosovo is the only place in the world where someone can become a prime minister after killing a policeman.

Q: You are speaking ofHashim Thaçi, the former guerrilla leader of the Kosovo Liberation Army, who was elected prime minister by Parliament in January.

A: It is very sad to me that our Western partners have rejected democratic Serbia and everything we have achieved in the last eight years as a natural framework for solving the Kosovo issue, and are embracing former warlords like Hashim Thaçi.

Q: What will happen on the ground in Kosovo if it is widely recognized by the international community?

A: We will see how these things are going to proceed. Kosovo is dependent on Serbia for both water and electricity, and there are municipalities that are still integrated into

the political system of Serbia. People are still receiving salaries from the government of Serbia and schools are still operating under our jurisdiction, a state of affairs that never stopped, even in 1999.

Serbia will use all democratic and legal means to prevent Kosovo from becoming a UN member, which in addition prevents it from joining other international bodies, such as UNESCO, UNICEF and the World Bank. We know that this time, law and justice are on our side and we cannot be sanctioned this way when we are asking to be treated as an equal partner in the international community. We cannot be asked to give up 15 per cent of our territory. No EU country has had to compromise its territory or identity. Kosovo has 70 per cent of all the mineral wealth of Serbia, including zinc, gold and silver. It has 90 per cent of its coal reserves. This is not

‘Kosovo has 70 per cent of all the mineral wealth of Serbia.

This is not only about territory and heritage.’

only about territory and heritage, it’s also about business.

Q: Do you think that Albanians will come back to the negotiating table?

A: It entirely depends on the powers that influence them. Over the last three years, Serbia has offered all sorts of supervised autonomy to Kosovo, but they have refused to negotiate. It’s very bizarre for me to watch the UN forces in Kosovo. They are supposed to protect all its citizens, but are now protecting the borders of an independent Kosovo. This is not what they came for. M 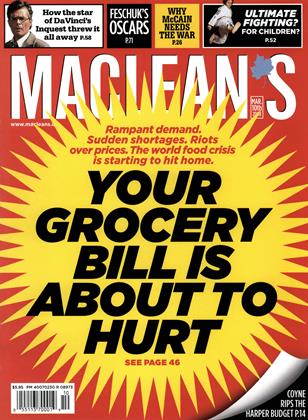