In The Village Voice the other week, the playwright David Mamet recently outed himself as a liberal apostate and revealed that he’s begun reading conservative types like Milton Friedman and

dering what he’s in for a year or two down the line, here’s how Newsweek’s Jonathan Tepperman began his review this week of another literary leftie who wandered off the reservation:

“Toward the end of The Second Plane, Martin Amis’s new book on the roots and impact of 9/11, the British novelist describes a fellow writer as ‘an oddity: his thoughts and themes are... serious—but he writes like a maniac. A talented maniac, buta maniac.’Amis is describing Mark Steyn, a controversial anti-Islam polemicist, but he could just as well be describing another angry, Muslim-bashing firebrand: himself. Talented, yes. Serious, yes. But also, judging from the new book, a maniac.”

Poor chap. What did Martin Amis ever do to deserve being compared to me? As Mr. Tepperman concludes, the new Amis is “painful for the legion of Amis fans who still love him for novels like The Rachel Papers and his masterpiece, London Fields.” But the masterpieces were in the fast-fading good old days before he transformed himself in to a fellow who, as a recent profile in Britain’s Independent put it, “chooses to promote the writings of a Canadian former disc-jockey called Mark Steyn.” I’m not sure which half of that biographical précis is intended to be more condescending. At least the “disc-jockey” bit is “former,” whereas the Canadianness is, alas, immutable: you can take the disc-

jockey out of Canada but you can’t take the Canada out of the disc-jockey. In fact, it was The Independent which “chose” to promote the writings of the ghastly colonial platterspinner. Having obtained an exclusive interview—the first with Mr. Amis since he found himself declared beyond the literary pale— the Indy’s man “chose” to spend most of his brief time with the eminent novelist bemoaning the non-eminent disc-jockey. It’s a very curious interviewing technique: “But enough about what I think of Steyn. What do you think of Steyn?”

The profile concluded that Amis had descended into a kind of schizophrenia, torn between “the left-wing... nuclear-disarming multiracialist” and the “Steyn-hugger.” An even more renowned literary personage sent me a note after The Independent’s piece appeared saying that, if you’d held a competition a decade ago to invent the phrase least likely ever to be appended to Martin Amis, “Steyn-hugger” would be pretty hard to beat. It’s faintly surreal to find oneself cited as the principal reason for someone else’s fall from media grace, and it’s not terribly fair to dear old Amis. His approval on me is very limited: Steyn, he says, “is a great sayer of the unsayable.”

In Canada, depending on how Maclean’s forthcoming “human rights” show trial shakes out, it’s legally unsayable. But Britain has not (yet) reached the benighted condition of a land policed by “human rights” commissions, and so for the moment Martin Amis refers only to what’s merely socially “unsayable.” He seems to have concluded that across the last 30 or 40 years the citizens of enlightened Western democracies have allowed their public discourse to shrivel to

the point where they almost literally lack a language in which to examine the critical challenges to our society.

Amis wrote the central essay in The Second Plane—“The Age Of Horrorism”—a couple of years back. It dwells on the “extreme incuriosity of Islamic culture” and remarks that “the impulse towards rational inquiry is by now very weak among the rank and file of the Muslim male.” Which is all but unarguable. But, ever since, he’s found himself writing pieces to which editors append headlines like “Amis: Why I Am Not A Racist” and “No, Look, Honestly, I’m Not A Racist.”

He has a point. Islam is everything but a race. It’s a religion—which is to say (if you’re an atheist like Amis and his friend Christopher Hitchens) an ideology. It’s also a political platform and an imperialist project, as those terms are traditionally understood. It has believers of every colour on every continent. So, if Islam is a race, then everything’s a race—from the Elks Lodge to the Hannah Montana Fan Club to the British Airways frequent flyer program. Moreover, to denounce as “racist” any attempt to discuss Islam is to accept that being Muslim, like being black, is a given, fixed, unchangeable. That’s what its adherents believe: 36 per cent of young British Muslims think that anyone attempting to leave Islam should be killed. But there’s no reason for non-Muslims to sign on to that. “Racist,” of course, no longer has anything very much to do with skin colour. It merely means you have raised a topic that discombobulates the scrupulously non-judgmental progressive sensibility. I wonder if one reason we seem so bizarrely fixated on “climate change” and the flora and fauna is because it’s one of the few subjects we can talk about without having any dissenting view greeted by cries of “Racist!” For the moment.

So much is “unsayable,” isn’t it? I mentioned a week or two back that 57 per cent of Pakistani Britons are married to their first cousins. Forty years ago, the notion of a Yorkshire grade-school class in which a majority of the pupils are the children of first cousins would have been unthinkable. Now it’s “unsayable.” Many non-Pakistani Britons are a little queasy about the marital preferences of their neighbours but no longer know quite on what basis to object to it. “The ethos of relativism,” writes Amis, “finds the demographic question so saturated in revulsions that it is rendered undiscussable.” Dissenting from recent immigration proposals, the NDP’s Olivia Chow said: “My fear is they will choose immigrants who they think are ‘good for Canada’ ’’—and we can’t have that, can we? A progressive nation must demonstrate its multicultural bona fides by taking a position of scrupulous disinterest in such matters: if 12,17,43,91 per cent of our immigrants turn out to be cousin-marriers, who are we to be judgmental? And so we string along, with cousin marriage, and polygamy, and more.

Unlike most writers, who chose to sit this one out, Martin Amis has struggled since Sept. 11, 2001, to find a lingo in which to mull these questions. The pen is mightier than the sword, but not if the ink you’re using is so diluted by “the ethos of relativism.” Before his descent into Steyn-hugging, Mr. Amis was a famously “cool” media personality, and you get the sense that he would prefer to accommodate the tensions of our time in a voice of amused detachment—a non-“maniacal” voice, as that Newsweek guy would say. But it doesn’t seem to do the job. He writes a short story about Mohammed Atta suffering from constipation and can’t quite pull it off. He decides to decry the media shorthand for the day of infamy: “9/11.” “My principal objection to the numbers is that they are numbers,” he writes. “The solecism, that is to say, is not grammat-

ical but moral-aesthetic—an offense against decorum; and decorum means ‘seemliness,’ which comes from soemr, ‘fitting,’ and soema, ‘to honor.’ 9/11, 7/7: who or what decided that particular acts of slaughter, particular whirlwinds of plasma and body parts, in which a random sample of the innocent is killed, maimed, or otherwise crippled in body and mind, deserve a numerical shorthand? Whom does this ‘honor’? What makes this ‘fitting’?”

Mr. Amis’ objection to me is that Steyn “writes like a nutter.” But in the above passage it’s the urge to write like a non-nutter that leaves the prose mincing like a pretentious sommelier asked to bring a bottle of Baby Duck. He’s struggling to find an aspect of the situation against which he can strike a writerly pose, and it smells fake because we know that’s not what engages him about the situation. Not really. He wants to write something more primal, more visceral, more felt. But, when he does, the media call him racist.

When he reviewed my book, he felt the jokes were inappropriate. And he had a point, at least to the extent that just about the first gag, way up front in the book’s second paragraph, was at his expense. I quoted a passage of his from the eighties, outlining his plans for coping with the impending ThatcherReagan nuclear armageddon:

“Suppose I survive,” he fretted. “Suppose my eyes aren’t pouring down my face, suppose I am untouched by the hurricane of secondary missiles that all mortar, metal and glass has abruptly become: suppose all this. I shall be obliged (and it’s the last thing I feel like doing) to retrace that long mile home, through the firestorm, the remains of the thousands-milesan-hour winds, the warped atoms, the groveling dead. Then—God willing, if I still have the strength, and, of course, if they are still alive—I must find my wife and children and I must kill them.”

And then I added: “But the Big One never

fell. And instead of killing his wife Martin Amis had to make do with divorcing her.” Mean and petty? Yes, indeed. And I feel a bit bad about it. But a couple of pages on and I was soon cheerfully hooting and jeering at the head-hackers and clitorectomy enforcers in much the same fashion. Mr. Amis felt jihadist snuff videos and the like were no laughing matter, but each of us gets through “the age of horrorism” as he can. If I didn’t laugh, I’d weep—and feel I’d already half-surrendered, for, as the late Ayatollah Khomeini pronounced, “There are no jokes in Islam.” I hope Martin Amis recovers a bit of his old drollery: he’s on the right side in this struggle and should bring the best weapon to the fight. It’s time for a great novel on the theme, a London Fields for a transformed London.M 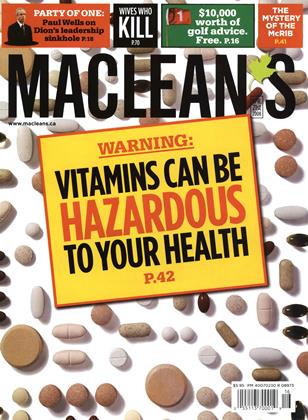